Funko. Even if you don’t know the name, you’ve probably seen their toys. They’re the ones that make those figurines with the big ol’ heads that line the walls of half the stores at the mall — the ones that seem to exist for just about every pop culture-related license on the planet, from random 80’s horror movies to mega properties like Star Wars or Marvel.

So of course they’re getting into Fortnite toys.

The company announced today that it’ll ship Fortnite-themed toys across 10 different product lines, from clothing, to keychains, to the aforementioned big-headed Pop! figurines. While there don’t seem to be any images of the toys in progress out there just yet, the company says the new stuff should start hitting the shelves by the holidays of this year. 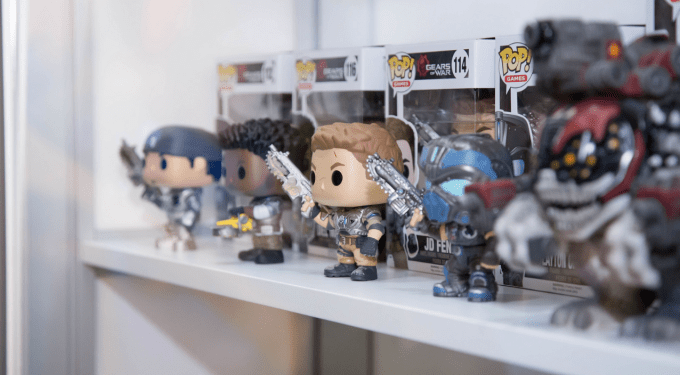 Fortnite is a pretty obvious fit — and as long as the game’s absolutely ridiculous popularity doesn’t dive off a cliff before Christmas for some reason, it’s a pretty big win.

It’s easy to imagine Funko-fied versions of the game’s most recognizable bits, like a vinyl keychain Battle Bus or a Pop! version of the supply llama. But even beyond that, it could be a pretty consistent source of new, limited run releases — something that Funko loves to do. Fortnite shifts to a new “season” every few months, with each iteration introducing dramatically new character skins and retiring those that came before it. Fortnite’s creators at Epic undoubtedly have the data to prove exactly which skins are most popular, which should help them figure out which ones to turn into merch.

As of April, Fortnite was reportedly already pulling in around $10 million per day on in-game items alone, and adding a bunch of real-world merch to the mix is probably just going to make that money machine crank even harder.