Let’s be real: you are most certainly never going to be as good as Steve Nash, Chris Paul, James Harden — or really any professional NBA player. But it probably won’t stop you from trying to practice or model your game around your favorite players, and spend hours upon hours figuring out how to get better.

And while there are going to be plenty of attempts to smash image recognition and AI into that problem, a company called NEX Team is hoping to soften the blow a bit by helping casual players figure out their game, rather than trying to be as good as a professional NBA player. Using phone cameras and image recognition on the back end, its primary app HomeCourt will measure a variety of variables like shot trajectory, jump height, and body position, and help understand how to improve a player’s shooting form. It’s not designed to help that player shoot like Ray Allen, but at least start hitting those mid-range jumpers. The company said it’s raised $4 million from Charmides Capital and Mandra Capital, as well as Steve Nash, Jeremy Lin, Sam “Trust The Process” Hinkie (sigh), Mark Cuban and Dani Reiss.

“We don’t call ourselves a basketball company, we think of ourselves as a mobile AI company,” CEO and co-founder David Lee said. “It happens that basketball is the first sport where we’re applying our tech. When you think about digitizing sports, as a runner or cyclist, you’ve had access to a feedback loop for a while [on treadmills and other tools]. But for basketball and other sports like basketball, that loop didn’t exist. We believed with computer vision, you can digitize a lot of different sports, one of which is basketball. We’re not just building an app for the professional basketball athletes, we’re focused on building an app where value can be generated across the basketball community.” 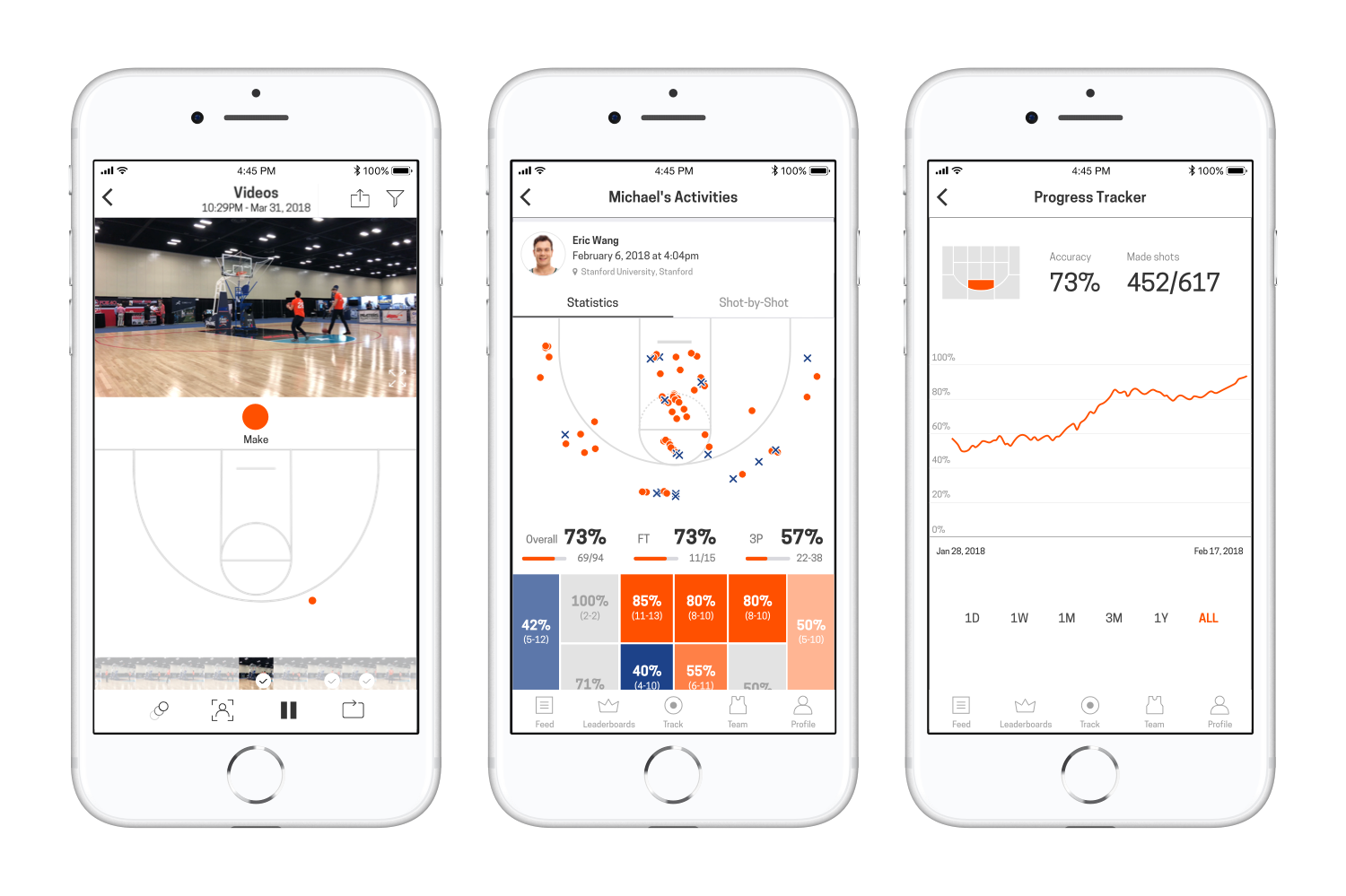 The app starts off with an iPhone. Players can boot up their camera and begin recording their shots, and the app will go back and track what worked and what didn’t work with that shot, as well as where the player is making and missing those shots.It’s not tracking every single motion of the player, but once a player makes a shot, it will track that trajectory and shooting form, like where his or her feet are planted. That kind of feedback can help players understand the kinds of small tweaks they can make to improve their shooting percentage over time, such as release speed or jump hight. And while it’s not designed to be hugely robust like the kinds of advanced tracking technology that show up in advanced training facilities at some larger sports franchises, it aims to be a plug-and-play way of getting feedback on a player’s game right away.

Still, that doesn’t necessarily stop the app from showing up in slightly more professional situations, like recruiting or in athletic centers on college campuses, Lee said. Each college is looking for the next DeAndre Ayton or Ben Simmons, as well as new ways to try to find those recruits. While not every college will end up with the top recruits in the country and get bounced in the second round of the NCAA Men’s Basketball tournament, it offers an additional way for younger players to refine their game to the point they potentially get the attention of those universities — or the NBA, should the one-and-done rule that requires athletes to play a year in college end up disappearing.

“A lot of these coaches are looking at a lot of evaluation tools,” Lee said. “If Alex is waking up at 5 a.m. to put in work, it’s not just about makes and misses, it’s about work ethic. It’s harder to evaluate and digitize a sport. Only [a fraction] of the basketball happens in their practice facilities. How do they help their players evaluate their workout sessions when they’re in those situations? That opens up the doors to do that as well.” 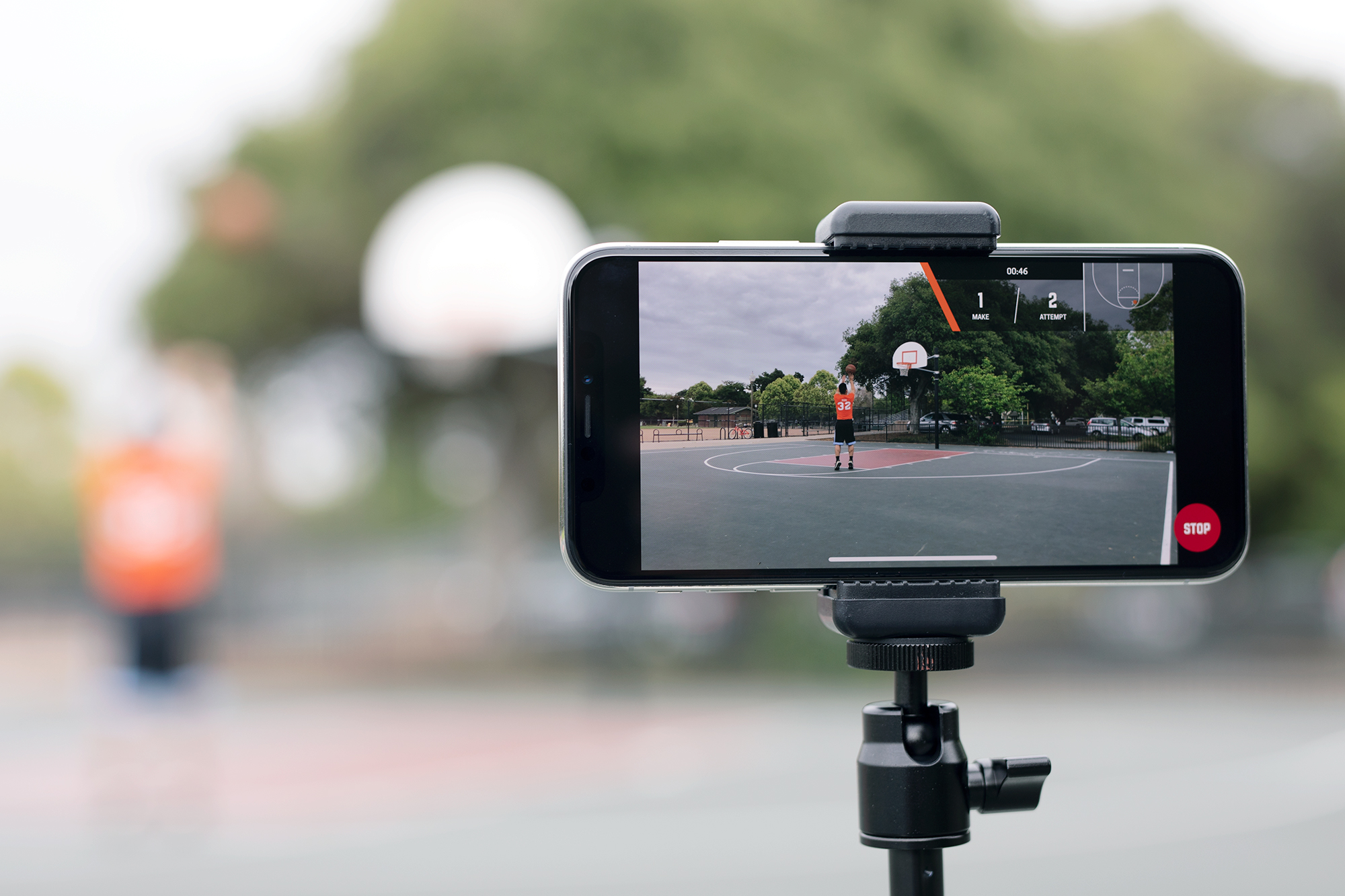 In order to appeal to those broader audiences, the startup is rolling out bite-sized challenges as a way to try to attract the more casual consumers that want to dip their toes into HomeCourt. You see these kinds of challenge-based activities in apps like Strava as a way to try to attract users or keep them engaged in a lighter and more competitive way without having to go into a full-on event like a race or a tournament. It’s one way to try to wrangle the competitive elements of sports like basketball without a ton of competitive pressure as users get more and more comfortable with the way they play and their shooting style.

That bite-sized style of activity also serves pretty well when it comes to creating content, as has been proven popular by apps like Overtime that specialize in highlights of certain players. HomeCourt hopes to add a social layer on top of that to, once again, increase that kind of stickiness and build a community around what would otherwise be a purely technical tool — and one that might scare off more casual players with a very sabermetrics-feeling approach.

Lee also said he hopes the app will eventually broaden into other sports, like Golf or Tennis, where tracking the ball might be more complicated or the motions considerably different from basketball. That’s based on building technology that tracks the movement of the player, and not just the ball, in order to determine the trajectory or success of that specific shots. The hope is that basketball is a first step in terms of achieving that.

“For golf, seeing your whole form as going into your swing is more important — that’s the input in terms of getting where the ball goes,” Lee said. “We’re trying to think about how to reduce as much friction as possible. Imagine being able to use the app to track makes or misses, but also tracking your player movement and form, measuring it, and comparing it to another player’s backswing. We’re hoping to do that in basketball [first].”