When Nigerian logistics startup Kobo360 interviewed for Y Combinator’s 2018 cohort, a question stood out to founder Obi Ozor. “What’s holding you back from becoming a unicorn?,” they asked. “My answer was simple,” said Ozor. “Working capital.”

Kobo360 was accepted into YC’s 2018 class and gained some working capital in the form of $1.2 million in pre-seed funding led by Western Technology Investment announced recently. Africa Future Limited, a  Lagos based angel investment fund, also contributed to the round.

The startup — with an Uber-like app that connects Nigerian truckers to companies with freight needs — will use the funds to pay drivers online immediately after successful hauls.

Kobo360 is also launching the Kobo Wealth Investment Network, or KoboWIN — a crowd-invest, vehicle financing program. Through it, Kobo drivers can finance new trucks through citizen investors and pay them back directly (with interest) over a 60-month period.

Ozor said Kobo360 created the platform because of limited vehicle finance options for truckers in Nigeria. “We hope KoboWIN…will inject 20,000…[additional] trucks on the Kobo platform,” he told TechCrunch.

On Kobo360’s utility, “We give drivers the demand and technology to power their businesses,” said Ozor. “An average trucker will make $3,500 a month with our app. That’s middle class territory in Nigeria.”

Kobo360 has served 324 businesses, aggregated a fleet of 5480 drivers and moved 37.6 million kilograms of cargo since 2017, per company stats. Top clients include Honeywell, Olam, Unilever and DHL.

“We started doing last-mile delivery…but the volume just wasn’t there for us, so we decided to pivot…to an asset-free model around long-haul trucking,” said Ozor. 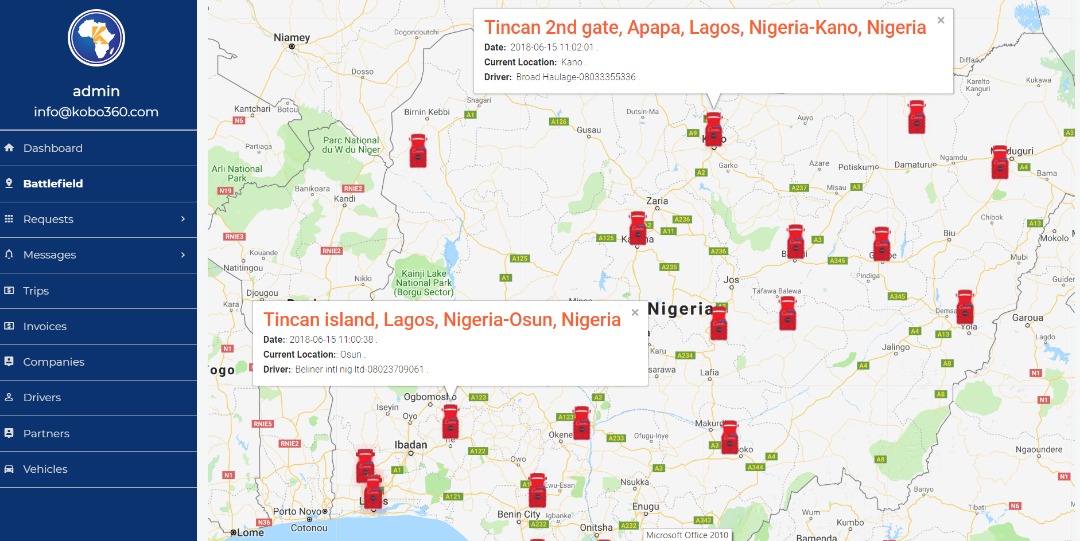 Kobo360 was accepted into YC’s Summer ’18 batch — receiving $120,000 for 7 percent equity — and will present at an August Demo Day in front of YC investors. “We were impressed by both Obi and Ife as founders. They were growing quickly and had a strong vision for the company,” YC partner Tim Brady told TechCrunch.

“Owning trucks is just too difficult to manage. The best scalable model is to aggregate trucks,” he said. “We now have more trucks than providers like TSL and they’ve been here….years. By the end of this year we plan to have 20,000 trucks on our app — probably more than anyone on this continent.”

On price, Ozor named the ability of the Kobo360 app to more accurately and consistently coordinate return freight trips once truckers have dropped off first loads.

“Logistics in Nigeria have been priced based on the assumption drivers are going to run empty on the way back…When we now match freight with return trips, prices crash.” 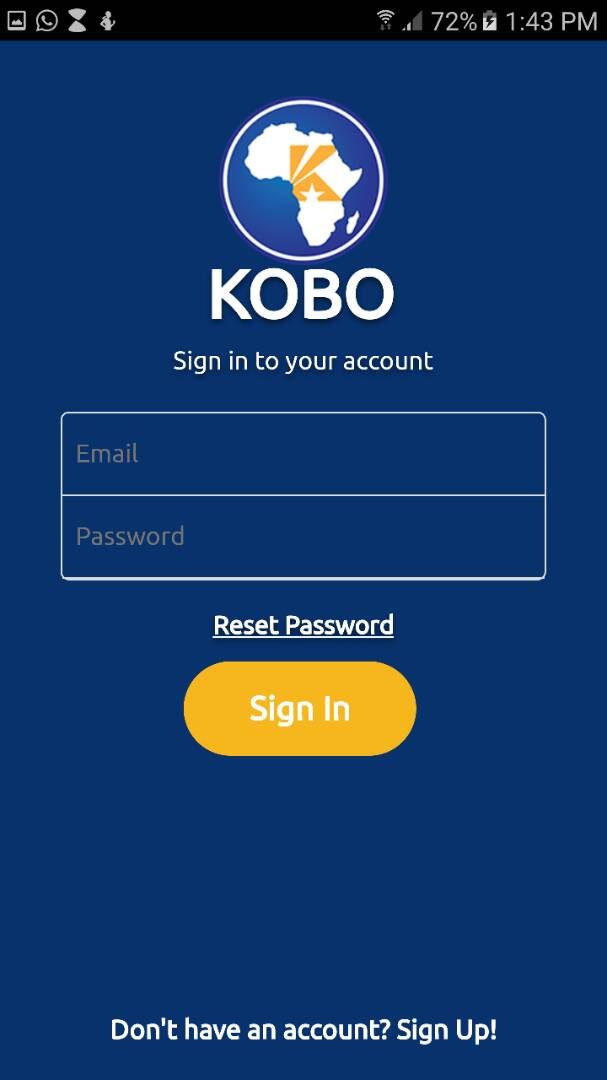 Kobo360 is profitable, according to Ozor. Though he wouldn’t provide exact figures, he said reviewing the company’s financial performance was part of YC’s vetting process.

Logistics has become an active space in Africa’s tech sector with startup entrepreneurs connecting digital to delivery models. In Nigeria, Jumia founder Tunde Kehinde departed and founded Africa Courier Express. Startup Max.ng is wrapping an app around motorcycles as an e-delivery platform. Nairobi-based Lori Systems has moved into digital coordination of trucking in East Africa. And U.S.-based Zipline is working with the government of Rwanda and partner UPS to master commercial drone delivery of medical supplies on the continent.

Kobo360 will expand in Togo, Ghana, Cote D’Ivoire and Senegal. “We’ll be in Ghana this year and next year the other countries,” said Ozor.

In addition to KoboWIN, it will also add more driver training and safety programs.

“We are driver focused. Drivers are the key to our success. Even our app is driver focused,” said Ozor. Kobo360 will launch a new version of its app in Hausa and Pidgin this August, both local languages common to drivers.

“Execution is the key thing in logistics. It has to be reliable, affordable and it has to be execution focused,” said Ozor. “If drivers are treated well, they are going to deliver things on time.”