ZenProspect, a startup that emerged from the Y Combinator Winter 2016 class to help companies use data and intelligence to increase sales, announced today that it was rebranding as Apollo. It also announced a $7 million Series A investment.

The round was led by Nexus Venture Partners. Social Capital and Y Combinator also participated. Apparently Y Combinator liked what they saw enough to continue to invest in the company.

Apollo helps customers connect their sales people with the right person at the right time. That is typically a customer that is most likely to buy the product. It does this by combining a number of tools including a rules engine to automate prospect routing, a lead scoring tool and analytics to measure results at a granular level, among others. 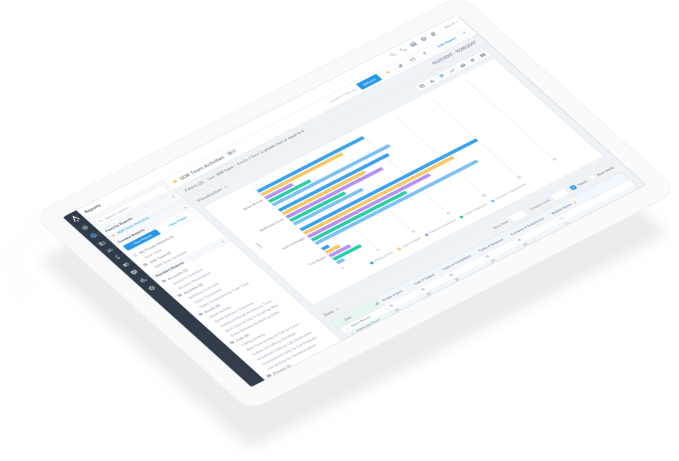 The company also uses data they have collected from 200 million contacts at 10 million companies to match sellers to buyers along with the information in the user’s own CRM tools — typically Salesforce. Apollo is making this vast database of company and contact data available for customers to use themselves for free starting today.

Apollo CEO and founder Tim Zheng says the company was born out of a need at a previous venture. He was working at a startup that was floundering and sales had flatlined. When they couldn’t find a product on the market to help them, they decided to build it and saw the number of users increase from 5000 to 150,000 users in just five weeks. That eventually reached a million users.  As he spoke to friends at other Bay area companies about what his company had done, he heard a lot of interest, and decided to turn that sales tool into a company.

The company launched as ZenProspect in 2015 and went through Y Combinator in 2016. They were the third fastest growing company in that YC batch, generating $1 million in annual recurring revenue (ARR) during their tenure. In fact, they were profitable out of the gate, using their own software to sell the product.

Zheng points out that there are thousands of sales tools out there, but he said, even if you bought every one of them and stitched them together you still wouldn’t have a great sales process. Zheng says his company has figured out how to solve that problem and provide that structure to deliver the best prospects to sales people to close deals.

The company works closely with Salesforce as 80 percent of its customers are using data inside of Salesforce in conjunction with the Apollo tool. It’s worth noting, however, that Apollo is not built on top of Salesforce platform. It just integrates with it.

They target both early stage startups looking to increase sales and established enterprise customers with huge sales teams. So far it’s been working. Today, Apollo has 500 customers and 50 employees. With the current influx of money, they expect to get to 120 in the next 12 -18 months.