In the age of digital transformation, it’s important to understand your business processes and find improvements quickly, but it’s not always easy to do without bringing in expensive consultants to help. Celonis, a New York City enterprise startup, created a sophisticated software solution to help solve this problem, and today it announced a $50 million Series B investment from Accel and 83North on a $1 billion valuation.

It’s not typical for an enterprise startup to have such a lofty valuation so early in its funding cycle, but Celonis is not a typical enterprise startup. It launched in 2011 in Munich with this idea of helping companies understand their processes, which they call process mining.

“Celonis is an intelligent system using logs created by IT systems such as SAP, Salesforce, Oracle and Netsuite, and automatically understands how these processes work and then recommends intelligently how they can be improved,” Celonis CEO and co-founder Alexander Rinke explained.

The software isn’t magic, but helps customers visualize each business process, and then looks at different ways of shifting how and where humans interact with the process or bringing in technology like robotics process automation (RPA) when it makes sense. 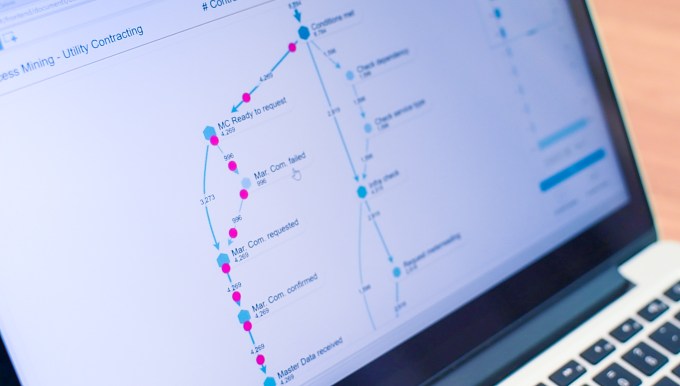 Rinke says the software doesn’t simply find a solution and that’s the end of the story. It’s a continuous process loop of searching for ways to help customers operate more efficiently. This doesn’t have to be a big change, but often involves lots incremental ones.

“We tell them there are lots of answers. We don’t think there is one solution. All these little things don’t execute well. We point out these things. Typically we find it’s easy to implement, ” he said. 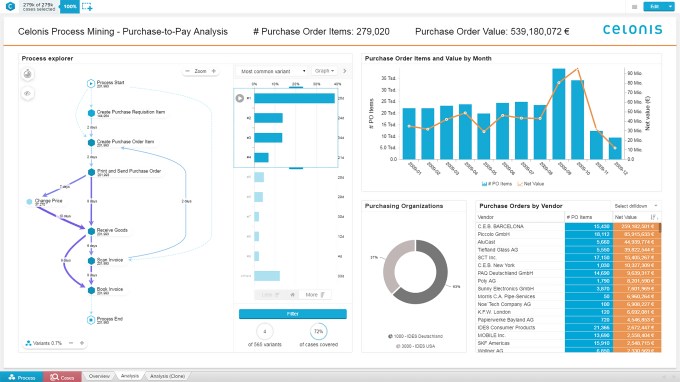 It seems to be working. Customers include the likes of Exxon-Mobile, 3M, Merck, Lockheed-Martin and Uber. Rinke reports deals are often seven figures. The company has grown an astonishing 5,000 percent in the past 4 years and 300 percent in the past year alone. What’s more, it has been profitable every year since it started. (How many enterprise startups can say that?)

The company currently has 400 employees, but unlike most Series B investments, they aren’t looking at this money to grow operationally. They wanted to have the money for strategic purposes, so if the opportunity came along to make an acquisition or expand into a new market, they would be in a position to do that.

“I see the funding as a confirmation and commitment, a sign from our investors and an indicator about what we’ve built and the traction we have. But for us it’s more important, and our investors share this, what they really invested in was the future of the company,” Rinke said. He’s sees an on-going commitment to help his customers as far more important than a billion valuation.

But that doesn’t hurt either as it moves rapidly forward.