You know you’ve got a problem sleeping when someone tells you that 35-percent of US adults aren’t get seven hours of sleep a night, and the number sounds remarkably low. I’m not a good sleeper. I never have been, and I’m a sucker for any gadget that comes along promising to make things better.

Sleep deprivation costs the US economy $411 billion a year. It’s bad for your health and generally turns you into a cranky piece of garbage no one want to be around. So, naturally, Bose wants to be in the sleep business. Tomorrow, the company launches SleepBuds, its first foray into helping people fall and stay asleep.

The wireless earbuds are the result of Bose’s recent acquisition of Hush, a San Diego startup behind the $150 “smart earplugs.” Among other things, the deal gave the headphone giant expertise in cramming all of the necessary components into a small footprint that sits comfortably in the ear, even when the wearer is sleeping on his or her side. The resulting hardware is roughly half the size of a penny, when you subtract the tip and hook that helps it stay firmly in place.

According to a rep I spoke with at today’s launch event, Bose was also toiling away on its own sleep solution, at the time of the acquisition. The resulting product is essentially those Hush components with the kind of polished finish one expects from Bose products, right down to the brushed aluminum charging case. 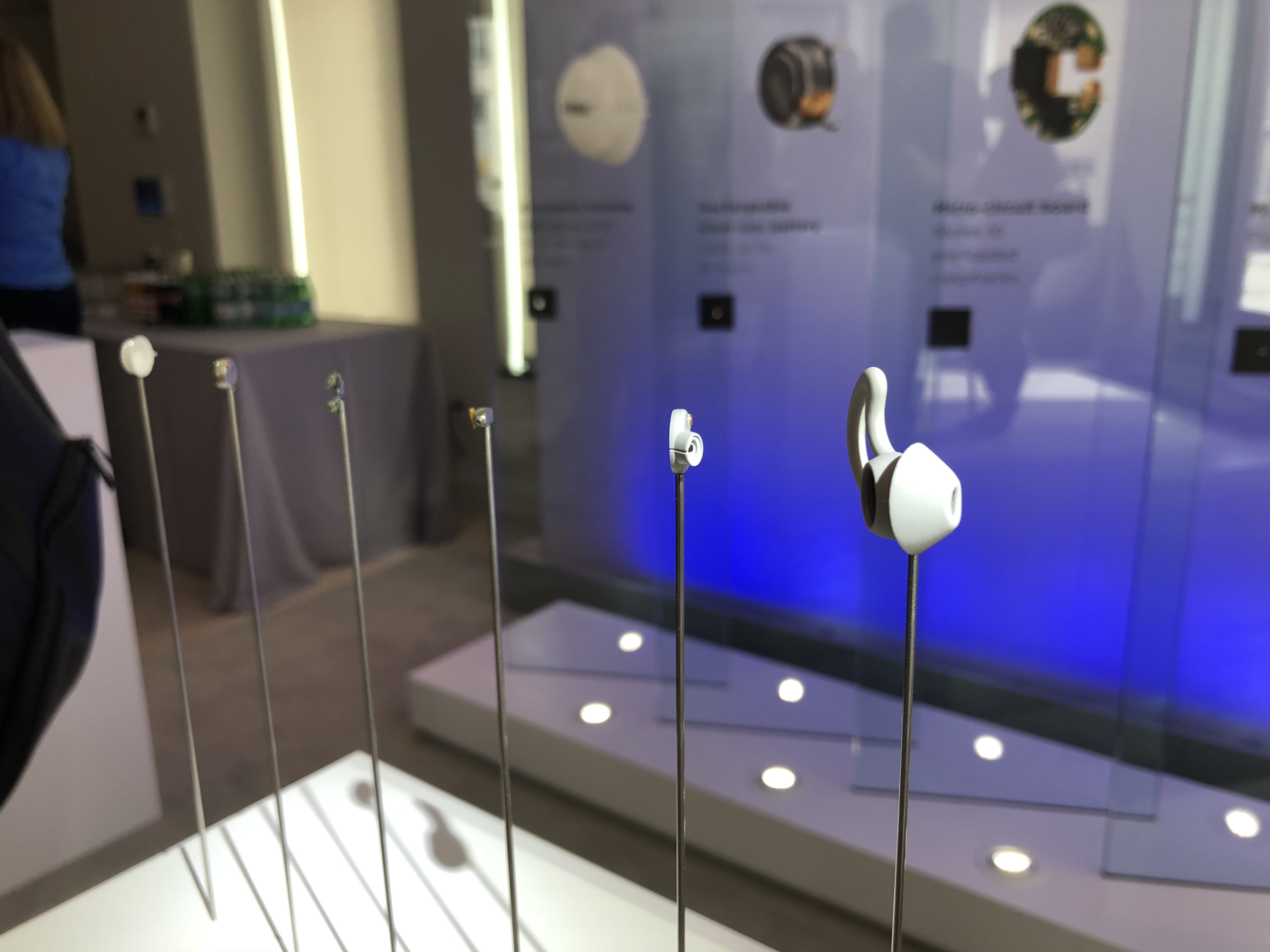 Hush’s involvement had another interesting impact on the product, resulting in Bose’s first crowdfunding effort. The original smart earplugs were the result of a Kickstarter campaign, and the companies went back to the well, launching Sleepbuds on Indiegogo as a way of essentially publicly beta testing the product.

The resulting $249 Sleepbuds are a bit of a mixed bag. They’re surprisingly comfortable, and are tough to knock loose. The silicone tips go a ways toward passive blocking ambient sound. There’s no active noise cancelling on-board, unlike Bose’s better known efforts. Instead, the on-board soundscapes (things like leaves rustling and trickling waterfalls) are designed to essentially drown out noise.

The company put us through a brief demo at a Manhattan hotel that felt more like a truncated laboratory sleep study than hands-ons on experience, running through some common New York city ambient sounds like street noise and loud neighbors.

The Sleepbuds never blocked the sound altogether. Instead it was more of a mix of sounds with the strange effect of hearing someone snoring off in the distance in a wind-swept field. You can always adjust the sound levels on the app, but you don’t want to make things too loud, for obvious reasons.

Interestingly, the company opted not to offer streaming here, instead storing files locally. There are ten preloaded sounds, with the option of adding more. This was primarily done for battery reasons. You should get about 16 hours on a charge, with 16 additional hours via the charging case. That’s about four nights of sleep for most people and seven or eight for us perpetual insomniacs. 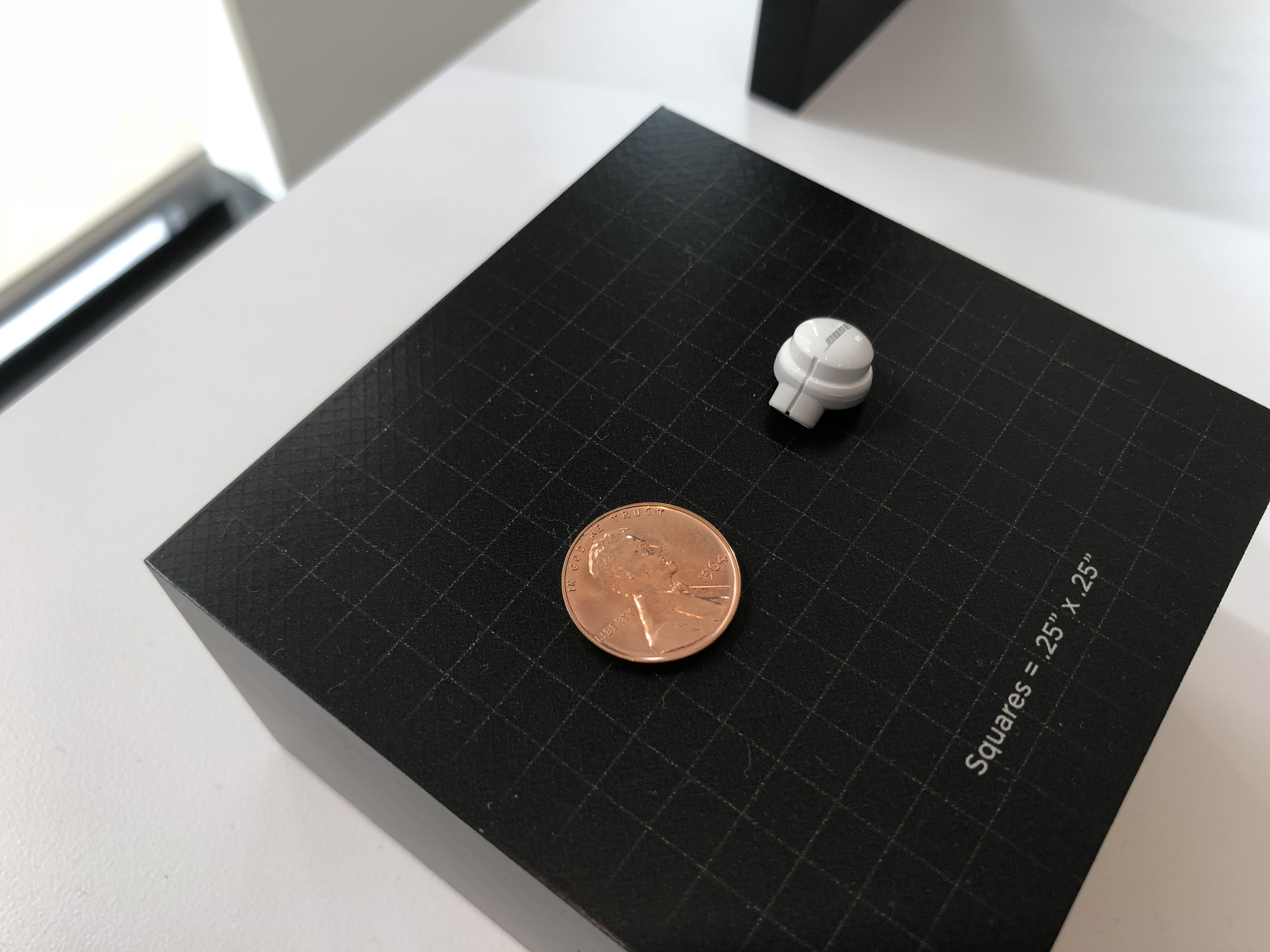 The downside is pretty clear here. If you like to fall to sleep to music or podcasts or anything aside from the pre-loaded sounds, you’re out of luck. And since there’s no active noise canceling on board, these may not be the best choice for falling asleep on a long flight. In fact, plane noise is actually one of the options on-board. Apparently some people find it soothing.

There aren’t really too many non-sleeping applications here, which makes that $249 price tag a bit more prohibitive. That said, I could certainly see using these to use for meditation, if Bose ever sees fit to include a timer or maybe partner with a Headspace or Calm. But again, no streaming on board, making that a bit tougher to accomplish.