Healthcare delivery is an incredibly complex topic, but one that has a simple truth: health security is key to living a good life, and, ultimately, for developing a strong economy. Unfortunately, billions worldwide suffer from lack of access to even the most basic of medical diagnostics and treatments, since doctors often aren’t available and the costs when they are can be exorbitant.

That’s the world that Thomaz Srougi grew up with in his native Brazil. Brazil has made health security a major priority, offering comprehensive and free medical coverage to every citizen, a right enshrined in its constitution. That simple right though is riven with challenges, from a lack of public funding, to long queues for services, to geographic disparities between urban cores and rural areas.

Those with the means use private medical services, but those costs are far outside the reach of the majority of Brazil’s inhabitants. The country may have made a commitment in words, but it has in many ways failed to fulfill that commitment with actions.

Srougi wanted to bridge that gap. He had medicine in his DNA: his father was a urologist, and so saw first hand the challenges of the public health system. He spent years as an investment banker and financier, and also netted two masters degrees from the University of Chicago in business and public policy. But he yearned to return to Brazil and work on ameliorating the massive health disparities that he saw in his youth.

His solution would eventually become Dr Consulta. The concept was simple: offer the sort of universal access of the public health system, but with the quality and timeliness of the private health market. Srougi and his team opened their first clinic in 2011 in a São Paulo favela, the irregular slums that spread like an archipelago through Brazil’s cities.

Since that humble beginning, Dr Consulta has spread rapidly throughout the country, becoming the largest private medical service provider in Brazil, according to the company. It now boasts more than 2,000 doctors, and has served more than a million patients in a country of 208 million. In São Paulo alone, the company has 44 medical centers. That growth has certainly caught the attention of venture capitalists, who have plowed $100 million into the company since its inception.

The company started off with just the brick-and-mortar of clinics. They were bare bones, but functional. A doctor is always on call, and they are located in the hearts of neighborhoods to guarantee accessibility. Patient records are stored digitally, and perhaps most importantly, prices are — relatively — reasonable, with basic procedures costing only around $20. Those savings come from vertical integration — the clinics are one-stop shops for medical treatments, allowing doctors to save time and money on tests and other procedures. 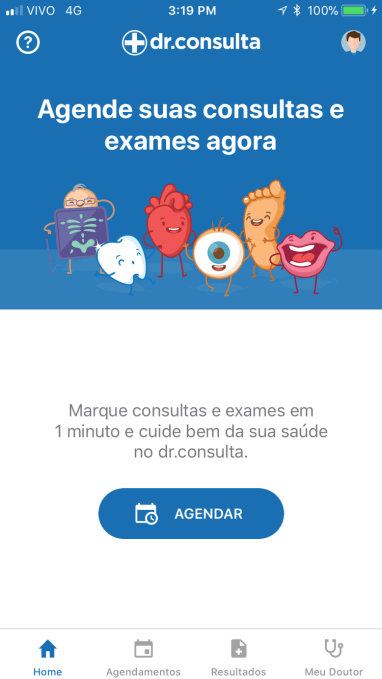 Over time, the company has increasingly focused on its digital practice. With its large number of patients, the company is building out its data science practice. With its patient records, Dr Consulta hopes to move beyond just basic app workflow tools to predictively analyzing patient trends and finding new and robust treatments. The hope is that the careful application of machine learning algorithms will allow the company to simultaneously improve its patient outcomes while continuing to drive down costs.

That data could also be valuable for medical researchers. The company is exploring partnerships with universities and others who might be able to use patient data in a confidential way in order to investigate new therapeutics. That data could be particularly valuable since Dr Consulta’s data could add significant diversity to existing datasets from Western countries.

With the clinics in place, the company is now branching out into new product lines to continue expanding its footprint. One initiative is to offer a sort of rewards card that can be used with retail partners. The idea is to build upon the brand that Dr Consulta has built and create a community of retailers that might offer complementary goods and services. The company is also building out a subscription program that would allow customers to pay a flat monthly fee for unlimited medical care.

In short, Dr Consulta wants to be the hub for health and wellness for each of its patients. The company offers a unique example of how concentrating on underserved markets with services priced effectively can be a massive startup opportunity, while also helping people find the health security they need to build better lives.