Apple’s Craig Federighi announced that Apple was doubling down on performance with the upcoming release of iOS 12 at the WWDC event in San Jose, Calif. today.

What’s more, he said, the company would be making these changes to the full range of iOS devices going back to 2013. “And so for iOS 12, we are doubling down on performance from top to bottom making improvements to make your device faster and more responsive. And because we want these changes to be available the full range of our customers, iOS 12 will be available on all the same devices as iOS 11,” Federighi told the WWDC audience. 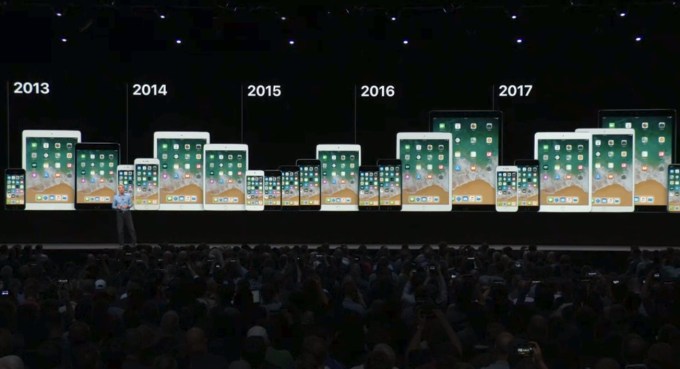 Perhaps because customers were unhappy to learn about the battery issues with older iOS devices Federighi stressed that Apple has focussed these performance increases on older devices, giving people with older iPhones, the maximum lift. Using the iPhone 6 as an example, he gave some figures about performance increase, stressing that it was still early days. (As an iPhone 6 user, I was listening carefully.)

“Now on that device, iOS delivers a number of improvements. Across common operations you’ll see that apps launch up to 40% faster, the keyboard can come up to 50% faster and you can slide to take a photo at up to 70% faster,” he said.

But he said, the biggest focus, and one all iPhone users can appreciate, is that they are working to optimize performance when it’s under load. As Federighi said that’s when you need performance the most and where iOS 12 really shines.

“We put iOS 12 through our stress tests and we saw in those conditions share sheet coming up twice as fast, and apps launching twice as fast. These are big, big improvements,” he stressed.

Lastly, Apple also optimized iOS 12 at the chip level working with the chip team to optimize performance, while taking battery life into account. If you keep the power pedal to the metal for too long, you suck battery, but Apple is trying to find that perfect balance of power and battery life in iOS 12.

“CPUs traditionally respond to an increased demand for performance by slowly ramping up their clock speed. Well, now in iOS 12, we’re much smarter. When we detect that you need a performance lift when you’re scrolling and launching an app, we ramped up processor performance instantly to its highest state delivering high performance and a ramp it down just as fast to preserve battery life,” he said.

All of this will be available when iOS 12 is released later this year.