There’s a new unicorn in the global ride-hailing space after Taxify, a startup born in Estonia that does battle with Uber across Europe and Africa, closed $175 million in new funding that takes it valuation to the $1 billion mark.

Daimler, the German automotive giant which owns Mercedes-Benz among other things, led the round. The investment also featured participation from new backers Europe-based Korelya Capital and Taavet Hinrikus, founder of billion-dollar Estonian fintech startup Transferwise. Taxify said that China’s Didi Chuxing was among the returning investors to join.

The company said it plans to deploy the capital to develop its technology and make further expansions in Europe and Africa.

Beyond its automotive business, Daimler has taken a role in ride-hailing already. Its investments in the space include the acquisition of car-sharing business car2Go and German car-pooling startup Flinc, while it has put money into Europe-based car-pooling company Via and Turo, another car-sharing service which took on Daimler’s rival service Croove. More widely, Daimler and BMW consolidated their mobility businesses — which include parking apps, charging solutions, ride-hailing and more — in a consolidation move made in March of this year. Now, added to that, Daimler will take a seat on the Taxify board.

Given its extensive interest in mobility, it makes sense that Daimler is backing Taxify, which has emerged as the main contender battling Uber in Europe and Africa, while it has also forayed into Australia, too. Surprisingly, the round is the first major fundraising moment for Taxify, which had raised just €2 million ($2.4 million) prior to Didi’s undisclosed investment last year.

“We’re on a mission to build the future of mobility, and it’s great to have the support of investors like Daimler and Didi,” said CEO and co-founder Markus Villig in a statement. “This is just the beginning as more and more people give up on car ownership and opt for on-demand transportation.”

The ride-sharing space has homogenized somewhat in recent years with most companies offer the same services, so against that backdrop Taxify has something of a unique story. The startup was founded in Estonia in 2013 — the home of tech giant Skype — but brothers Markus Villig, then 19 years old, and his brother Martin, who had worked for Skype.

Villig junior is now just 24 years old which makes him one of the youngest heads of a billion-dollar company in the world. OYO founder Ritesh Agarwal is one month older, although he did lead a unicorn at an even younger age. Still, it’s quite an achievement however you mix it.

His original vision was to build a service for his native Estonia using money borrowed from his parents, but that vision expanded and the service is now present in over 25 countries, predominantly in Europe and Africa. Markus Villig said today that the company has more than 500,000 drivers and over 10 million users, a big jump on the 2.5 million users it claimed back in August. Villig added that Taxify’s ride volumes grew ten-fold last year, although he did not provide a raw figure. 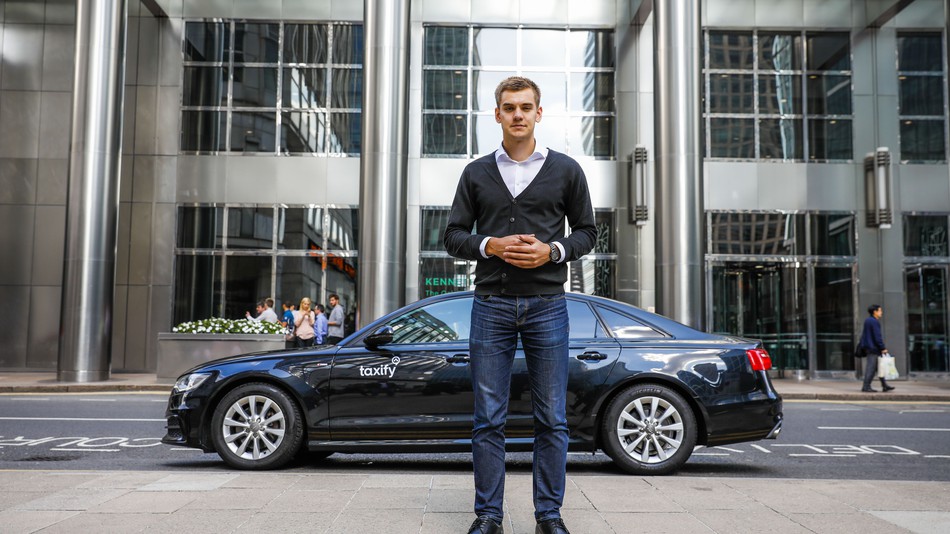 Markus has explained in the past that Taxify’s strategy focuses on being the second mover, most often behind Uber.

“We go into markets where ride-sharing is already a proven concept… we come in and we improve on that by having just cheaper commissions and giving more back to the riders and drivers. We don’t want to get into this regulatory troubles and be wasting millions in lobby battles,” he told Bloomberg in an interview last year.

A key moment for Taxify was snagging investment from Didi Chuxing, the Chinese firm that acquired Uber’s China business and removed it from the country.

Didi backed Taxify via an undisclosed “eight-figure U.S. dollar sum” last August but, beyond capital, gave it access to its network of knowledge and experience, particularly around operations.

This kind of deal is common for Didi, which raised a $4 billion investment at the end of last year for expansion purposes and has backed Uber rivals across the world with capital and mentoring. Didi’s investments include Lyft in the U.S., Grab in Southeast Asia (which recently bought out Uber’s local business), Ola in India, Careem in the Middle East and 99 in Brazil, which Didi itself acquired in January 2018 for its first international expansion move.

Note: The original version of this article was updated to correct the number of Taxify drivers and that Ritesh Agarwal’s age.