Imgur is the internet’s best time sink, where 250 million monthly users silently consume an endless community-curated collection of absurd GIFs, inspiring tales, pop science explainers and giant meme dumps. But what it’s never had is video. That was a differentiator that made it ideal for quiet browsing in class, on public transit or in bed. Since none of the content required audio, you never had to worry about grabbing your headphones or disturbing those around you.

But the lack of video was also holding Imgur back. Sometimes you need to hear a crazy cat meow, or a baby giggling, or a crappy robot explode. So users would have to hunt down the “sauce,” aka the GIF’s source video, on another site. Oh, and advertisers love video and will pay a boatload more for it than a silent GIF or static image.

And so, Imgur is evolving with today’s launch of video. You can check them out, including this ream of popular GIFs reunited with their soundtracks, on the Imgur Unmuted channel.

The shift comes at a pivotal moment for the company. Launched in 2009, founder Alan Schaaf bootstrapped the startup to 130 million monthly visitors over the course of five years before finally taking a $40 million Series A from Andreessen Horowitz in 2014. Two years later it augmented its flimsy banner ads with full-screen promoted posts while trying not to damage the irreverent nature of the app.

Imgur’s Chief Operating Officer Roy Sehgal, its Sheryl Sandberg, tells me that as of recently “we were cash flow positive” before revealing “we expect to be profitable this year.” 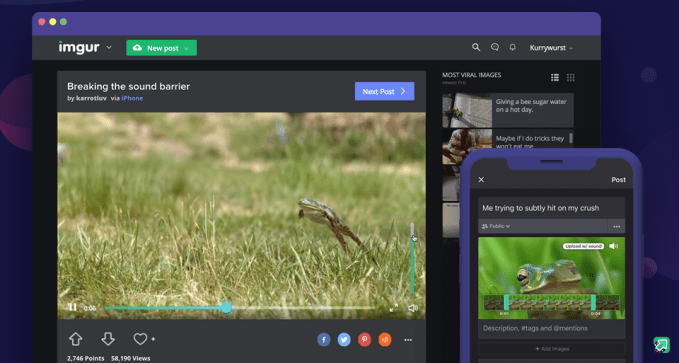 Video could push Imgur to that milestone. The more organic video posts from users, the easier it will be for Imgur to slide in lucrative video ads. Facebook printed money with the same strategy, rolling out auto-play video in 2014 to pave the way for video ads that command high prices from businesses. Imgur recently began allowing video ads, but they stuck out, seeming to violate the app’s code of silence. Now Imgur is training its users to tolerate or even embrace audio and video. Starting today, everyone can watch videos on Imgur, while iOS users can post video, with that opening to more people soon. Wisely, sound is off by default so you won’t get accidentally blasted, and technically you could just pretend they’re GIFs if you don’t click the audio button in the bottom right. They’re also limited to 30 seconds, so you won’t have lengthy YouTube reposts or as many copyright concerns, and they can be trimmed in the uploader.

“We’ve been making the transformation from an image community to a community-powered entertainment platform,” says Sehgal. Video could keep Imgur’s legion of users growing, and make sure they can experience today’s hottest content in whatever format it’s made for.

“We realized there was a vector of content we were not supporting that we thought our users would want,” Sehgal notes. The launch comes following the addition of much-requested Favorites folders and chat, and the Snapchat Stories-esque Snacks GIFs that no one asked for.

But video will bring a new sense of FOMO to those watching discretely. They’ll either have to swipe past the videos or miss the aural dimension. That could splinter Imgurians, who are otherwise united by a homescreen that shows identical top-rated content to everyone, unlike the fractured and personalized landing pages of most social networks. Some of Imgur’s funniest content relies on inside jokes powered by everyone having the right prerequisite knowledge from seeing the same things. 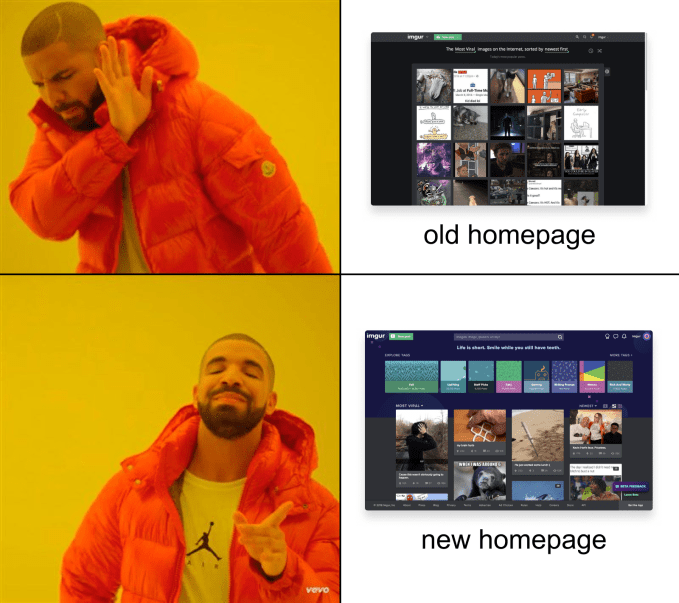 “They are definitely surprised,” says Sehgal, but he claims “the reaction has been very positive.” That’s not exactly clear from reading the Imgur Most Viral homepage, which just got a desktop redesign with bigger previews and easy access to popular tags you can explore. GIFs and still images still dominate and I’ve hardly seen any videos.

That could change as Imgur plans on equipping users with new editing tools to help them turn generic clips into weird and wacky stuff people love to upvote. Imgur’s existing Video-To-GIF creation tool has been a hit. Hopefully future editing tools will let people add custom subtitles, stickers, interjected titling screens and more. Those will be crucial to keep video from making Imgur generic. 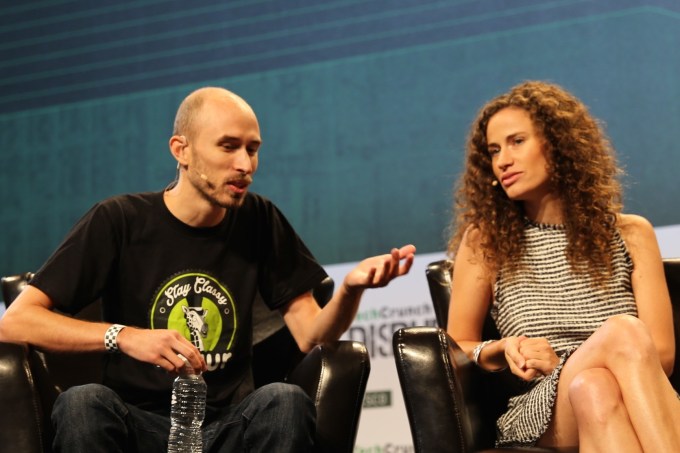 The pivot to video may be inevitable for all online content. Combined with every app from Instagram to Netflix to Airbnb adopting Snapchat’s Stories, there’s an unsettling convergence going on. Video may be the most vivid and emotive medium. Yet we’ll lose something if there’s a social network singularity where they all have the same features.

Imgur is looking to become a business that’s palatable to a mass audience with video. But it must take care not to forfeit esoteric absurdity that’s made it a vacation from the overwhelming news and envy spiraling of other feeds.