Compound wants to let you borrow cryptocurrency, or lend it and earn an interest rate. Most cryptocurrency is shoved in a wallet or metaphorically hidden under a mattress, failing to generate interest the way traditionally banked assets do. But Compound wants to create liquid money markets for cryptocurrency by algorithmically setting interest rates, and letting you gamble by borrowing and then short-selling coins you think will sink. It plans to launch its first five for Ether, a stable coin, and a few others, by October.

Today, Compound is announcing some ridiculously powerful allies for that quest. It’s just become the first-ever investment by crypto exchange juggernaut Coinbase’s new venture fund. It’s part of an $8.2 million seed round led by top-tier VC Andreessen Horowitz, crypto hedge fund Polychain Capital and Bain Capital Ventures — the startup arm of the big investment firm. [Update: Compound told us it was Coinbase Ventures’ first investment when it closed its round, though Coinbase notes that it’s done 8 rapid-fire investments over the past two months alongside this funding.]

While right now Compound deals in cryptocurrency through the Ethereum blockchain, co-founder and CEO Robert Leshner says that eventually he wants to carry tokenized versions of real-world assets like the dollar, yen, euro or Google stock. That’s because Leshner tells me “My thesis is that almost every crypto asset is bullshit and not worth anything.”

How to get Compound interest on your crypto

Here’s how Compound tells me it’s going to work. It’s an “overnight” market that permits super-short-term lending. While it’s not a bank, it is centralized, so you loan to and borrow from it directly instead of through peers, alleviating you from negotiation. If you loan, you can earn interest. If you borrow, you have to put up 100 percent of the value of your borrow in an asset Compound supports. If prices fluctuate and your borrow becomes worth more than your collateral, some of your collateral is liquidated through a repo agreement so they’re equal.

To set the interest rate, Compound acts kind of like the Fed. It analyzes supply and demand for a particular crypto asset to set a fluctuating interest rate that adjusts as market conditions change. You’ll earn that on what you lend constantly, and can pull out your assets at any time with just a 15-second lag. You’ll pay that rate when you borrow. And Compound takes a 10 percent cut of what lenders earn in interest. For crypto-haters, it offers a way to short coins you’re convinced are doomed.

“Eventually our goal is to hand-off responsibility [for setting the interest rate] to the community. In the short-term we’re forced to be responsible. Long-term we want the community to elect the Fed,” says Leshner. If it gets the interest rate wrong, an influx of lenders or borrowers will drive it back to where it’s supposed to be. Compound already has a user interface prototyped internally, and it looked slick and solid to me.

“We think it’s a game changer. Ninety percent of assets are sitting in people’s cold storage, or wallets, or exchanges. They aren’t being used or traded,” says Leshner. Compound could let people interact with crypto in a whole new way.

Compound is actually the third company Leshner and his co-founder and CTO Geoff Hayes have started together. They’ve been teamed up for 11 years since going to college at UPenn. One of their last companies, Britches, created an index of CPG inventory at local stores and eventually got acquired by Postmates. But before that Leshner got into the banking and wealth management business, becoming a certified public accountant. A true economics nerd, he’s the chair of the SF bond oversight committee, and got into crypto five years ago. 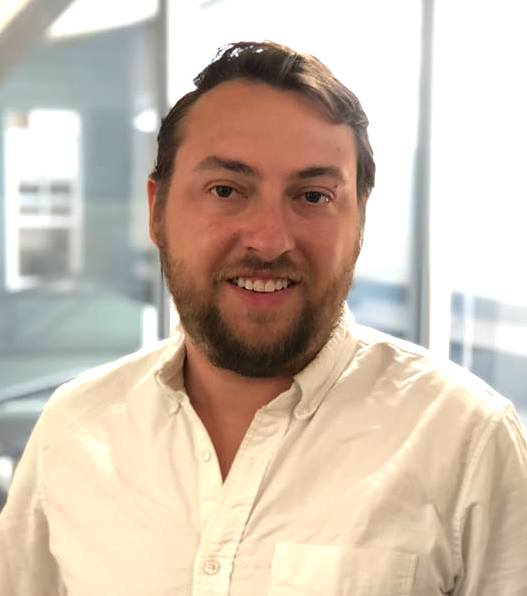 Sitting on coins, Leshner wondered, “Why can’t I realize the time value of the cryptocurrency I possess?” Compound was born in mid-2017, and came out of stealth in January.

Now with $8.2 million in funding that also came from Transmedia Capital, Compound Ventures, Abstract Ventures and Danhua Capital, Compound is pushing to build out its product and partnerships, and “hire like crazy” beyond its seven current team members based in San Francisco’s Mission District. Partners will be crucial to solve the chicken-and-egg problem of getting its first lenders and borrowers. “We are planning to launch with great partners — token projects, hedge funds and dedicated users,” says Leshner. Having hedge funds like Polychain should help.

“We shunned an ICO. We said, ‘let’s raise venture capital.’ I’m a very skeptical person and I think most ICOs are illegal,” Leshner notes. The round was just about to close when Coinbase announced Coinbase Ventures. So Leshner fired off an email asking if it wanted to join. “In 12 hours they researched us, met our team, diligenced it and evaluated it more than almost any investor had to date,” Leshner recalls. Asked if there’s any conflict of interest given Coinbase’s grand ambitions, he said, “They’re probably our favorite company in the world. I hope they survive for 100 years. It’s too early to tell they overlap.”

There are other crypto lending platforms, but none quite like Compound. Centralized exchanges like Bitfinex and Poloniex let people trade on margin and speculate more aggressively. But they’re off-chain, while Leshner says Compound is on-chain, transparent and can be built on top of. That could make it a more critical piece of the blockchain finance stack. There’s also a risk of these exchanges getting hacked and your coins getting stolen. 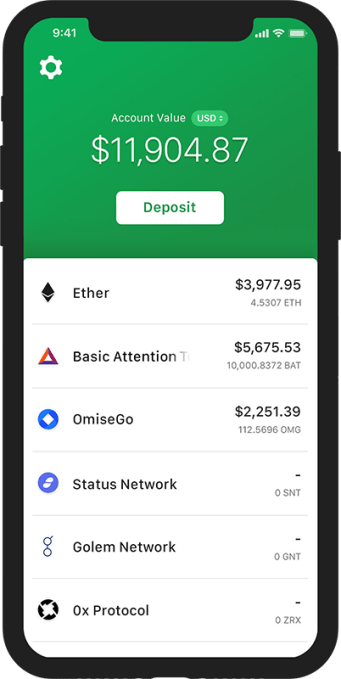 Meanwhile, there are plenty of peer-to-peer crypto lending protocols on the Ethereum blockchain, like ETHLend and Dharma. But interest rates, no need for slow matching, flexibility for withdrawing money and dealing with a centralized party could attract users to Compound.

Still, the biggest looming threat for Compound is regulation. But to date, the SEC and regulators have focused on ICOs and how people fundraise, not on what people are building. People aren’t filing lawsuits against actual products. “All the operations have flown beneath the radar and I think that’s going to change in the next 12 months,” Leshner predicts. How exactly they’ll treat Compound is up in the air.

One source in the crypto hedge fund space told me about forthcoming regulation: “You’re either going to get annihilated and have to disgorge profits or dissolve. Or you pay a fine and you’re among the first legal funds in the space. This is the gamble you take before asset classes get baptized.” As Leshner confirmed, “That’s the number one risk, period.”

Money markets are just one piece of the financial infrastructure puzzle that still needs to emerge around blockchain. Custodians, auditors, administrators and banks are still largely missing. When those get hammered out to make the space safer, the big money hedge funds and investment banks could join in. For Compound, getting the logistics right will require some serious legal ballet.

Yet Leshner is happy to dream big despite all of the crypto world’s volatility. He concludes, “We want to be like Black Rock with a trillion under management, and we want to have 25 employees when we do that. They probably have [tens of thousands] of employees. Our goal is to be like them with a skeleton team.”