Lime, the electric scooter and bike company, is looking to raise up to $500 million in new funding, Axios reports, citing sources. The round could come in the form of both equity and debt, according to Axios.

To date, Lime has raised $132 million from investors. Its most recent round was just in February, when it raised $70 million from Fifth Wall. Lime declined to comment for this story.

Earlier this month, Lime announced a partnership with Segway to build version two of its electric scooters. Lime, along with its competitors Bird and Spin, all ultimately rely on Ninebot, a Chinese scooter company that has merged with Segway. Ninebot is backed by investors including Sequoia Capital, Xiaomi and ShunWei.

Without taking into account Lime’s potential round, here’s where Lime compares to Bird and Spin. 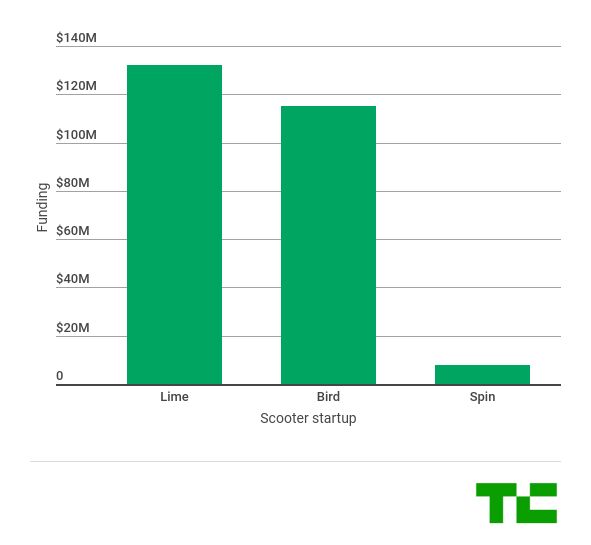 The electric scooter space has been under scrutiny as of late — partly due to the fact that Bird, Spin and Lime deployed their respective scooters without explicit permission in San Francisco back in March.

Less than one month ago, the San Francisco Municipal Transportation Authority announced its permitting process for electric scooters. You can read more about that here.

And if you want the full breakdown of what the deal is in San Francisco as it pertains to electric scooters, here’s the story.