Apple now has 55 self-driving cars registered with the California Department of Motor Vehicles, compared to 27 earlier this year and just three last year. That means Apple has the second largest fleet of self-driving cars in California, Mac Reports first pointed out.

Apple now has more cars registered than Waymo, which has 51, according to the California DMV. General Motor’s Cruise, however, leads the pack with 104 vehicles. In total, the DMV has provided to 53 companies permits for self-driving cars that include safety drivers, resulting in a total of 409 vehicles and 1,573 safety drivers. 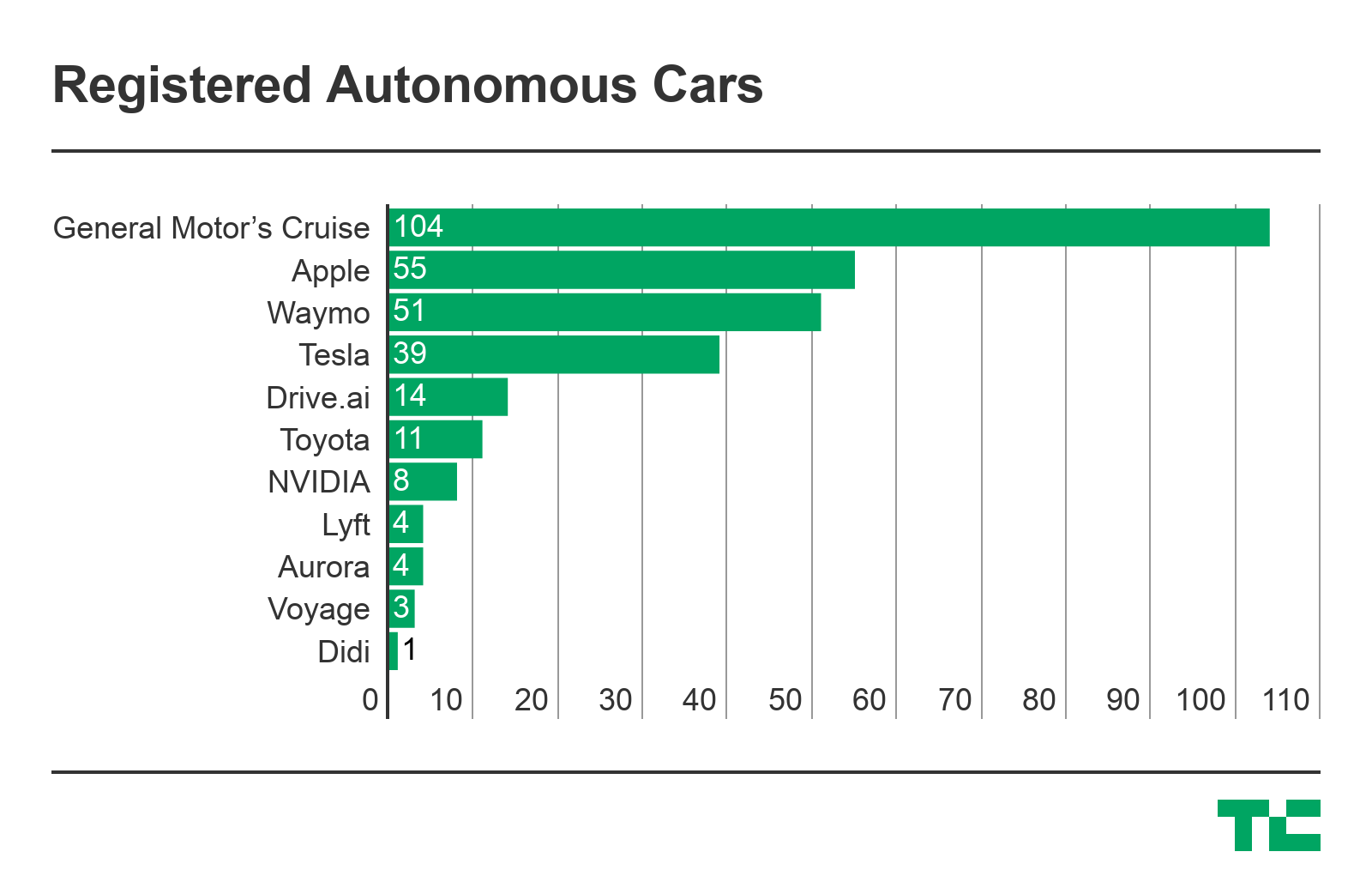 To be clear, the companies listed above only have permits to test self-driving cars with safety drivers on board. As of now, the DMV has not issued any permits for complete driverless testing. In order to conduct driverless testing, companies must have previously tested the vehicles in controlled conditions.

The vehicles must also, among many other things, meet the definition of an SAE Level 4 or 5 vehicle. The DMV is currently reviewing two driverless testing permit applications, a DMV spokesperson told TechCrunch. 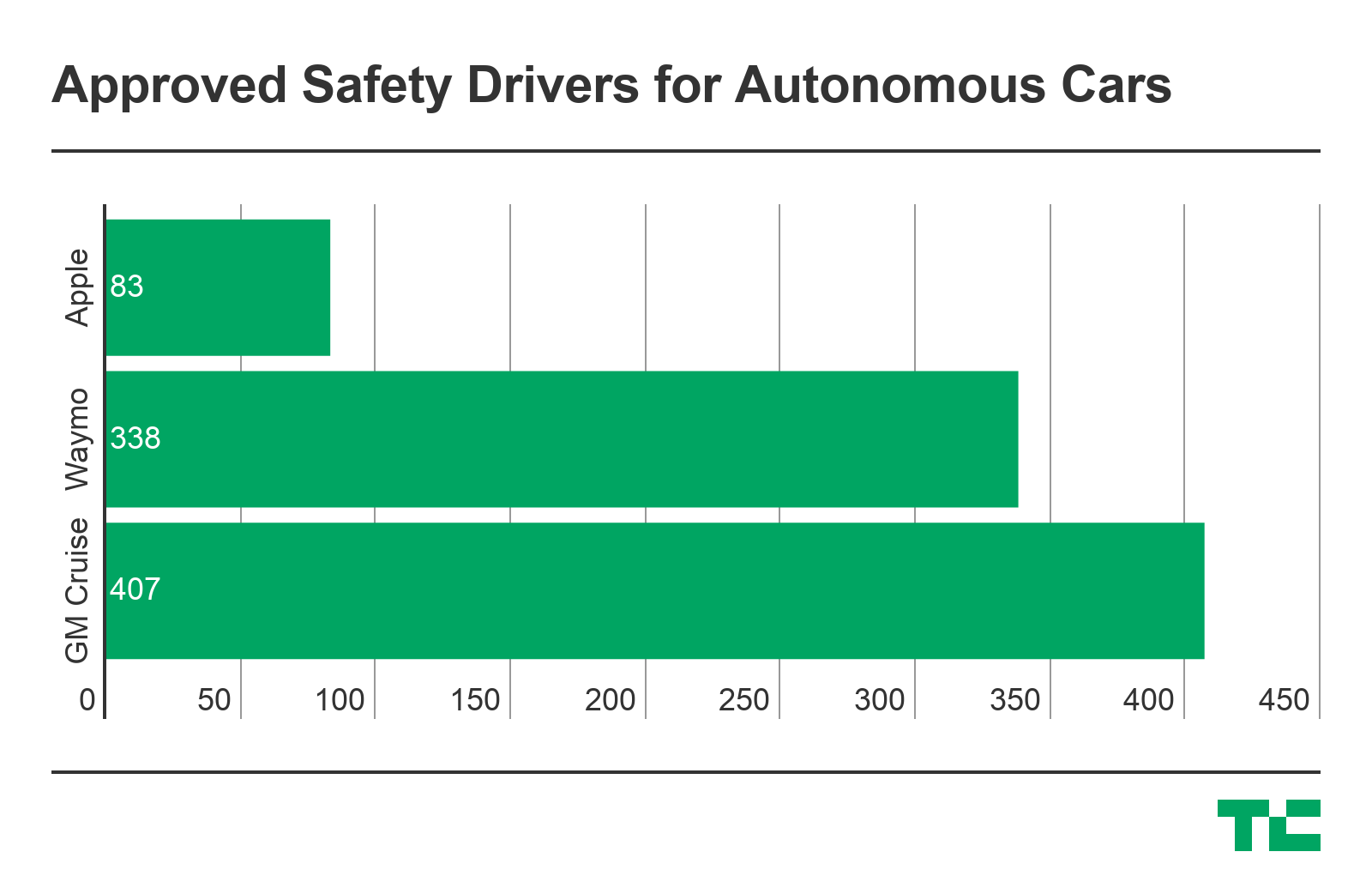