The visual data sets of images and videos amassed by the most powerful tech companies have been a competitive advantage, a moat that keeps the advances of machine learning out of reach from many. This advantage will be overturned by the advent of synthetic data.

The world’s most valuable technology companies, such as Google, Facebook, Amazon and Baidu, among others, are applying computer vision and artificial intelligence to train their computers. They harvest immense visual data sets of images, videos and other visual data from their consumers.

These data sets have been a competitive advantage for major tech companies, keeping out of reach from many the advances of machine learning and the processes that allow computers and algorithms to learn faster.

Now, this advantage is being disrupted by the ability for anyone to create and leverage synthetic data to train computers across many use cases, including retail, robotics, autonomous vehicles, commerce and much more.

Synthetic data is computer-generated data that mimics real data; in other words, data that is created by a computer, not a human. Software algorithms can be designed to create realistic simulated, or “synthetic,” data.

This synthetic data then assists in teaching a computer how to react to certain situations or criteria, replacing real-world-captured training data. One of the most important aspects of real or synthetic data is to have accurate labels so computers can translate visual data to have meaning.

Since 2012, we at LDV Capital have been investing in deep technical teams that leverage computer vision, machine learning and artificial intelligence to analyze visual data across any business sector, such as healthcare, robotics, logistics, mapping, transportation, manufacturing and much more. Many startups we encounter have the “cold start” problem of not having enough quality labelled data to train their computer algorithms. A system cannot draw any inferences for users or items about which it hasn’t yet gathered sufficient information.

Big tech companies do not have the same challenge gathering data, and they exponentially expand their initiatives to gather more unique and contextually relevant data.

Cornell Tech professor Serge Belongie, who has been doing research in computer vision for more than 25 years, says,

In the past, our field of computer vision cast a wary eye on the use of synthetic data, since it was too fake in appearance. Despite the obvious benefits of getting perfect ground truth annotations for free, our worry was that we’d train a system that worked great in simulation but would fail miserably in the wild.  Now the game has changed: the simulation-to-reality gap is rapidly disappearing. At the very minimum, we can pre-train very deep convolutional neural networks on near-photorealistic imagery and fine tune it on carefully selected real imagery.

AiFi is an early-stage startup building a computer vision and artificial intelligence platform to deliver a more efficient checkout-free solution to both mom-and-pop convenience stores and major retailers. They are building a checkout-free store solution similar to Amazon Go. 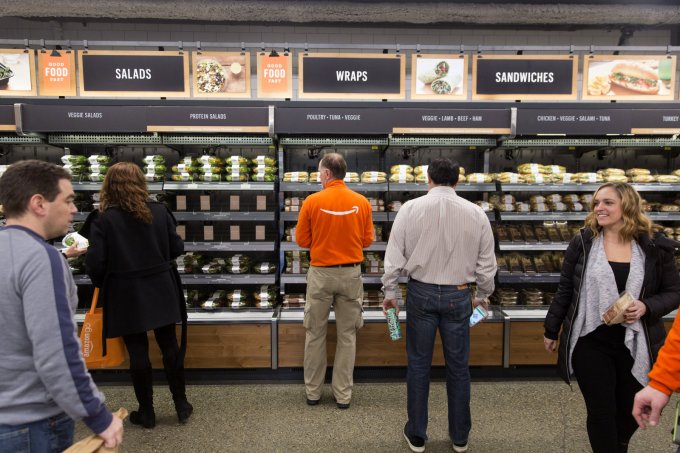 As a startup, AiFi had the typical cold start challenge with a lack of visual data from real-world situations to start training their computers, versus Amazon, which likely gathered real-life data to train its algorithms while Amazon Go was in stealth mode.

AiFi’s solution of creating synthetic data has also become one of their defensible and differentiated technology advantages. Through AiFi’s system, shoppers will be able to come into a retail store and pick up items without having to use cash, a card or scan barcodes.

These smart systems will need to continuously track hundreds or thousands of shoppers in a store and recognize or “re-identify” them throughout a complete shopping session. 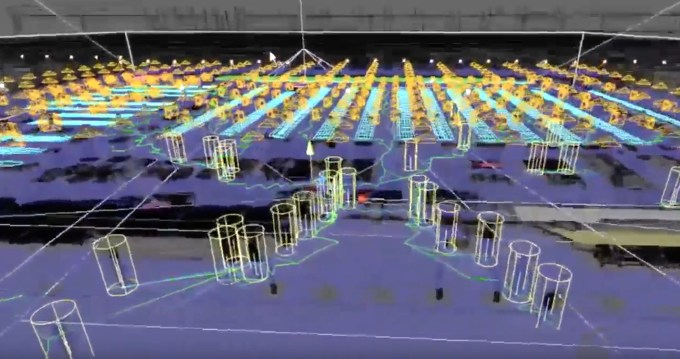 The world is vast, and can hardly be described by a small sample of real images and labels. Not to mention that acquiring high-quality labels is both time-consuming and expensive, and sometimes infeasible. With synthetic data, we can fully capture a small but relevant aspect of the world in perfect detail. In our case, we create large-scale store simulations and render high-quality images with pixel-perfect labels, and use them to successfully train our deep learning models. This enables AiFi to create superior checkout-free solutions at massive scale.

Robotics is another sector leveraging synthetic data to train robots for various activities in factories, warehouses and across society.

Josh Tobin is a research scientist at OpenAI, a nonprofit artificial intelligence research company that aims to promote and develop friendly AI in such a way as to benefit humanity as a whole. Tobin is part of a team working on building robots that learn. They have trained entirely with simulated data and deployed on a physical robot, which, amazingly, can now learn a new task after seeing an action done once.

They developed and deployed a new algorithm called one-shot imitation learning, allowing a human to communicate how to do a new task by performing it in virtual reality. Given a single demonstration, the robot is able to solve the same task from an arbitrary starting point and then continue the task.

Their goal was to learn behaviors in simulation and then transfer these learnings to the real world. The hypothesis was to see if a robot can do precise things just as well from simulated data. They started with 100 percent simulated data and thought that it would not work as well as using real data to train computers. However, the simulated data for training robotic tasks worked much better than they expected.

Creating an accurate synthetic data simulator is really hard. There is a factor of 3-10x in accuracy between a well-trained model on synthetic data versus real-world data. There is still a gap. For a lot of tasks the performance works well, but for extreme precision it will not fly — yet.

Osaro is an artificial intelligence company developing products based on deep reinforcement learning technology for industrial robotics automation. Osaro co-founder and CEO, Derik Pridmore says that “There is no question simulation empowers startups. It’s another tool in the toolbox. We use simulated data both for rapidly prototyping and testing new models as well as in trained models intended for use in the real world.”

Many large technology companies, auto manufacturers and startups are racing toward delivering the autonomous vehicle revolution. Developers have realized there aren’t enough hours in a day to gather enough real data of driven miles needed to teach cars how to drive themselves.

One solution that some are using is synthetic data from video games such as Grand Theft Auto; unfortunately, some say that the game’s parent company Rockstar is not happy about driverless cars learning from their game. 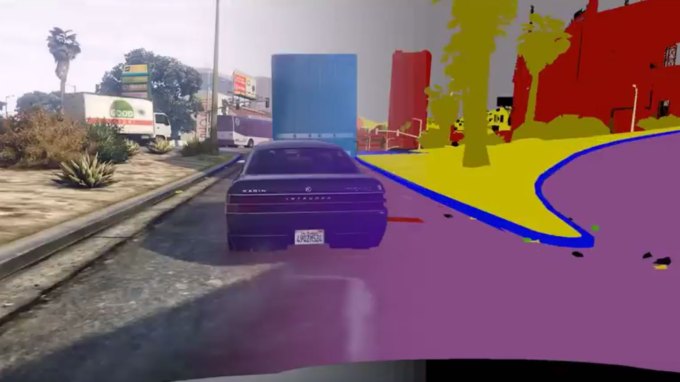 May Mobility is a startup building a self-driving microtransit service. Their CEO and founder, Edwin Olson, says,

One of our uses of synthetic data is in evaluating the performance and safety of our systems. However, we don’t believe that any reasonable amount of testing (real or simulated) is sufficient to demonstrate the safety of an autonomous vehicle. Functional safety plays an important role.

The flexibility and versatility of simulation make it especially valuable and much safer to train and test autonomous vehicles in these highly variable conditions. Simulated data can also be more easily labeled as it is created by computers, therefore saving a lot of time.

Jan Erik Solem is the CEO and co-founder of Mapillary*, helping create better maps for smarter cities, geospatial services and automotive. According to Solem,

Having a database and an understanding of what places look like all over the world will be an increasingly important component for simulation engines. As the accuracy of the trained algorithms improves, the level of detail and diversity of the data used to power the simulation matters more and more.

To date, the major platform companies have leveraged data moats to maintain their competitive advantage. Synthetic data is a major disruptor, as it significantly reduces the cost and speed of development, allowing small, agile teams to compete and win.

The challenge and opportunity for startups competing against incumbents with inherent data advantage is to leverage the best visual data with correct labels to train computers accurately for diverse use cases. Simulating data will level the playing field between large technology companies and startups. Over time, large companies will probably also create synthetic data to augment their real data, and one day this may tilt the playing field again. Many speakers at the annual LDV Vision Summit in May in NYC will enlighten us as to how they are using simulated data to train algorithms to solve business problems and help computers get closer to general artificial intelligence.