Robinhood started off as a dead-simple stock trading application that had no transaction fees — but since it’s continued to grow, and especially as it starts to dive into cryptocurrency, investors are getting pretty excited about its prospects and are pouring a ton of new funding into it.

And it’s that tantalizing prospect of creating a next generation way of trading assets and cryptocurrency that is now sending Robinhood to a $5.6 billion valuation in a new financing round that the company is announcing today. Robinhood says it’s closed a $363 million Series D financing round; DST Global led this new round and Iconiq, Kleiner Perkins, Sequoia and Capital G participated. Robinhood had a $1.3 billion valuation last year when it had around 2 million users, and the company says it now has 4 million users and has passed $150 billion in transaction volume.

“It’s the only place right now where you can trade crypto, stocks, and options all in one place,” CEO Vlad Tenev said. “For us to construct an experience that feels seamless and natural for customers, that for example want to sell an equity and use the proceeds to buy crypto, seamlessly, that’s been challenging not just from a product and design standpoint, but also infrastructure standpoint. There’s complexity under the hood, and our goal is to make it as seamless as possible in the process and make that complexity go away.”

Those 4 million users — and that valuation — indicates that Robinhood has clearly exposed a lot of demand for an easier way for users to dip their toes into financial services without having to work with firms that have trading fees like Scottrade or E*Trade. And while there are a lot of services that offer robo-advisory services like Betterment and Wealthront, which make it easier to start investing small amounts of money, Robinhood offers users the opportunity to do these things at a more granular level.

And, of course, there’s the cryptocurrency aspect that is clearly spurring a lot of interest in the company. At the time, 1 million users waitlisted for access in just the five days after Robinhood Crypto was announced. Robinhood has premium services like Robinhood Gold, where the company can find additional ways to generate revenue that offset the requirements of running a system that allows users to trade stocks for free. Robinhood has raised $539 million to date, as diving into financial services can be an expensive prospect, as well as getting enough users on board to the point that it can scale to a level that the business starts to increasingly make sense.

Robinhood’s crypto trading service came out in February and by today, the company says it’s available in 10 states. The company also rolled out a web version and stock option trading, trying to become a more robust financial services company that’s still tuned to a younger generation that wants an easier way to get into investing without needing a big balance to invest. Most of Robinhood’s users, too, aren’t so-called “day traders” and are instead holding stocks for a while after they buy them.

“If you look at the data and the statistics, people that are active day traders are actually a very small percentage of our space,” Tenev said. “People that are actually transacting on that cadence are the minority of our customers. Most of our customers engage in more of these buy and hold accumulation strategies. We really see a lot of unique things because we don’t charge trading commissions. There are customers that deposit money regularly twice or once a month and then buy stocks as soon as those deposits come in. We don’t see a lot of customers that are doing rapid buying and selling.” 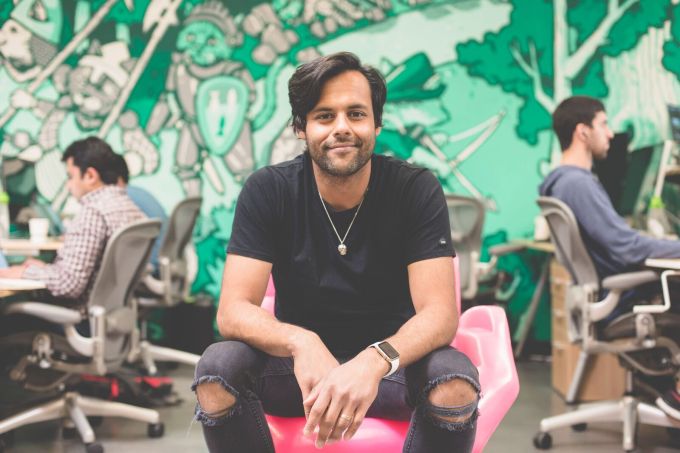 Still, as it tries to further expand — especially into products like crypto and new regions — it’s going to increasingly find itself trying to jump hurdles that financial services companies find when going abroad. And there’s always a chance that the trading platforms will try to become a little more competitive (and companies like Square are even getting into Bitcoin trading). That’s going to require a robust amount of funding to try to outmaneuver well-capitalized companies that might already have those relationships in place to more easily expand.

“The political climate is uncertain, it sort of affects everyone, it doesn’t affect us uniquely,” Tenev said. “We’re a crypto business now. Not a lot of people have a ton of clarity on what that’s gonna look like in the future, it’s a new space that’s evolving really rapidly. I think that we’re confident we can adapt and evolve, and we’re operating the business in a responsible way. There’s only so much you can do, but I feel like we’ve done a lot to address any concerns.”