In the first step of what could be an endless exploration of the wizarding world of Harry Potter, the Los Angeles mobile games studio Jam City is releasing its Harry Potter: Hogwarts Mystery game on the App Store and Google Play.

No one could accuse me of being a gamer, but as a fan of both the books and the movies, I was intrigued by the prospect that the Hogwarts Mystery game presents. The animation (from the demo I’d seen) is well done and the plot was compelling.

Set in the 1980s, the game follows the player as they develop a character, enroll in Hogwarts, select one of the school’s four houses and begin to navigate the world of Hogwarts. Players can create personalized characters and customize their avatars by learning magical skills and developing relationships with other students.

Certain choices in the game will change the trajectory of the story, and, over time, the game developers envision expanding the world well-beyond Hogwarts to track characters as they navigate life in the Harry Potter universe.

But it all starts with Hogwarts School of Witchcraft and Wizardry and the mystery at the heart of game’s plot. The player’s avatar had an older sibling who attended Hogwarts but vanished mysteriously. Part of the narrative that propels the game will be investigating what happened, and why.

Within the game, players can expect to see some familiar faces (and hear some familiar voices). Dame Maggie Smith is reprising her role as Professor McGonagall and Michael Gambon is back voicing Professor Dumbledore. Other actors from the movies include Warwick Davis as Professor Flitwick, Gemma Jones as Madam Pomrey and Zoe Wanamaker as Madam Hooch. 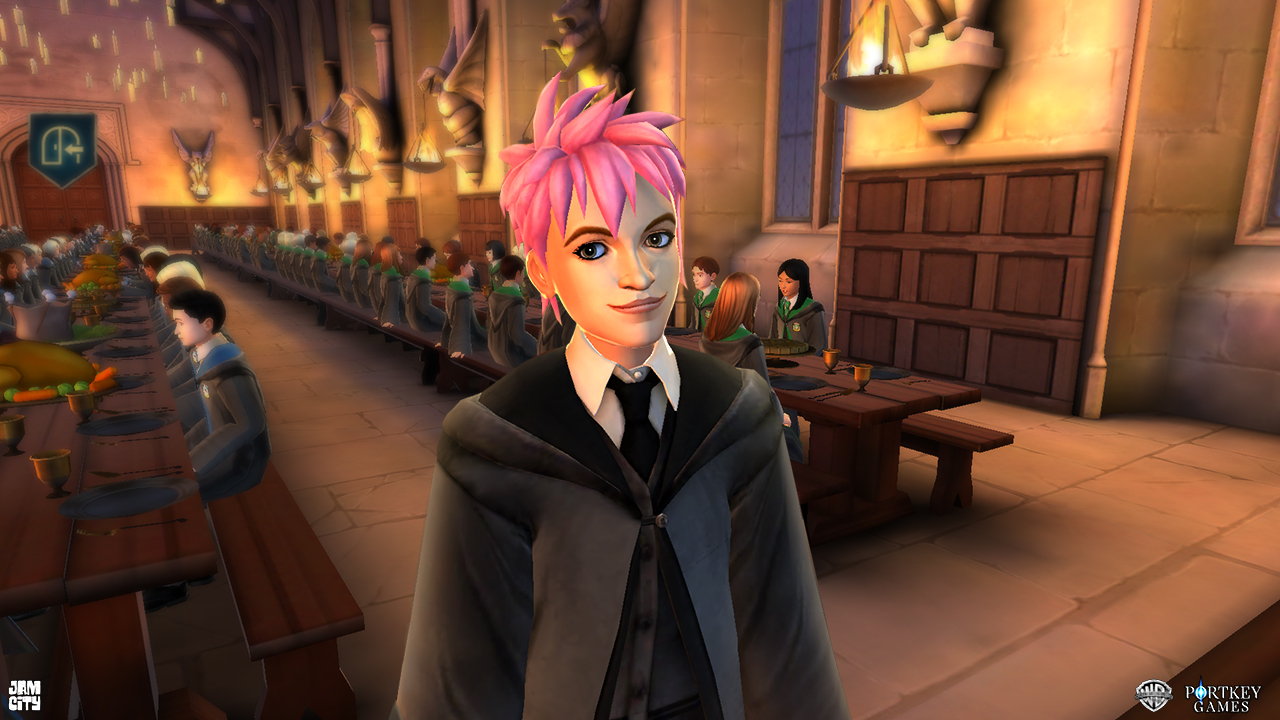 “Our goal with Harry Potter: Hogwarts Mystery is to make players really feel for the first time like they’re attending Hogwarts,” said Chris DeWolfe, co-founder and CEO of Jam City, in a statement. “By including these iconic and incredibly talented actors in the game, we come one step closer to truly giving fans their own Hogwarts experience.”

Players will also meet original game characters like Penny, a popular Hufflepuff potions expert; Tulip, a rebellious Ravenclaw prankster; and Merula, a Slytherin with a dark past.

As for the gameplay itself, users can duel with characters, learn spells and interact with students to gain different points that correspond to certain skills and attributes.

Mechanisms for interaction are similar to those developers have been using since Kim Kardashian: Hollywood, and some reviewers have wondered (rightly) whether the dream of a wizarding world that’s mostly open for exploration will be perverted by a cash grab.

The developers of the game seem to be just as excited as the players they want to attract, and will ideally acknowledge the not-so-fine line between commercial viability and opportunistically extortionate in-game economics.