Xiaomi and Ant Financial are two of a cluster of major tech names being linked with IPOs in Hong Kong. But, despite a burst of upcoming tech listings and new measures that are tipped to encourage more, the country still has some way to go to match the U.S. as a destination for startup exits, according to one of its star graduates.

Gaming hardware firm Razer raised more than $500 million when it went public on the HKSE last November, but its CEO Min-Liang Tan has warned that the country’s investor base needs education on how tech companies perform and develop.

“[Going public] was an exciting time for us, but [now] our focus is getting the Hong Kong investment public to be more educated on tech companies,” Tan told TechCrunch in an interview this week. “The U.S. [public markets] are probably more cognizant of tech companies.”

Razer, which is backed by Hong Kong’s richest man Li Ka-Ching among other investors, saw an 18 percent pop on IPO day, but its share price has steadily decreased since then. It is trading up six percent today — after the company bought $100 million-valued payment provider MOL yesterday — but its price of HK$2.59 is down on its initial list price of HK$3.88. 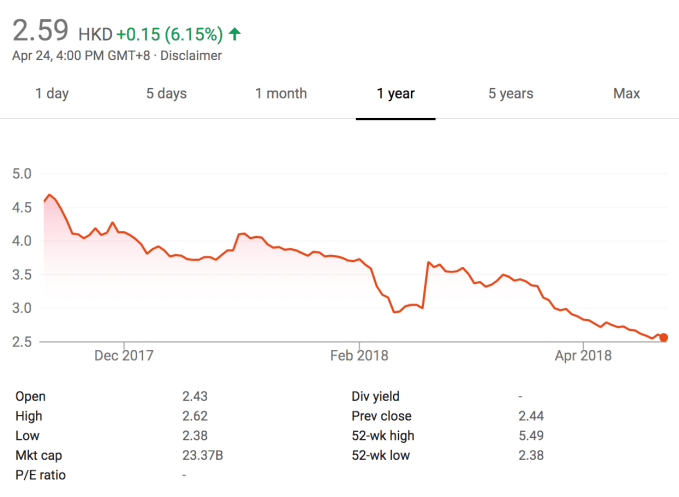 China Literature, the e-publishing unit of Tencent, is another lauded IPO darling that has struggled to find its feet since going public.

Its listing was the most profitable Hong Kong debut in a decade with shares leaping 86 percent in value on the first day of trading as China Literature raised $1 billion. But today the price of HK$68.10 is down substantially on a debut figure of HK$102.5. 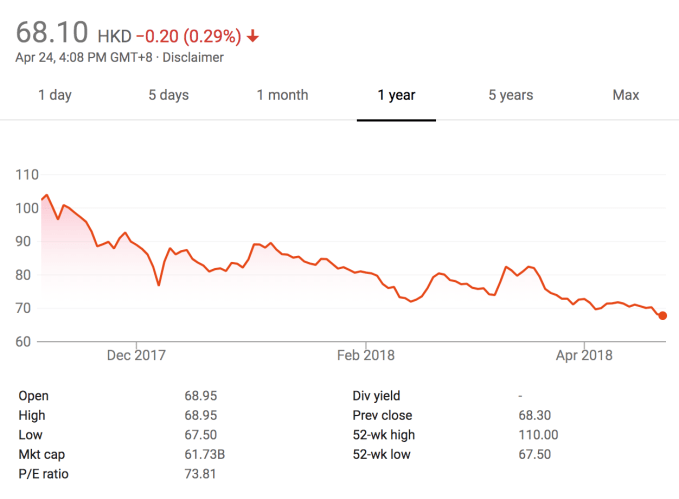 Going back further, shares of selfie app and smartphone-maker Meitu — which led the tech rally with an HKSE listing in late 2016 — have stayed flat. 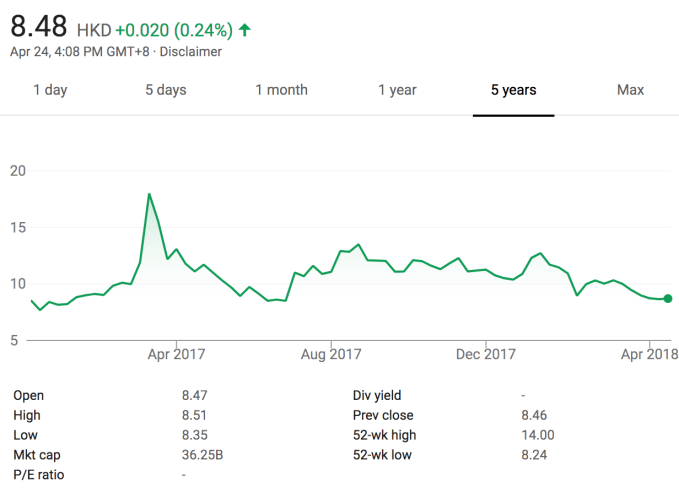 Those three stories should offer some caution to Ant Financial, the Alibaba fintech affiliate reportedly valued up to $150 billion by private investors, and Chinese smartphone star Xiaomi, which is reportedly close to listing in Hong Kong at a valuation that could reach $100 million.

We’ve written before that Hong Kong’s unique positioning bridging China and the international market gives it appeal as a crossway for Chinese brands to go international, and global firms to enter Mainland China. Added to that, markets like India and Southeast Asia are incubating billion-dollar tech firms that will need destinations for exits perhaps beyond the scope of what the location options can offer. However, with facts like higher burn rates, iterative product development, large R&D budgets and varying business models, many tech companies don’t function like more traditional enterprises or industries.

Hong Kong is showing promise as a destination for tech IPOs

In Razer’s case, the company sells gaming laptops and accessories for gamers, such as specialized mice, keyboards, headsets and gaming pads. It recently branched out into mobile with its first smartphone, and Tan teased the potential for other new product launches this year.

The challenge of educating investors is more acute for Razer than most tech companies because the company focuses on emerging industries such as gaming and esports. Case in point, that space is so nascent and under-the-radar that Razer had to commission its own surveys and research from third-parties ahead of its IPO to get market and competition data for its prospectus.

Still, Tan said things are going well for the business.

“We out-performed our expectations quite a bit in 2017 and there’s a lot of excitement around gaming and esports,” he told TechCrunch.

“The phone has done very well for us,” he added. “With games like PUBG and Fortnite coming to mobile, it’s probably the best timing ever for us to be first movers in this space. Now with virtual credits [from the MOL acquisition], we see a way to help games companies in various areas… we’re building an entire ecosystem for our games partners.”

Tan declined to comment when asked if Razer would consider additional listings in other markets, although he said there’s “a lot of interest in the work we do.”