Late last year, after Amazon announced it had acquired the rights to J.R.R. Tolkien’s epic “Lord of the Rings” saga for $250 million, I wrote how the move underscored Amazon’s relentless pursuit to build one platform to “rule them all.” Now that Amazon is investing half a billion dollars into developing a Middle Earth show – making it the most expensive TV series ever made – it won’t be a surprise to see Jeff Bezos front and center at the Emmys soon.

But Hollywood isn’t the only industry Amazon wants to upend. Based on the company’s great ambitions in apparel, it may not be long before we also see Bezos at New York Fashion Week next to Anna Wintour.

The 800-Pound Gorilla in the Fashion World

As traditional retail continues to recede, direct to commerce fashion brands continue to emerge. I’ve previously shared how Stitch Fix, Warby Parker, Everlane and Allbirds are just a few innovative companies proving the success of this model. As the master of D2C commerce, Amazon has been fine-tuning its fashion operation for over 15 years.

Amazon originally got into apparel all the way back in 2002 and acquired online shoe retailer Zappos for $1.2 billion in 2009, marking the largest purchase in its history at the time. But the company’s quest to dominate fashion has faced several historical obstacles, chief among them that people have not trusted buying apparel online out of a desire to try on the items first and that Amazon was not perceived as a “cool” brand.

Headwinds are now tailwinds. Online shopping for apparel took off and is now the highest online-penetration CPG sector; the majority of women have shopped for clothing online. E-commerce accounts for nearly twice as big a proportion of total clothing sales as it does for retail more broadly (17 percent vs. 10 percent). Amazon, meanwhile, has honed its apparel strategy, providing free returns, better photography and greater selection. Today, the company is the largest apparel retailer by gross merchandise volume. Mission accomplished? Not quite. 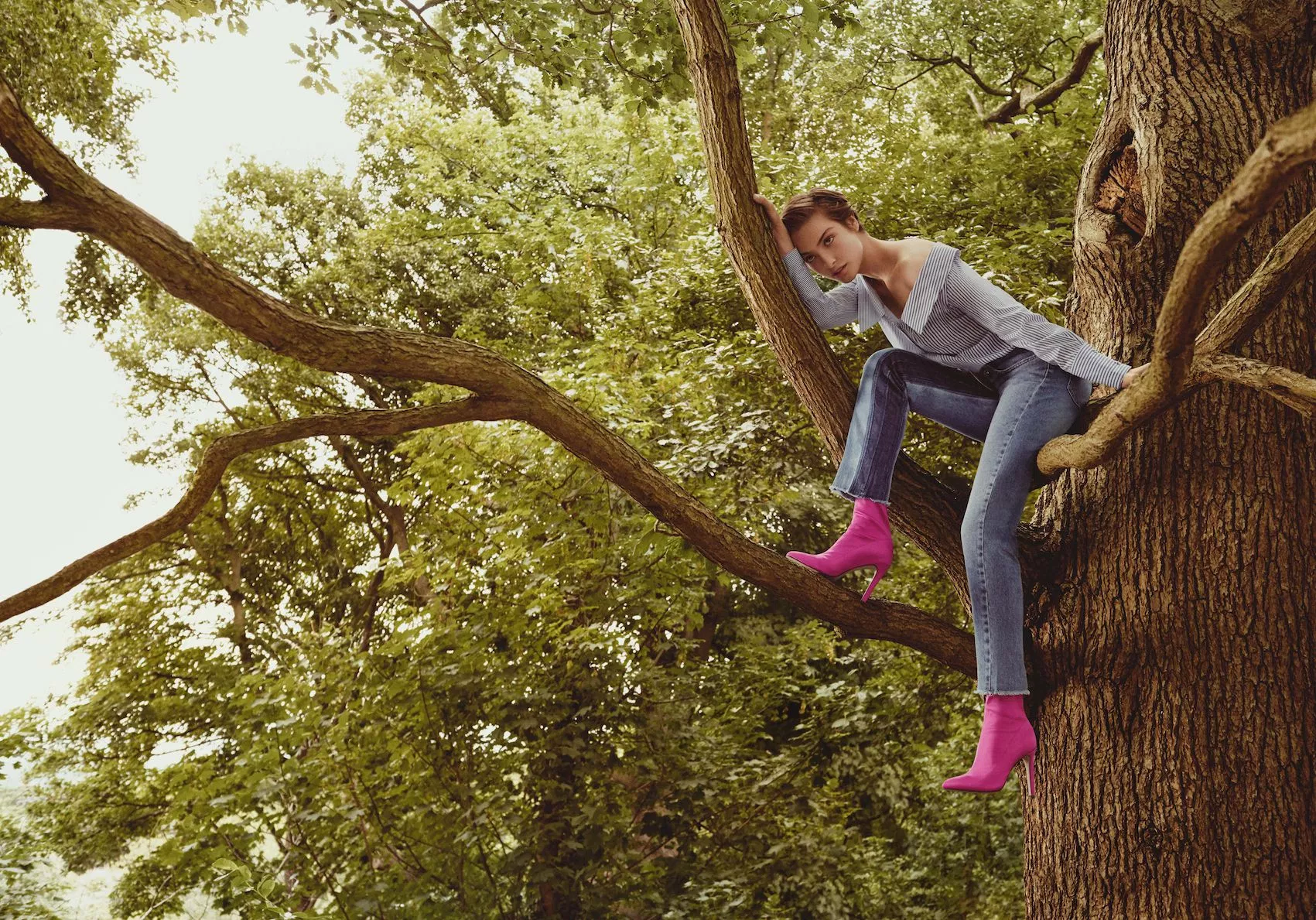 Bonobos CEO Andy Dunn once said, “Selling a bunch of other people’s stuff is a low margin game that requires a lot of capital and, ultimately, it’s hard to beat Jeff Bezos at that.” This is true, but when it comes to apparel, Bezos has greater ambitions than selling other people’s stuff. Currently, though, that’s mostly what Amazon does.

According to analysis from Coresight Research, nearly 14 percent of listings on the U.S. Amazon Fashion site are from Amazon itself, while third-party sellers account for the remaining 86 percent. Amazon is highly incentivized to increase its share of that pie. Apparel is a highly profitable category for the company, with 40 percent peak gross margins in the last 10 years. Additionally, Prime members heavily overindex for buying apparel on Amazon – nearly two-thirds have done so in the past year.

As it ramps up its private-label offerings, Amazon is clearly keen to move beyond selling the apparel equivalent of batteries and diapers through its Amazon Essentials brand. It started selling thigh-high velvet boots in September, and Coresight’s analysis indicates that the company is focusing on higher-value categories.

If its recent Lord of the Rings rights acquisition was an attempt to further capture young affluent consumers’ eyeballs, and Whole Foods an attempt to lock down their stomachs, it follows that Amazon would want to ensnare their wardrobes as well. Acquiring a hot digitally native vertical brand – or brands – would be a speedy way to accomplish that. Walmart has already pursued this strategy by buying Bonobos, Modcloth and others; Amazon could take a similar path and seek to bring buzzy brands like Everlane into the everything store. This could also go a long way in helping Amazon shed its “uncool” label. 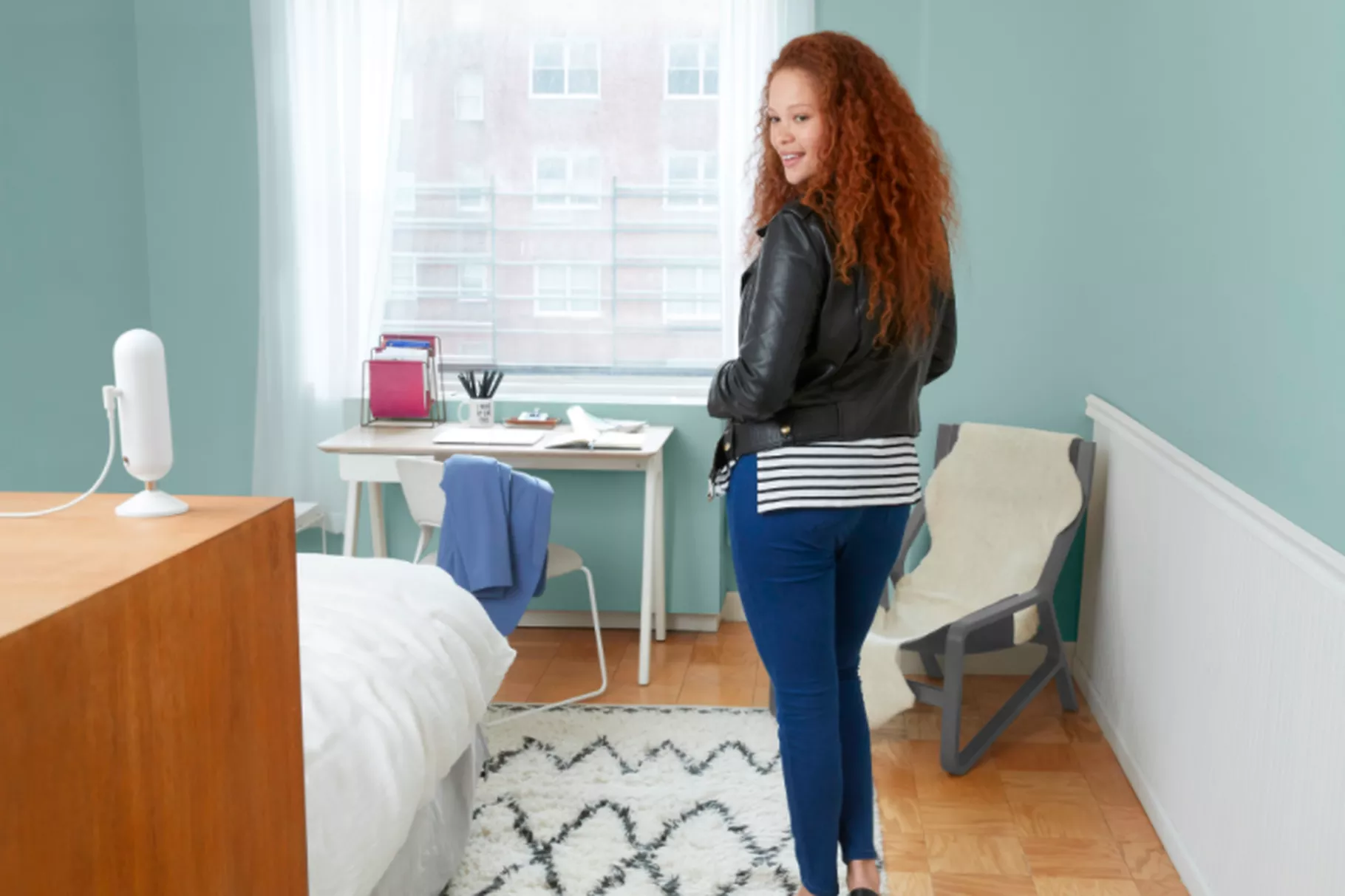 Last year, Amazon introduced a number of innovations designed to turbocharge its apparel business and make the online shopping experience as frictionless as possible. It launched Prime Wardrobe, a Stitch Fix-style service that allows you to try three or more items on at home before sending back the items you don’t want for free in a resealable box with a prepaid label.

It also debuted Echo Look, a new Alexa-powered device that the company dubs a “hands-free camera and style assistant.” The addition of a camera enables the device to record and comment on its owner’s clothing choices, using a combination of machine learning and human stylist feedback. This advice also takes the form of recommendations, which can drive revenue to Amazon Fashion, and specifically its private-label brands.

Amazon is iterating on and rolling out more features for the Echo Look, including curated content and even crowdsourced (human!) style feedback. It also created an AI algorithm for designing clothes and patented an AR mirror that lets you virtually try on clothes. The value of such a mirror was validated recently by L’Oreal’s acquisition of ModiFace, a company that produces technology that powers similar applications in beauty AR.

Analyzing all these moves together, Amazon’s apparel strategy begins to crystallize. First it sells tons of clothes to learn how clothes are sold. Then it starts selling its own clothes to generate higher gross margin. And now has it has Prime Wardrobe to increase lock-in and reduce points at which customers can choose not to buy Amazon’s own clothing (all while gathering more data about individual preferences); and Echo Look to be its data collection and voice-commerce portal (and as an added bonus, it can route ambiguous purchase requests to its growing inventory of private-label items). If this strategy is successful, it will give Amazon an enormous data moat to drive high-margin sales – a competitive advantage that will be extremely difficult for fashion retailers and brands to replicate.

Bezos doesn’t need to even ask.

Amazon has become increasingly dominant in several increasingly important arenas: cloud services, voice assistants, self-serving brick-and-mortar stores with Amazon Go, and of course its now-traditional role as the online everything store. The company is poised to add apparel to this growing list as it changes the way people shop for clothing (again) and entices more of its customers to buy Amazon’s own threads. And it bears mentioning that Amazon Fashion will get a helpful hand from Amazon Studios as well. Bezos once shared that, “When we win a Golden Globe, it helps us sell more shoes.” If he has his way, Amazon will be doing a lot more of both in the coming years.