While it took four years for Lyft to reach $100 million in tips for its drivers, more than half of all the tips were from 2017. Uber, which has been around longer than Lyft, rolled out tipping just last June. As of August, Uber hit $50 million in tips.

Lyft, of course, is not available in nearly as many markets as Uber. Lyft only operates in the U.S. and Canada, while Uber operates in the U.S., Canada, Central and South America, Europe, the Middle East, Africa, East Asia, South Asia, Southeast Asia, Australia and New Zealand. So, more continents and cities means more opportunities for tipping. 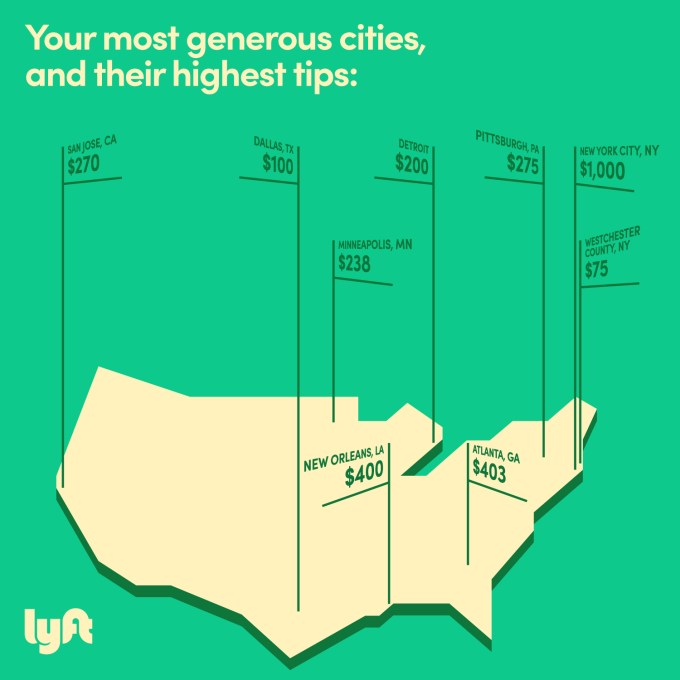 Lyft’s tipping update comes shortly after the company shed some light on how much drivers make on the ride-hailing platform. On an hourly basis, Lyft says it’s most certain about how much money drivers make once they’ve accepted and completed a ride (periods two and three). In this type of scenario, Lyft says median earnings are $29.47 per hour, nationwide. In Lyft’s top 25 markets, that’s $31.18 per hour.