In addition to being the sports media giant’s first big push into digital subscriptions, ESPN+ is also parent company Disney’s first streaming launch since it took a majority stake in technology company BAMtech last year, with the explicit goal of helping Disney move into streaming.

“I consider these offerings the beginning of a new era of innovation at ESPN,” said ESPN President Jimmy Pitaro.

While Disney and ESPN have been previewing ESPN+ for a while now, and released many of the content details last week, they also brought reporters to ESPN’s Bristol, Connecticut headquarters to lay out their vision and show off the app. 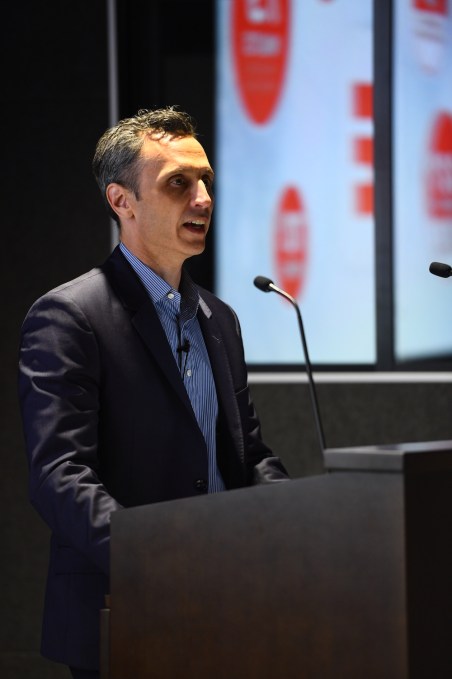 For starters, it’s worth emphasizing what won’t be included in ESPN+: The big games that you’d get through the linear ESPN channels. In fact, ESPN is treating its ESPN+ content as something almost entirely distinct from its traditional TV offering. So unlike, say, an HBO Now subscription, ESPN+ really wouldn’t serve as a replacement for what you’d get as a cable subscriber.

Pitaro said that ESPN’s relationship with cable providers remains “a critical part of our business and will continue to be so.”

“We’ve been very clear that the service is meant to be complementary and additive to what you’re getting on linear television,” he said.

So what will ESPN+ include? Among the live games will be a daily Major League Baseball game (adding up to 180 games throughout the season), plus more than 180 National Hockey League games, more than 250 Major League Soccer games, college sports, golf, cricket, rugby and matches from three of the tennis Grand Slams.

The Last Days of Knight, the latest installment in the 30 for 30 documentary series, is also premiering exclusively on ESPN+. The service will include other original content and shows like Detail, a basketball analysis show hosted by Kobe Bryant. And subscribers will have access to a larger archive of ESPN content, including the full 30 for 30 series. 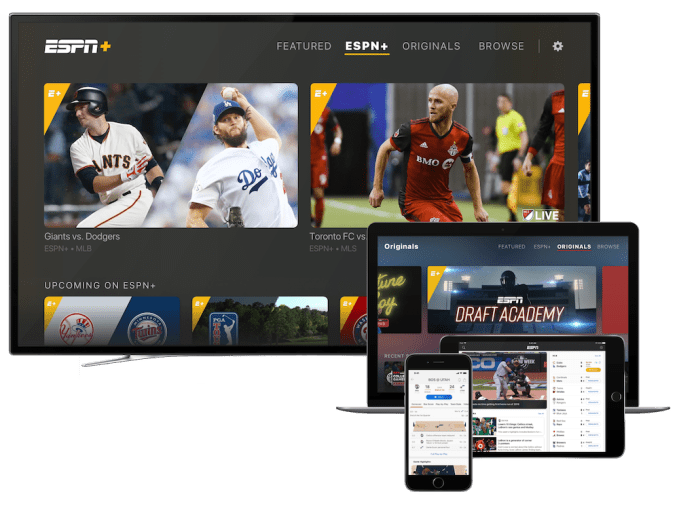 BAMTech CEO Michael Paull resisted characterizing this as an ESPN offering for cord-cutters. Instead, he suggested that it’s designed to appeal to a variety of sports fans, including “core ESPN fans” who are “hungry for even more sports,” as well as those who follow sports like cricket, rugby and soccer, which have been “historically underserved.”

As for advertising, Paull said there will be no display ads in the app, and no pre- or post-roll ads in the games, but video ads will play during the normal breaks during live games.

The ESPN+ launch is part of a broader redesign of the ESPN app that’s also launching today. As before, the app will include news, scores and highlights that are accessible to all users, as well as the ability to watch linear ESPN by authenticating your cable account.

But the app has a whole new look (“Let’s get out of the way of the content and let the content really shine,” Pitaro said). And it now supports streaming at 60 frames per second, with a new section specifically for watching ESPN+ content (the service will also be promoted in relevant content throughout the app). 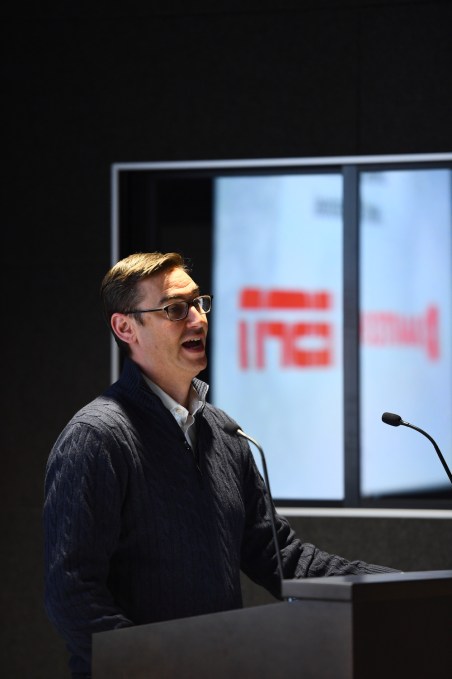 ESPN CTO Aaron LaBerge highlighted the app’s personalization capabilities, like a homescreen that’s tailored to the sports and teams you follow. Pitaro brought this up again when asked about why it’s important for ESPN to have a direct relationship with consumers.

I also wondered whether having an app that requires multiple subscriptions to see all the content (you can also use it to subscribe to MLB.TV, and eventually NHL.TV) might result in a frustrating experience for users, but Pitaro pointed instead to the advantages of treating the app as “the starting point or front door to all things ESPN.” And when I tried it out myself, a color coded system signaling the different types of content (ESPN+ content has a gold badge, for example) seemed pretty straightforward.

ESPN+ is launching in the United States on devices including Fire TV, iPhone, iPad, Apple TV, Android phones, Android TV and Chromecast, with more devices planned. Pitaro said that while there are no current plans for outside the U.S., he’s open to launching in the other territories where ESPN operates.