Cambridge Analytica is refuting a report by Facebook today that said Cambridge Analytica improperly attained data on up to 87 million users. Instead, it claims it only “licensed data for no more than 30 million people” from Dr. Aleksandr Kogan’s research company Global Science Research. It also claims none of this data was used in work on the 2016 U.S. presidential election when it was hired by the Trump campaign, and that upon notice from Facebook immediately deleted all raw data and began removing derivative data.

The whole statement from Cambridge Analytica can be found below. We requested a comment from Facebook about the incongruencies in the two companies’ positions, but the social network declined to comment.

The he-said-she-said of the scandal seems to be amplifying as Facebook continues to endure criticism about weak data privacy policies and enforcement that led to the Cambridge Analytica fiasco that’s seen Facebook’s market cap drop nearly $100 billion. 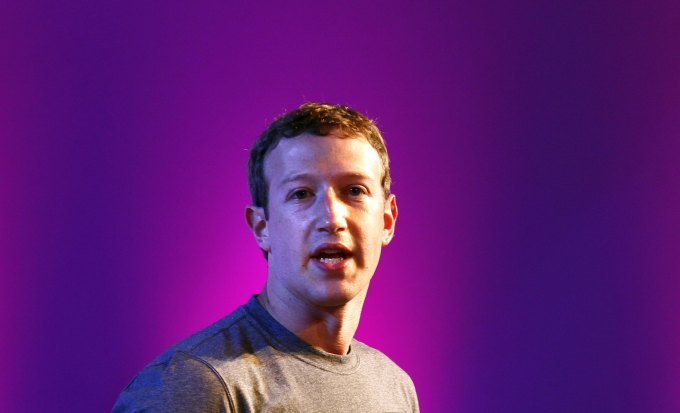 NEW DELHI, INDIA – OCTOBER 9: Co-founder and chief executive of Facebook Mark Zuckerberg gestures as he announces the Internet.org Innovation Challenge in India on October 9, 2014 in New Delhi, India. Zuckerberg is on a two-day visit to India aimed at promoting the internet.org app, which allows people in underdeveloped areas to access basic online services. (Photo by Arun Sharma/Hindustan Times via Getty Images)

Today Facebook announced the 87 million figure as a maximum number of people potentially impacted and said it would notify those users with an alert atop the News Feed. It also rewrote its Terms of Service today to clarify how it collects and works with outside developers, and announced sweeping platform API restrictions that will break many apps built on Facebook but prevent privacy abuses. Zuckerberg then held a conference call with reporters to give insight on all the news.

Cambridge Analytica responds to announcement that GSR dataset potentially contained 87 million records
Today Facebook reported that information for up to 87 million people may have been improperly obtained by research company GSR. Cambridge Analytica licensed data for  from GSR, as is clearly stated in our contract with the research company. We did not receive more data than this.

We did not use any GSR data in the work we did in the 2016 US presidential election.

Our contract with GSR stated that all data must be obtained legally, and this contract is now a matter of public record. We took legal action against GSR when we found out they had breached this contract.When Facebook contacted us to let us know the data had been improperly obtained, we immediately deleted the raw data from our file server, and began the process of searching for and removing any of its derivatives in our system.

When Facebook sought further assurances a year ago, we carried out an internal audit to make sure that all the data, all derivatives, and all backups had been deleted, and gave Facebook a certificate to this effect.

We are now undertaking an independent third-party audit to demonstrate that no GSR data remains in our systems.