Following the Cambridge Analytica scandal, users have flocked to their Facebook privacy settings to sever their connection to third-party apps that they no longer wanted to have access to their data. But deleting them all took forever because you had to remove them one by one. Now Facebook has released a new way to select as many apps as you want, then remove them in bulk. The feature has rolled out on mobile and desktop, and Facebook also offers the option to delete any posts those apps have made to your profile.

Facebook confirmed the launch to TechCrunch, pointing to its Newsroom and Developer News blog posts from the last few weeks that explained that “We already show people what apps their accounts are connected to and control what data they’ve permitted those apps to use. In the coming month, we’re going to make these choices more prominent and easier to manage.” Now we know what “easier” looks like. A Facebook spokesperson told us “we have more to do and will be sharing more when we can.” The updated interface was first spotted by Matt Navarra, who had previously called on Facebook to build a bulk removal option.

Facebook stopped short of offering a “select all” button so you have to tap each individually. That could prevent more innocent, respectful developers from getting caught up in the dragnet as users panic to prune their app connections. One developer told me they’d been inundated with requests from users to delete their data acquired through Facebook and add other login options, saying that the Cambridge Analytica scandal “really hurt consumer trust for all apps…even the good guys.” The developer chose to change its Terms of Service to make users more comfortable.

The bulk removal tool could make it much easier for users to take control of their data and protect their identity, though the damage to Facebook’s reputation is largely done. It’s staggering how many apps piggyback off of Facebook, and that we gave our data without much thought. But at least now it won’t take an hour to remove them all. 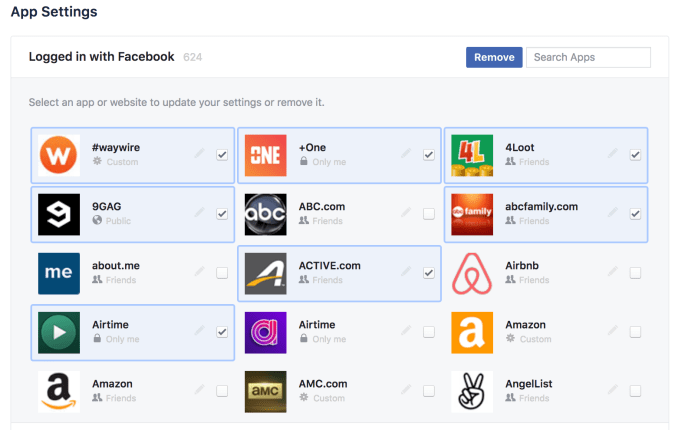 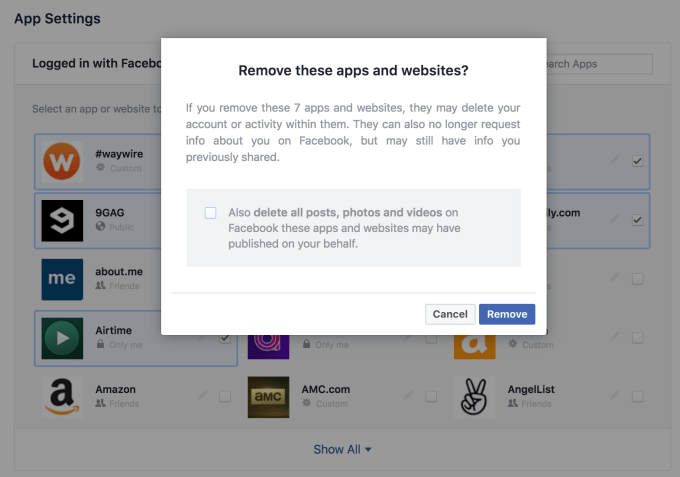 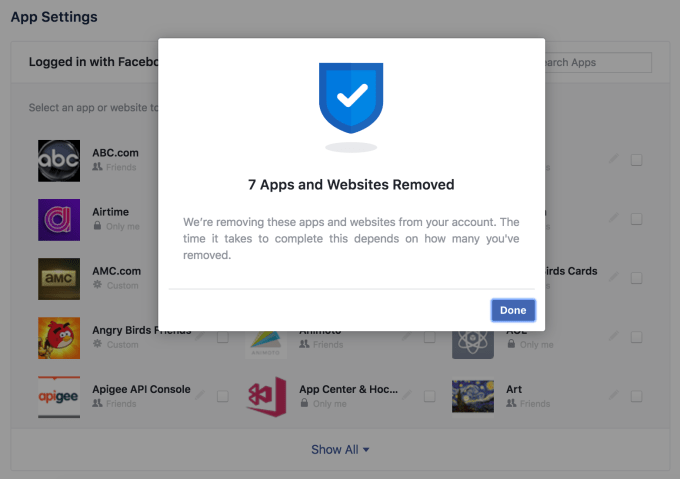