[Update: Though never publicly announced, Facebook has already privately filled the event to capacity. The company’s PR says this isn’t a “last-minute” event as we originally described it, and initial invites went out February 6th. But the sudden move to invite journalists less than a month ahead seems timed to humanize Facebook’s efforts to combat its ongoing data abuse and election interference scandals.] 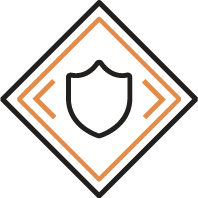 Fighting Abuse @Scale will be held at the Bespoke Event Center within the Westfield Mall in SF. We can expect more technical details about the new proactive artificial intelligence tools Facebook announced today during a conference call about its plans to protect election integrity. The first session is titled “Combating misinformation at Facebook” and will feature an engineering director and data scientists from the company.

Facebook previously held “Fighting Spam @Scale” conferences in May 2015 and November 2016 just after the presidential election. But since then, public frustration has built up to a breaking point for the social network. Russian election interference, hoaxes reaching voters, violence on Facebook Live, the ever-present issue of cyberbullying and now the Cambridge Analytica data privacy scandal have created a convergence of backlash. With its share price plummeting, former executives speaking out against its impact on society and CEO Mark Zuckerberg on a media apology tour, Facebook needs to show this isn’t just a PR problem. It needs users, potential government regulators, and its own existing and potential employees to see it’s willing to step up and take responsibility for fixing its platform.