Siren, a startup that has developed fabric with embedded microsensors, has unveiled its product, a sock for people with diabetes. Siren also announced a $3.4 million investment from DCM, Khosla Ventures and Founders Fund.

Powered by its Neurofabric technology, the diabetic sock can monitor foot temperatures with the idea that those with diabetes will be able to detect potential foot injuries.

“What we do is we take proven technology and we put it inside of socks so people can use it easily,” Siren co-founder and CEO Ran Ma told me. “If you get injured and have diabetic nerve damage, it’s hard to feel pain. The pain can go unnoticed, become infected, turn into an ulcer and lead to an amputation.”

Each sock is fitted with six sensors, so 12 sensors for every pair of socks. They’re also machine-washable and don’t need to be charged.

Siren sells for $19.95 a month, which gets people an initial pack of five pairs of socks, access to fresh socks every six months and access to the Siren Hub for monitoring.

Since its conception, Siren has had a few versions of its socks. Over the years, Siren has fine-tuned its development process to more seamlessly integrate the technology into the socks. Last January, Siren Care won TechCrunch’s Hardware Battlefield at the Consumer Electronics Show. 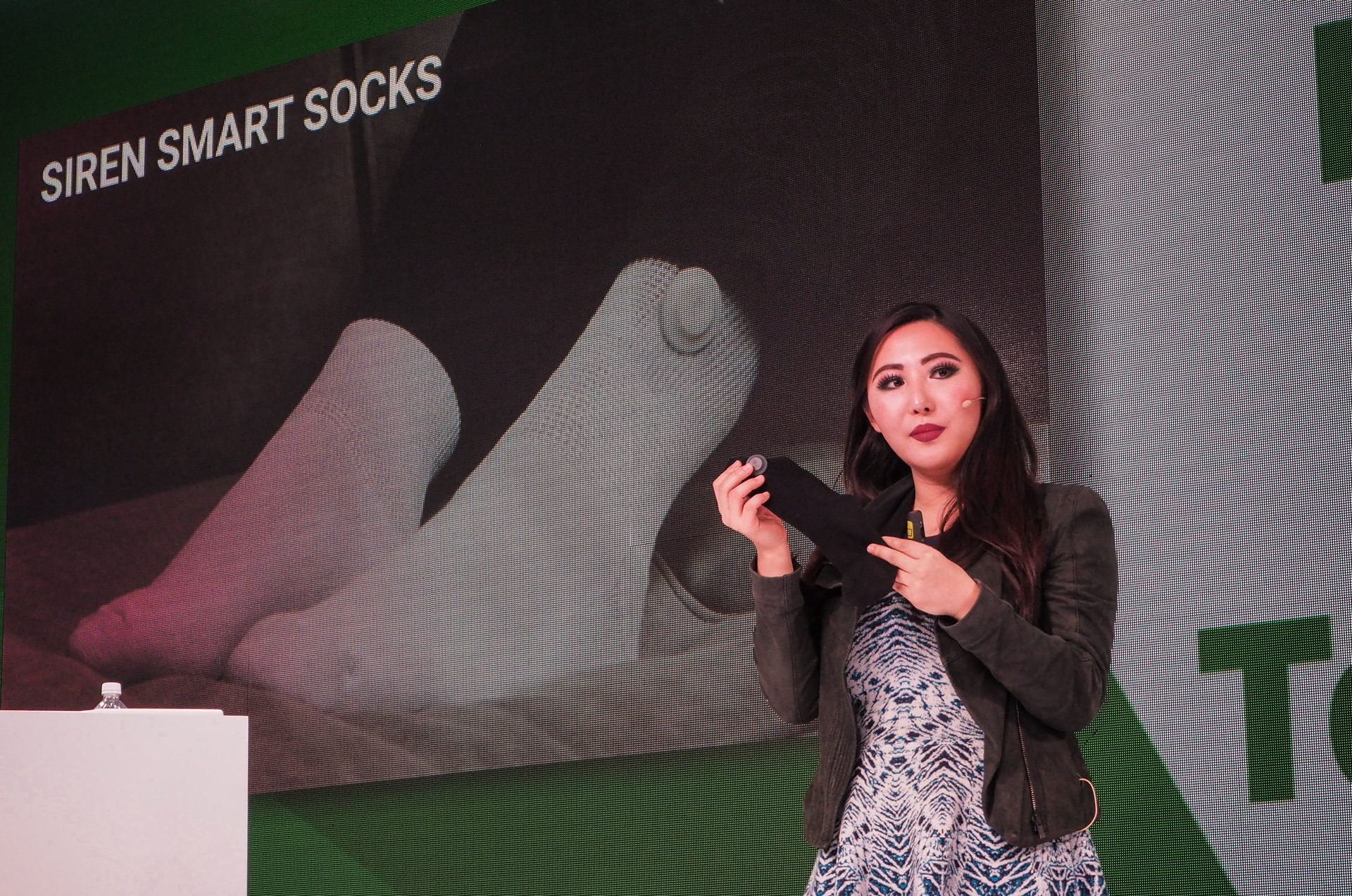 The plan is to create additional products in the health space with this technology.

“It’s very easily scalable,” Ma said. “It’s the same process. You just switch out the component. We already know sensors and electronics are getting cheaper and smaller every single day. So we just take advantage of this trend. Most of this stuff is made for wearables but we’re hijacking it and putting it in your clothes. And we think that’s the best use case.”