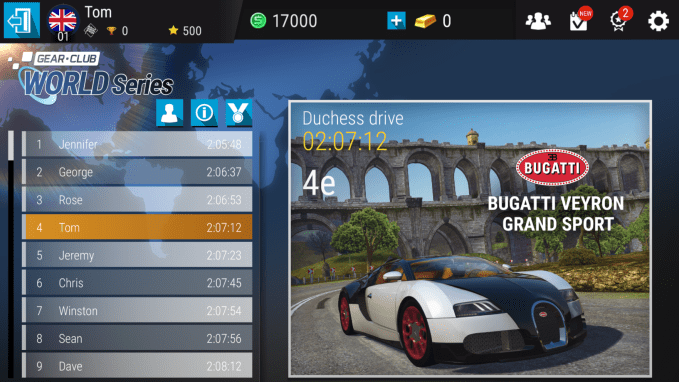 Here’s a curious bit of news for your Monday morning: Amazon wants to be the backend for gaming tournaments. They’ve built a new, AWS-powered platform called “GameOn” for third-party developers, allowing them to easily add things like tournaments, leaderboards and leagues to their games.

Fittingly for Amazon, there’s a product fulfillment aspect to the new API — competition organizers can offer up real-world prizes to players (assuming said prize is available on Amazon), and Amazon will handle the process of getting it to the winner. The developer would have to pay for the prize, of course — but they won’t have to deal with getting a player’s address, packaging and shipping the prize, etc.

At the end of a competition, winning players would see something like this: 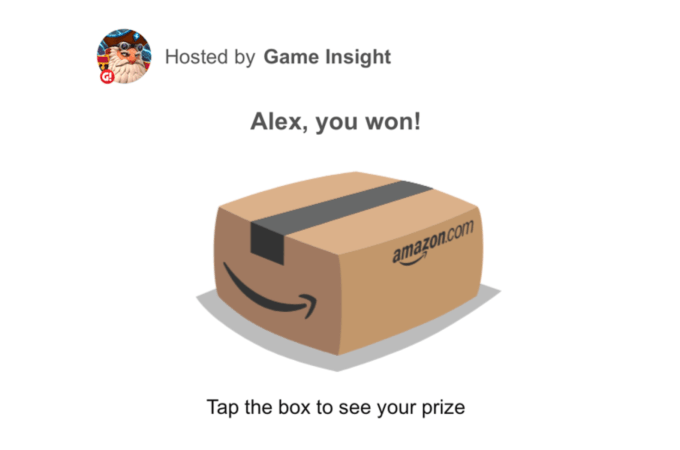 Tap the box and a browser window opens to an Amazon page. Login to your Amazon account, accept the prize, and bam — it’s on its way. It’s a rather clever way for Amazon to get their branding that much deeper into eSports, even if the rest of this API is hidden behind the curtain.

(If real-world prizes aren’t what you’re going for, the API can also help dole out in-game unlocks/rewards)

Competitions can be open to all, locked down on a regional basis, or even tightly GPS-restricted to those at the right place at the right time.

GameOn is built-on top of AWS and designed to work cross platform; as long as the system your game is running on can make API calls — be it mobile, console, or a computer — it should all work just fine.

Amazon tells me that the system will be free to use until May 1st. After that, the first 35,000 tournament plays per month will be free, after which they’re $0.003 a pop. A few developers have already jumped on board, Amazon says, including Eden Games (developers of Gear Club, pictured up top), Vector Unit (developers of Beach Buggy Racing) and Lima Sky (of Doodle Jump fame).

Though timed for GDC, we might’ve been able to see this news coming for a while now. Amazon confirmed earlier this month that it had acquired GameSparks, a competitive-gaming-as-a-service API built in a mighty similar vein.

More information can be found on Amazon’s GameOn page here.