So said Samsung’s Senior Director of Store Development Michael Koch about the company’s flagship Manhattan “popup”—Samsung 837—though “popup” is an understated description for a 56,000 square-foot cavern with interactive art, virtual reality, lounge areas, a recording studio, and a three-story 96-screen display wall. The most shocking thing about it isn’t what’s there, but what Koch, who led the project, says about the place:

“I don’t want you to buy anything in it.”

This may seem antithetical to the purpose of a “store,” but it captures a critical understanding – experience is the core to the future of commerce.

So what is experiential commerce, and what does it look like? 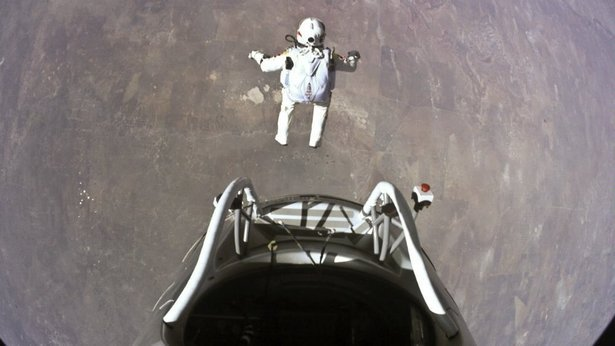 Red Bull really did give this guy wings.

The takeover of experiential commerce is a figure with a thousand faces. It’s in the long-run transformation of stores into showrooms. It’s in Airbnb CEO Brian Chesky’s ambitions that the company’s Experiences platform will stand alongside home rentals as a core part of the business. It’s in Red Bull spending $65 million to drop an Austrian daredevil out of a space balloon and livestream it to millions of viewers on YouTube. It’s in American summer vacation spending rising by $10 billion, or 12.5%, in 2017.

You have to buy tickets to San Francisco’s Color Factory – which markets itself as 12,000 square feet of “color experiences” – months ahead of time, and escape rooms have swept the nation. 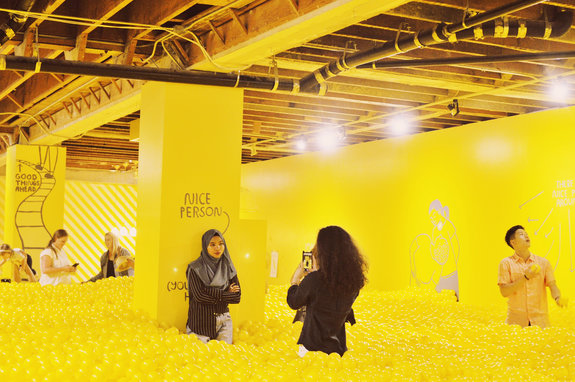 This must be the submarine that Ringo was talking about.

It wasn’t always like this. The status quo historically focused on functionality. Marketing and brand-building stressed a product’s uses—this brand works well to clean your clothes or iron out wrinkles, or this cream will reduce age lines if you wear it daily.

A brick-and-mortar store was product testing, warehousing, and distribution rolled into one. You walk into a Payless to try the shoes on; the customer service associate strolls into the back to get that sneaker in your size; you pay for it at the counter and walk out with it. Above all, however, the store was the place you went to buy the thing. You’re meant to go inside and walk out with something or the store and its salesfolk have not done their job properly. Analysts would judge success on metrics such as ‘sales per square foot’ in each store. 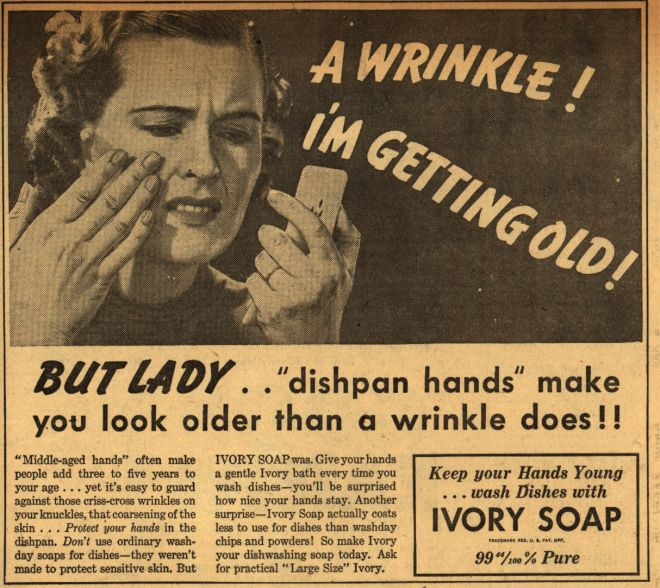 Hell hath no fury like a hand wrinkled before its time.

The growth of e-commerce infrastructure (Stripe, AWS, Shopify, etc) and fulfilment networks has lessened the need for distribution and warehousing to take place in a store. E-commerce’s share of industrial real estate increased from 5% to 20% between 2013 and 2017; warehouse space is growing at double the rate of office space. Amazon fulfilled 2 billion orders on behalf of marketplace sellers in 2016. With delivery by drones and other autonomous vehicles still to hit the mainstream, innovation on distribution is hardly finished.

Online reviewing and free shipping/returns has lessened the need for product testing in a store—you know that the sneakers are good sneakers because 238 people reviewed them for an average rating of 4.7/5 stars; even if they turn out to be awful, you know you can send them back with zero cost and minimal inconvenience. 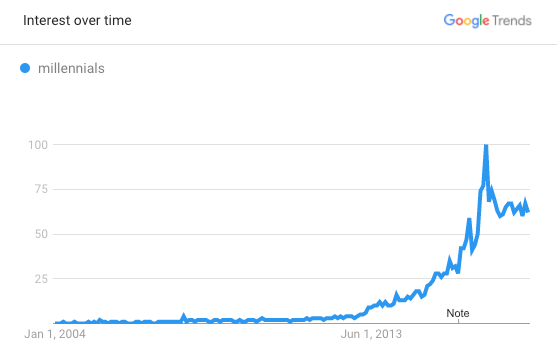 Consumer preferences have changed for a number of reasons. In large part this shift is a generational one, which means, yes, we have to talk about millennials (I’m an ancient borderline millennial at 33).

Millennials aren’t as materialistic as previous generations: an Eventbrite study conducted by Harris Poll in 2014 found that 78% of them would prefer to spend money on a desirable experience or event over a desirable object. Since self-report is an iffy foundation to rest that argument on—I regularly report preferring to spend money on gym visits to lavish desserts—the really eye-catching finding was that U.S. consumer expenditure on live events doubled between 1990 and 2010, when the first millennials turned 30.

It undoubtedly has something to do with social media, which has upended the conspicuous element of consumption. Why spend heaps of money on an expensive watch when you can spend that same heap on multiple photogenic meals and yoga classes that will do more for your Instagram follower and likes count? As my friend Deborah Weinswig puts it, “wellness is the new luxury.” You can only snap an item once, but a worthy lifestyle encapsulates hundreds of shareable moments.

Finally, the arrival of the sharing economy mean people who know how to navigate that space—read tech-savvy youth—don’t actually have to own as many things. When you can outsource your car with Uber and your closet with Rent the Runway, it’s possible to use more stuff while owning less stuff. These forces have combined to result in the experiential commerce boom we see today.

What Experiential Commerce Means for Business

Companies that will thrive in this environment understand that the appeal of a product or a brick-and-mortar spot has to go beyond functionality. The store has to be a place where consumers want to spend time, not just transact. This is not a new insight—Starbucks has spent years successfully charging customers 15-20x what they spend on a homemade coffee on the back of this idea. Starbucks CEO Howard Schultz once said that he wanted to make Starbucks the “third place” in people’s lives, after work and home. Hence the comfy chairs, free Wi-Fi, and effortful decor. Starbucks’ customers are fully aware of that price differential but continue to welcome this extortion because they like spending time there. And did I mention free Wi-Fi? Blue Bottle was also paying attention—add better coffee, subtract free Wi-Fi; and you have a 40-shop company Nestle is willing pay $500 million for.

The lesson is also seeping into the minds of companies that sell physical goods. Apple, which transformed retail with the Apple Store 17 years ago, now wants its locations to be more than just a place to interact with and purchase its products. At its most recent iPhone event, Apple SVP (and retail design demigod) Angela Ahrendts revealed a new retail concept called “Town Squares” that positions Apple locations as gathering places for local communities to attend concerts, workshops and more.

It’s not just giants like Samsung and Apple embracing experiences, however. Casper asks its potential customers to come take a nap in its showroom. Harry’s has set up a barbershop in Soho. b8ta functions as a gallery of tech gadgets that leans into letting you actually try them first. Glossier wants you to stroll by and check out their showroom, which an architectural correspondent described droolingly as “like something of a hybrid of a modern boudoir and a high-fashion funhouse.” One particularly quirky experience requires the customer to push a red button, upon which a gloved hand emerges through a hole and sprays Glossier You perfume on their wrist. 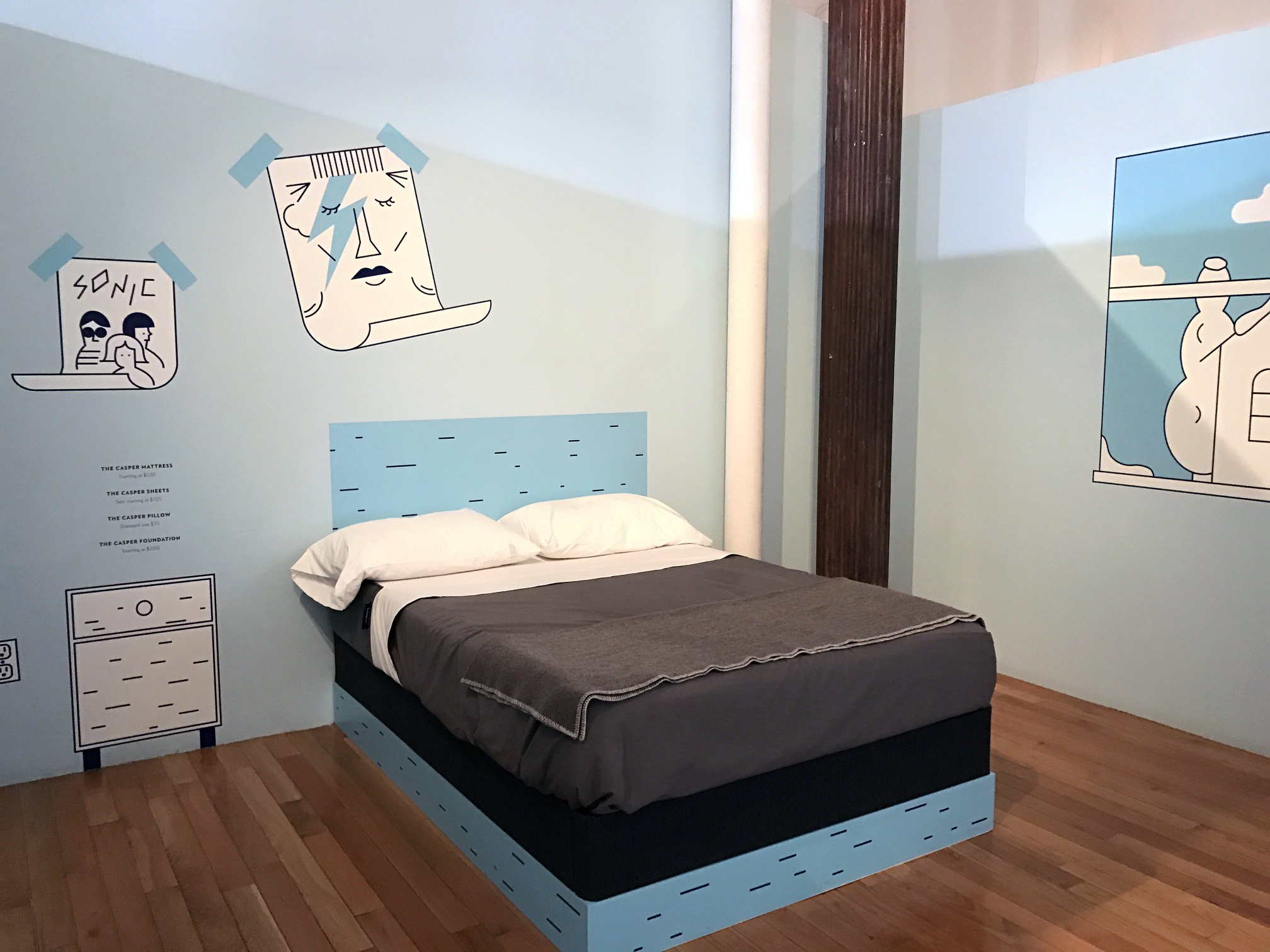 Unlike Starbucks, however, the goal is less direct than persuading someone to pay $5 for a cup of coffee. That’s a transaction, after all, which takes place in the same venue that the consumer spends time in. Instead, these new consumer brands want to use great brick-and-mortar experiences to court the consumer—come take a nap in my showroom, and when you need a new mattress two months down the line, you’ll choose Casper over Tuft & Needle. You probably won’t order in store, but you’ll go home and order it online…and that’s precisely the idea.

In such instances, brick and mortar becomes a kind of marketing or brand-building effort more than anything else. One way to think about it is as a very well-thought-out, multidimensional billboard.

Why Experiential Commerce Is Important

This consumer trend has consequences that go beyond Times Square and your mattress choices. Experiential commerce is speeding the decline of retail jobs and malls. It’s not hard for an optimist to find upside in less mall space in the U.S.—the country has 10x as much mall coverage per capita as Germany, and many would be happy to see that gap close if it meant more affordable housing or green space. On the other hand, while New Yorkers get to revel in Samsung 837’s digital opulence, would the company do something similar for Cleveland? If M&Ms can reach a million social-media citizens with a single smart Times Square billboard stunt, there’s no need to replicate it in Minneapolis.

If brands see brick and mortar as marketing expenses that drive affinity through foot traffic and exposure through social media, it might not make sense to set up shops in any but the most dense metropolises. That dynamic risks further driving economic vibrancy to the American coasts and urban centers.

Generally, though, experiential commerce’s moment is good news for the consumer. It has crossed over into goods commerce and imbued it with a services mentality, eliminating the pushy salesperson trying to get their commission. That change in attitude will lead to higher standards for CPG companies and more meaningful consumer-product interactions.

Given analysts’ fascination with the “retail apocalypse,” you’d think the capitalism doomsday clock had been set a few minutes from midnight. While it’s true that many retailers are dying at an accelerating rate, this trend doesn’t mark the end of retail so much as an inflection point in its nature. For retailers and brands that have spent decades perfecting the traditional brick-and-mortar experience, this shift isn’t welcomed with open arms. But embracing experiences is a surefire way to stay relevant—and in business—in today’s competitive retail environment.