Regular TechCrunch readers have probably noticed an uptick in Y Combinator-related profiles over the last few days, as founders rush to get press coverage before next week’s Demo Day. Today, the MIT Technology Review gave us the details of one of the most ambitious and science fictional-sounding ones yet.

The startup in question is Nectome, which promises to preserve people’s brains, for when and if scientists ever develop a method to upload your memories to a computer. (In fact, the Nectome website suggests that the company is hoping to develop this technology itself.)

There’s one big catch, as explained by co-founder Robert McIntyre to the Technology Review: The procedure is “100 percent fatal.” He added, “That is why we are uniquely situated among the Y Combinator companies.”

Now you might be thinking, sure, if they’re going to preserve my brain, then they’ll need to remove it from my body… after I’m dead, right?

Not quite. Instead, to ensure freshness, Nectome plans to connect terminally ill patients (under anesthesia) to a heart lung machine that will pump embalming chemicals into their arteries — and, as mentioned, it’s not a process that you survive.

“The user experience will be identical to physician-assisted suicide,” McIntyre said. “Product-market fit is people believing that it works.” 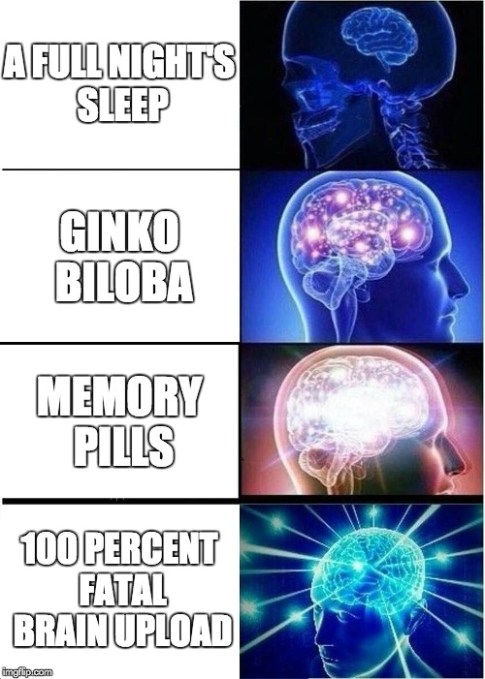 How far along are McIntyre and his co-founder Michael McCanna? Well, they’ve purchased and preserved the brain of a recently deceased woman. And McIntyre’s research in preserving pig brains has also won a prize from the Brain Preservation Foundation.

The foundation’s founder, neuroscientist Ken Hayworth, said that digitally recreating someone’s consciousness from a preserved brain may be possible in 100 years: “Speaking personally, if I were a facing a terminal illness I would likely choose euthanasia by [this method].”

However, Hayworth suggested that Nectome may have crossed a line by asking users to join a wait list.

By the way, the price to join the list is $10,000, with a refund promised if you change your mind. And yes, people have already signed up:

So far, 25 people have done so. One of them is Sam Altman, a 32-year-old investor who is one of the creators of the Y Combinator program. Altman tells MIT Technology Review he’s pretty sure minds will be digitized in his lifetime. “I assume my brain will be uploaded to the cloud,” he says.

Not everyone’s a fan of the idea, however. Critics include McGill University neuroscientist Michael Hendricks.

“Burdening future generations with our brain banks is just comically arrogant. Aren’t we leaving them with enough problems?” Hendricks told me this week after reviewing Nectome’s website. “I hope future people are appalled that in the 21st century, the richest and most comfortable people in history spent their money and resources trying to live forever on the backs of their descendants. I mean, it’s a joke, right? They are cartoon bad guys.”