“It feels like investing in Uber when it first launched.”

That’s what one investor said of the hot new Santa Monica, Calif.-based startup, Bird — an electric scooter company that’s now in the process of raising as much as $100 million on a $300 million valuation, according to several people with knowledge of the company’s plans.

Bird, which has become a phenomenon in the Los Angeles neighborhoods where it’s available, shares a lot with America’s most valuable ride-hailing and logistics company.

The company was founded by a former Uber (and Lyft) executive, Travis VanderZanden, who (like his namesake) is no stranger to controversy. Lyft sued him for allegedly breaking a confidentiality agreement when Uber hired him and the two sides later settled for undisclosed terms.

Like Uber, Bird has also rolled out its services with little regard for the regulations imposed by the neighborhoods in which it operates. When TechCrunch first reported on the company’s $15 million raise less than a month ago, we noted that the company had surreptitiously put 1,000 of its electric scooters on the streets — to the delight of the 50,000 people who have taken 250,000 rides on them, and disregarding many laws put in place by the city of Santa Monica.

As a Washington Post article notes, the Santa Monica Police Department has made 281 traffic stops and issued 97 tickets since the beginning of the year and late February — and the coastal, Los Angeles-adjacent city’s fire department has responded to 8 accidents involving Bird’s scooters — seeing injuries to both minors and adults.

Under California law, riders of motorized scooters must be at least 16 years old, licensed drivers, wearing a helmet and not riding the scooters on sidewalks — all things that Bird has no control over.

The company is now in talks with Santa Monica’s director of transportation and mobility over how it can work to incorporate into the city’s regulatory framework — all while being taken to court by the city for ignoring the existing regulations that it argues should already govern its ability to operate.

Then there’s the nuisance factor for businesses — Bird picks up its scooters by 8PM to get them off the streets and only offers them in front of storefronts that have agreed to host the scooters. And as for injuries — Bird will pay out if its scooter breaks, but not if a rider is putting the scooter through its paces for a bid at a new extreme sport.

As VanderZanden told us: “Every mode of transportation is dangerous… but you can’t protect against people not obeying traffic laws.”

The problem with the city’s argument for regulating Bird is that it’s claiming that Bird should be governed by current ordinances that cover… food trucks. It’s the benefit (for Bird) of operating in a legally grey area with a service that lawmakers could never have predicted when writing regulations — something, again, that VanderZanden is familiar with from his days in the wild world of ride-sharing.

What’s also familiar is the phenomenon that taking a Bird (flipping a Bird?) has become. It’s a legitimate phenomenon in Los Angeles — with investors and customers alike excited about the potential of a low-cost, last-mile solution providing fast rides for an initial cost of $1 and 15 cents per minute traveled.

One executive from Sidewalk Labs visiting Los Angeles from New York couldn’t stop talking about the transformative potential of last-mile mobility solutions like Bird when I spoke to them weeks ago (Sidewalk Labs has not been mentioned as an investor in the latest financing for the company).

It’s easy to see the appeal that a service like Bird could hold for students at colleges and universities (which is basically the Westwood neighborhood adjacent to Santa Monica that houses the University of California Los Angeles campus).

Some schools are the size of small cities (I grew up near LSU in Baton Rouge and it. is. huge.) and giving students an easy way to zip around from one side of campus to another is definitely a big idea (it’s also why universities are considered good testing grounds for autonomous vehicles).

Bird’s big new round would likely tackle that growth strategy as it rolls out. The company needs to start pushing into new markets because (with its low barrier to entry) competitors are starting to pile in with services of their own. 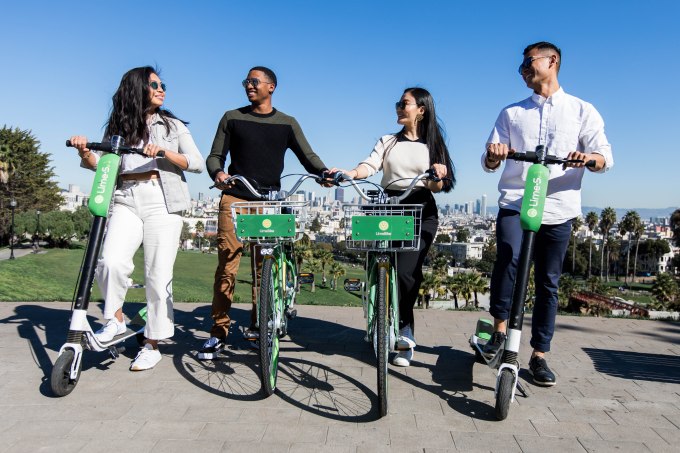 Last month the bike sharing companies Spin and LimeBike both announced that they were working on similar plans for dockless electric scooters.

“People are taking notice of how quickly Bird is growing and they want to pivot in and clone us,” VanderZanden told us last month. While he acknowledged that the business could be considered a nuisance, it’s less toxic than gas guzzling cars and trucks throwing off greenhouse gas emissions, he said.

“Preventing car ownership is the goal of all these companies,” he said at the time. “I think if all of us are successful, that’s fine.”

Before VanderZanden joined Lyft through the acquisition of his first startup, Cherry, he was vice president of revenue at Yammer. Sacks actually wrote a $500,000 check to VanderZanden as he was getting Cherry off the ground (it was Sacks’ biggest check to a single company as an angel investor).

We have reached out to Bird for comment and will update when we hear back.