As work in the digital domain becomes increasingly portable, a slew of (mostly young) professionals have taken to the skies and seas to travel the globe while clocking in and collecting their directly deposited paychecks.

These digital nomads now roaming the world may look like they’ve got it made — mid-century modern decorated workspaces dotting the world’s most desirable locales; gourmet coffee, avocado toasts (and even Brooklyn barbecue) abound in every corner; artisanal whiskies and craft beer to tipple on… but behind all this rockin revelry lies a dark secret… It’s time-consuming and relatively expensive for these comparatively highly paid worldly wanderers to get health insurance.

So SafetyWing has pecked its way out from the shell of Y Combinator’s winter accelerator with a service designed to keep every young nomad safe from harm — or at least insured should they find themselves needing urgent care.

“We built it for ourselves and also because a bunch of freelancers on the platform had the problem of not having good priced and cheap health insurance,” says SafetyWing co-founder Sondre Rasch.

The thirty one year-old Rasch and his co-founders, 30 year-old Sarah Beyahte Sandnes and 29 year-old Hans Kjellby are all nomads themselves, having moved from Norway to seek their technologically enabled fortunes in the wilds of Silicon Valley. 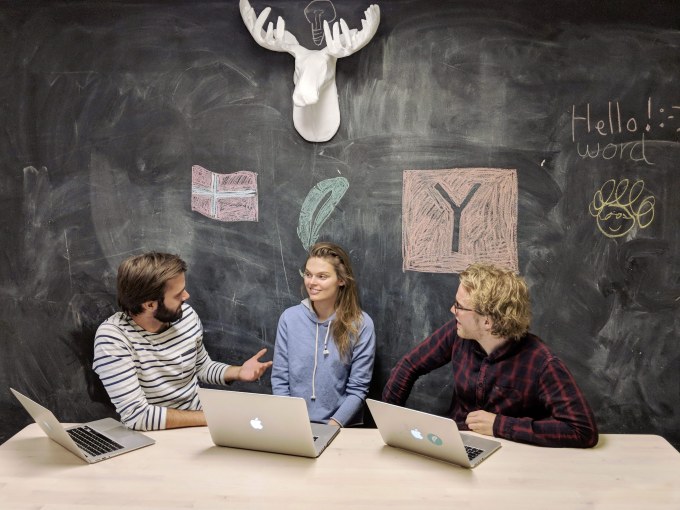 Partnering with the worldwide insurance provider Tokio Marine, SafetyWing offers worldwide urgent care coverage for $37 a month. The service is available to travelers beyond U.S. shores. For those sojourning inside the U.S. there’s an additional $30 add-on fee, because we can’t have nice things here.

The insurance covers hospital visits and prescriptions, but won’t cover the cost of any preventative treatments and won’t cover pre-existing conditions like cancer.

For U.S. residents who think they can get use this to qualify for the mandatory coverage required by the Affordable Care Act, think again. The company’s founders are quick to note that this does not qualify for available coverage under the affordable care act. But, for anyone not holding a U.S. passport, this is a cheap way to get basic coverage.

Indeed, while Rasch, Sandnes and Kjellby were thinking of all of the Bali-bound programmers that could use this insurance for their beachfront bops, there’s another population that could avail themselves of this low-cost insurance plan — immigrants who may not want to register for other kinds of healthcare plans in the U.S. for fear of running afoul of the gestapo-like goon squads running around under the banner of Immigration and Customs Enforcement officers.

The founders agree. “Let’s say that person was from Mexico… and was working on a farm in the U.S., for them it would certainly be a low cost option,” said Rasch. “The only qualification for coverage is that you have another home country.”

And the number of international workers who are laboring under obsolete health insurance plans is rising as increasing numbers of young professionals move abroad in search of jobs.

According to Rasch, the SafetyWing plan clocks in at one-third of the cost of existing health insurance plans for foreign workers. The company says there’s roughly 25 million people that count among the company’s target market (which does not include laborers in jobs that could benefit from low-cost coverage without the hassle of public assistance).

Y Combinator wasn’t the only investment group to see some value in the services SafetyWing is pitching. The company has raised under a bit under $500,000 from investors including NordicVest Angels, the Norwegian Investment Authority and undisclosed individual investors.

“What we want to do long term [is] we want to add more products until we have a global safety net on the internet,” says Rasch.

While the company has started with health insurance, if the company can, it’d like to expand into income protection and potentially home country insurance.

For migrating nomadic birds looking for an opportunity to nest, the SafetyWing founders hope their name… and their service… resonates. “We found it to be a good name to represent our service — designed around freedom and safety,” says Rasch.