Zagster, the bike-share company behind the Pace brand, has raised a $15 million round led by Edison Capital Partners. The startup has also unveiled its new bike parking system for both shared and personal bikes.

“Bikes have always locked to things,” Zagster CEO Tim Ericson said in a press release. “Cities have been willing to experiment with dockless bikes that don’t lock to anything because they lack sufficient bike parking and, until Pace, lacked a partner willing to install this infrastructure at no cost.”

Zagster’s Pace is one of the newer entrants to the bike-share space, which consists of a number of startups and larger companies battling for contracts with cities all over the world.

This year has been full of bike-share news, between JUMP scoring an exclusive contract to operate its stationless bike-share service in San Francisco to both LimeBike and Spin unveiling their own take on e-bikes. Oh, and LimeBike closed a $70 million round last week. 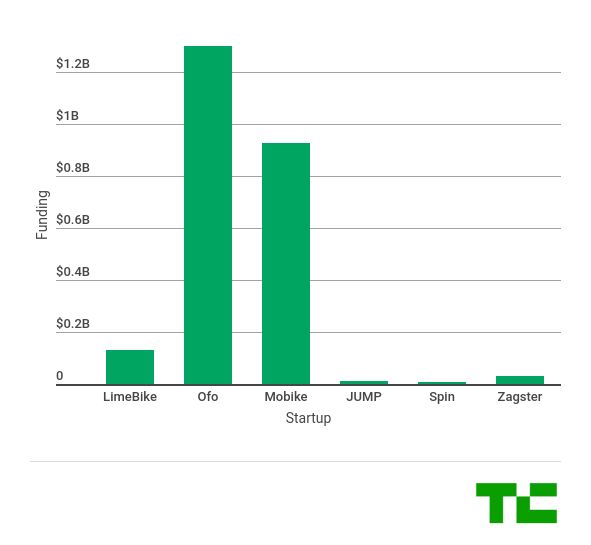 Pace, which launched just a few months ago in December, currently operates in Tallahassee, Florida and Knoxville, Tennessee. With the funding, Zagster plans to launch Pace in additional cities this year.

Zagster also operates a bike-share solution for municipalities looking to offer their own city-specific services. Zagster, which launched in 2007, operates more than 200 bike-shares across 35 states in the U.S.