Now you can customize your Snapchat Bitmoji avatar with 40 skin tones, 50 hair colors, 50 hair treatment options and more so it looks just like you no matter what you look like. Today Snapchat launches Bitmoji Deluxe, a more configurable version of its cartoony avatars that embraces the growing diversity of its users.

The feature offers an easier front-end builder that instantly previews changes on your Bitmoji, with the option to take a selfie to guide your personalization…though there’s still no automatic facial recognition to do it for you. The update also makes Bitmoji more flexible on the backend so Snapchat can add new variation options more frequently. That could pave the way for brand-sponsored Bitmoji clothing, accessories, make-up and more, though Snap tells me it has nothing to share about the Bitmoji sponsorship idea for now. 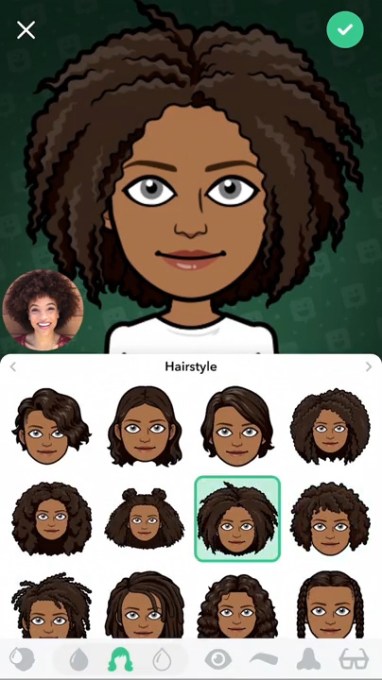 Bitmoji Deluxe offers 1.999 septillion different combinations of options as there are now 40 skin tones instead of 25, 50 hair colors instead of 25. The hair treatments are all new, allowing you to add pink tips or a color gradient to your avatar’s do. There are also far more hairstyles with different asymmetrical swoops, braids, and levels of curl. As the update rolls out today, users will be able to find Bitmoji Deluxe by going to their Bitmoji app’s settings, or hitting the Edit Bitmoji button in Snapchat.

As I detailed in my piece, “Facebook seriously needs its own Bitmoji”, the mobile avatar system is one of Snapchat’s greatest differentiators. Snap acquired Bitmoji for a mere $64.2 million in early 2016, and since integrating the feature into Snapchat so you could use your avatar as stickers or emoji, the standalone Bitmoji app has lived in the top 10 charts sometimes rising to #1.

I would be deeply suprised if Facebook wasn’t building a version of Bitmoji that expands its 3D VR avatars from Oculus and Facebook Spaces into the 2D mobile world. Meanwhile, startups like Genies are taking a more photorealistic approach to offering personalizable avatars, and putting your Bitmoji in daily news-related scenes you can share. 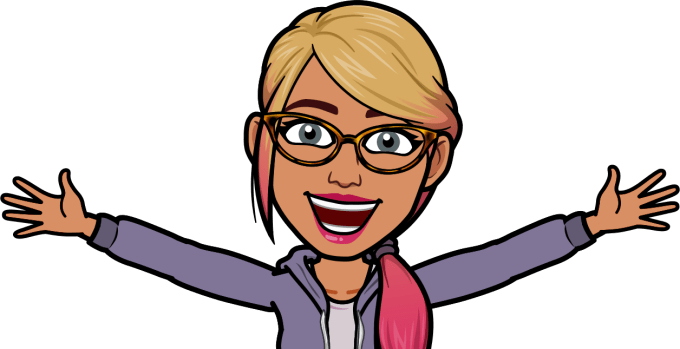 That’s why it’s smart for Snapchat to try to expand its lead in the space as much as it can while it has the chance. If its Stories, ephemeral messages, and original programming have all been copied by Facebook, it should squeeze as much growth and loyalty out of BItmoji before the avatars get cloned too.
For more, read our feature piece on the brewing battle for personalized avatars