Earlier this month, I wrote that crypto companies are going to become investors in 2018. I didn’t quite imagine that happening as quickly as mid-January, but here we are. Ripple, the fintech startup behind the controversial XRP token, has its first investment after it backed U.S.-based storage startup Omni through a $25 million round.

Omni was founded in 2015 as a storage option for those with limited space at home — ideal for the Bay Area where it is based — and this year it began to allow people to rent their stored items out to others.

That isn’t exactly an obviously match for Ripple — which helps banks use the blockchain via software services — but that hasn’t stopped the company from striking a undisclosed “business deal” with Omni. Ripple didn’t invest directly in this round, to be clear — instead executives Stefan Thomas (CTO) and Chris Larsen (executive chairman and co-founder) took part alongside existing Omni investor Highland Capital Partners. Thomas and Larsen invested via an undisclosed amount of XRP for the round, which Omni said closed in December.

The funds will go towards a second city expansion in the second half of this year and hiring. “This funding is another step we’re taking to make our vision a global reality,” CEO Thomas McLeod said.

Omni had raised $14.75 million in traditional investment to date. It isn’t exactly clear why the startup has gone down the crypto route at this stage but you’d imagine that the Ripple deal is strategic in nature.

Unfortunately, imagine is all we can do since neither company is being forthcoming with details.

Omni said it is “not disclosing at this time” the exact details of its alliance with Ripple.

A spokesperson declined to comment when TechCrunch asked whether Omni plans to hold an ICO. (XRP is a token that could be swapped for an ICO coin.)

The spokesperson also declined to comment when asked if Omni has plans to use XRP within its service.

“Omni is creating a way to move physical goods frictionlessly from one person to another. In many ways, it’s similar to what we’re doing at Ripple for global money transfers, where we want money to move as fast – and frictionlessly – as information,” Thomas, the Ripple CTO, said in a prepared statement.

“This is a first-of-its-kind deal which alters the traditional funding landscape, and we’re excited to be a part of it,” added Highland Capital Partners’ Manish Patel. 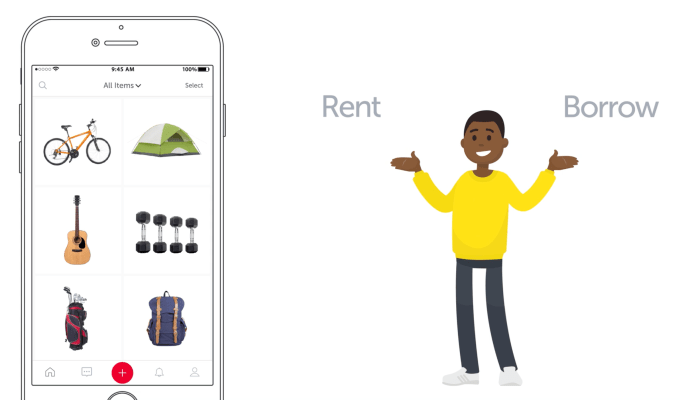 Ripple announced an incentives program last October which pledged to disburse $300 million in XRP to financial institutions that use the token. The value of XRP has increased over five-fold since then, giving Ripple an even more powerful war chest. It doesn’t have a specific program for developers or startups yet, Ripple’s global head of infrastructure innovation told TechCrunch in a recent interview.

A system may not be in place but this deal shows that Ripple is actively sizing up potential partners outside of the financial world.

The move to invest crypto in startups makes plenty of sense when you consider that companies which have raised large ICOs are typically flushed with (digital) cash and keen to develop ecosystems around their technology. Putting money to work through investment in startups with synergies is already standard for companies like Slack, Google and Amazon, so why not apply it to the crypto world, too.

A more valid question, perhaps, is why Ripple is making friends outside of the core banking audience that it draws its revenue from?

Today’s announcement comes the week after Ripple announced a tie-in with cross-border payment service MoneyGram. MoneyGram, which was subject to a failed acquisition by Alibaba’s Ant Financial unit, said it has agreed to pilot XRP within its payment flows using Ripple’s xRapid product.

Ripple has attracted criticism for misleading partnerships with financial organizations, which has seen XRP’s valuation soar. It reached a record-high of $3.65 per coin earlier this month which briefly made it the world’s two largest cryptocurrency based on total coin market cap. That price represented a huge surge from $0.006687 one year prior.

A recent New York Times article published explained that more than 100 banks use Ripple’s software, but MoneyGram and Mexican money transfer business Cuallix are its sole XRP customers. Financial industry sources cited by the Times expressed skepticism that any banks would adopt XRP.