I know, right? Christmas just ended and the New Year hasn’t even dawned — but we’re already ramping up for CES mode, and we’re taking you down with us.

The biggest tech show of the year is set to officially kick off January 9 — which actually means the big announcements will start in earnest several days before.

The fact that the show falls so ridiculously close to New Year’s is no coincidence (and, actually, this one is slightly later than 2017’s event). Now that everyone’s made their big consumer electronic gift purchases, it’s time for the industry to trot out the next generation of devices. And for many companies, CES really does set the tone for the entire year’s product cycle.

That said, some of the show’s impact has dulled in recent years. Product cycles have shifted and many big companies like Samsung tend to hold their really big announcements at their own events. Meanwhile, other big tech shows have increasingly drawn attention away from CES, including, most notably, MWC, the big mobile show that kicks off around a month and half later.

With so much of the industry (and, for that matter, the world) in a seemingly transitional state, 2018 seems to be shaping up to be a bit of slow year for the show. Many of the of big trends for the event were dominant forces in past years. Connected homes will likely dominate the show yet again, led by the explosive popularity of Alexa and Google Assistant. Some past themes will likely see a shift, meanwhile, as past years’ fascination with VR shifts to a more AR focus.

So here’s what we know — or think we know — about the upcoming show’s biggest news, pulled from exhibitor lists, the rumor mill and an examination of larger industry trends. 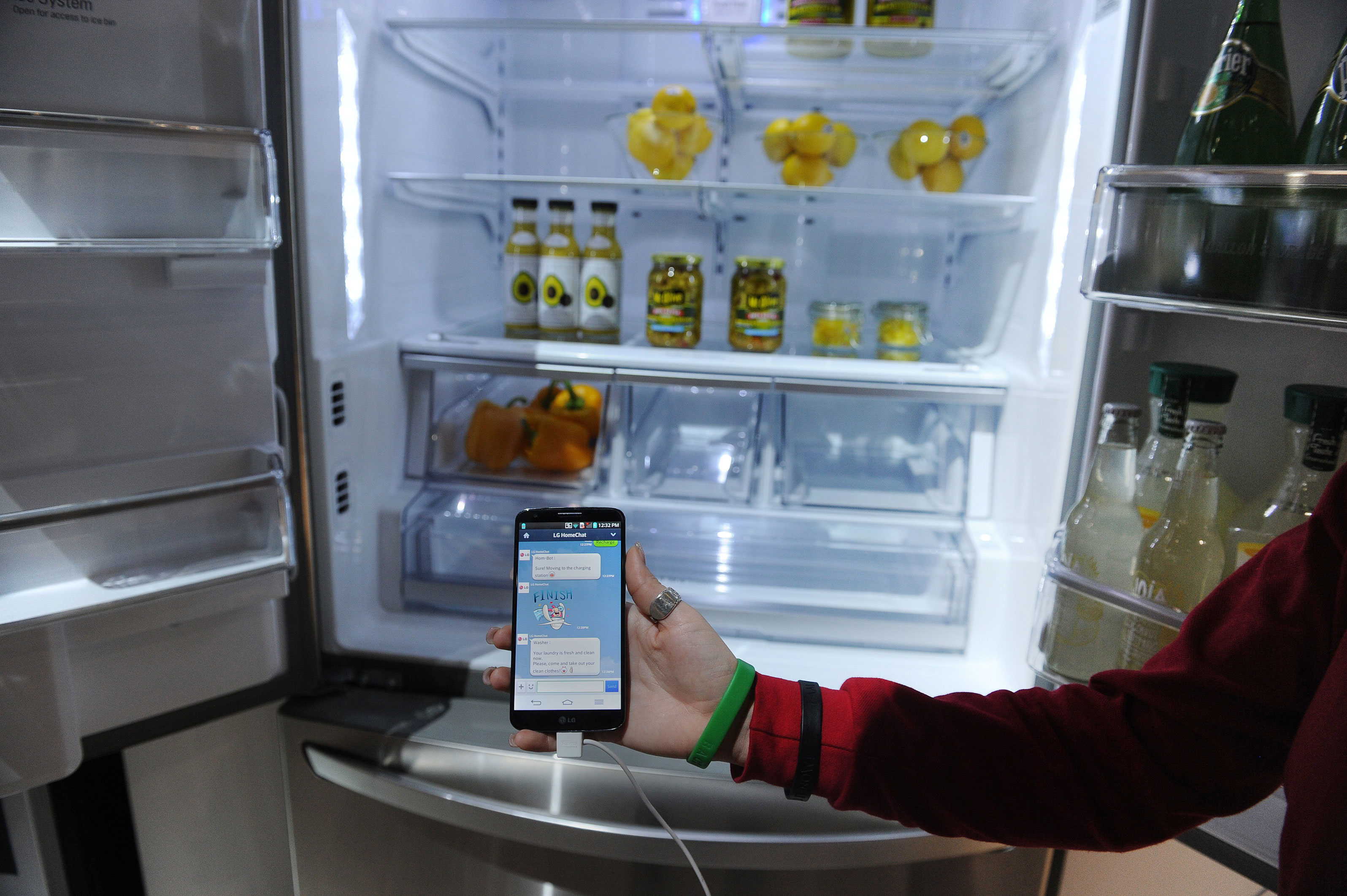 An LG representative shows a smartphone with Home Chat in front of an LG smart refrigerator on the final day of the 2014 International CES, January 10, 2014 in Las Vegas, Nevada. The LG Smart Home system with the Home Chat smart platform allows users to communicate with home appliances via text message. Photo: ROBYN BECK/AFP/Getty Images

This is the biggest no-brainer of the show. The smart home dominated last year’s event, and it’s showing no sign of slowing. In fact, connected hubs like the Amazon Echo and Google home have made home automation an even larger focus. This, in turn, means you can expect more smart home devices from the usual players — names like August, Canary, Ring and Kwikset are all on the list of exhibitors.

You also can expect to see showings from longstanding home product manufacturers embrace these technologies as a way to bring themselves up to speed with 21st century technologies. Last year also saw a big explosion in HomeKit-compatible devices. After all, while Apple’s never really been a direct player in CES, its smart home solution is a good way to keep Siri and iOS relevant at the show. That’s doubly important, given the recent delay of HomePod, the company’s first Siri-focused piece of hardware.

Smart home offerings will no doubt run the gamut from locks to thermostats to vacuums. And keep in mind, CES has always been a big show for appliances from companies like LG and Samsung. Last year’s show saw a refrigerator sporting Bixby — it hasn’t exactly been a gangbuster year for Samsung’s smart assistant, but don’t be too surprised if it starts popping up on washing machines, vacuums and the like. 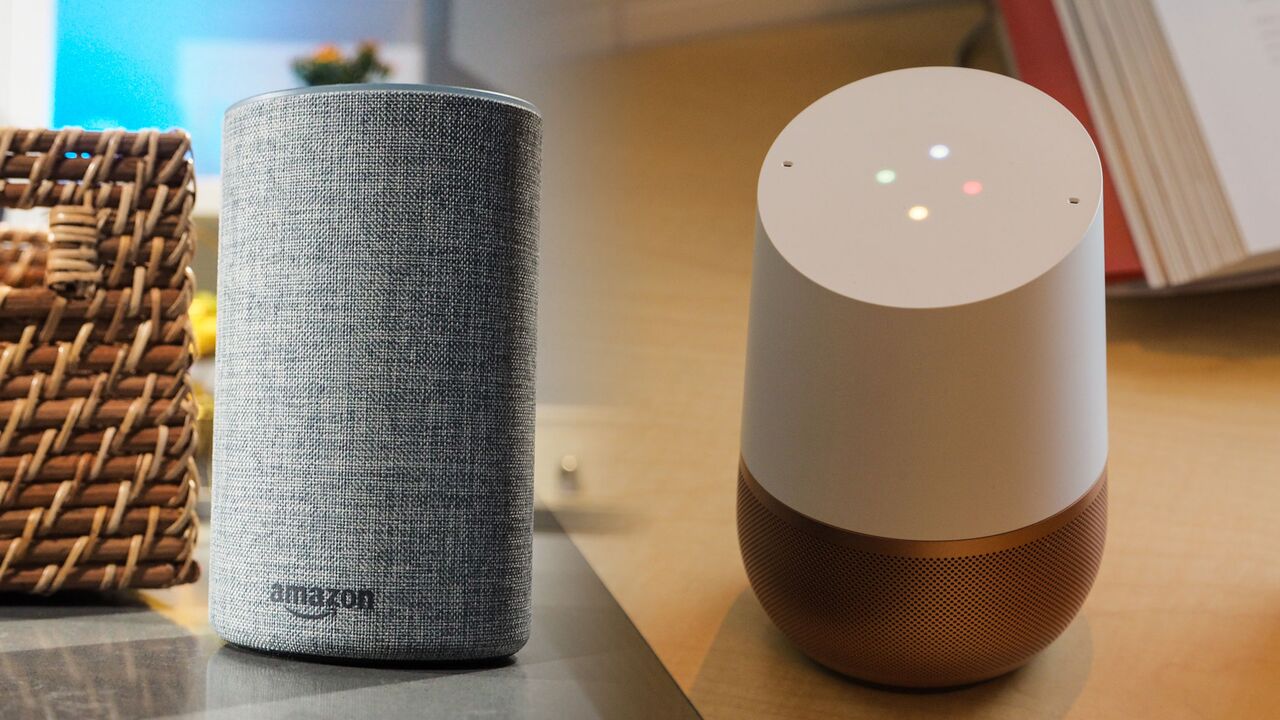 2017 was the year that Amazon and Google really truly opened their respective assistants up to third-parties. Though that really happened toward the middle of the year, around IFA, as companies like Sony and JBL began releasing their own versions of Echo and Home, often with far better sound quality than what either Amazon or Google were offering at the time. This CES is bound to see a veritable deluge of smart speakers from third parties, offering up features like portability that users don’t really get with first-party hardware. And heck, we might even see another Cortana speaker in the mix. Maybe.

LG already jumped the gun on the show by announcing a new Google Assistant-enabled speaker in amongst a deluge of different audio offerings. Assistants will also no doubt start creeping directly onto other pieces of third-party hardware — Garmin recently announced the Speak car plug-in. CES 2018 will be the year that Google and Amazon attempt to assert how pliable and adaptable their assistants really are.

Google, in particular, is reportedly planning quite a presence at this year’s show — which is pretty uncharacteristic for the company. At best, it’s usually there through partner products, including Android phones and Chromebooks. This time, however, the company has reserved a couple of spaces in and around the Las Vegas Convention Center, and all signs point to Assistant taking center stage. That said, don’t be surprised if Daydream VR is also along for the ride. 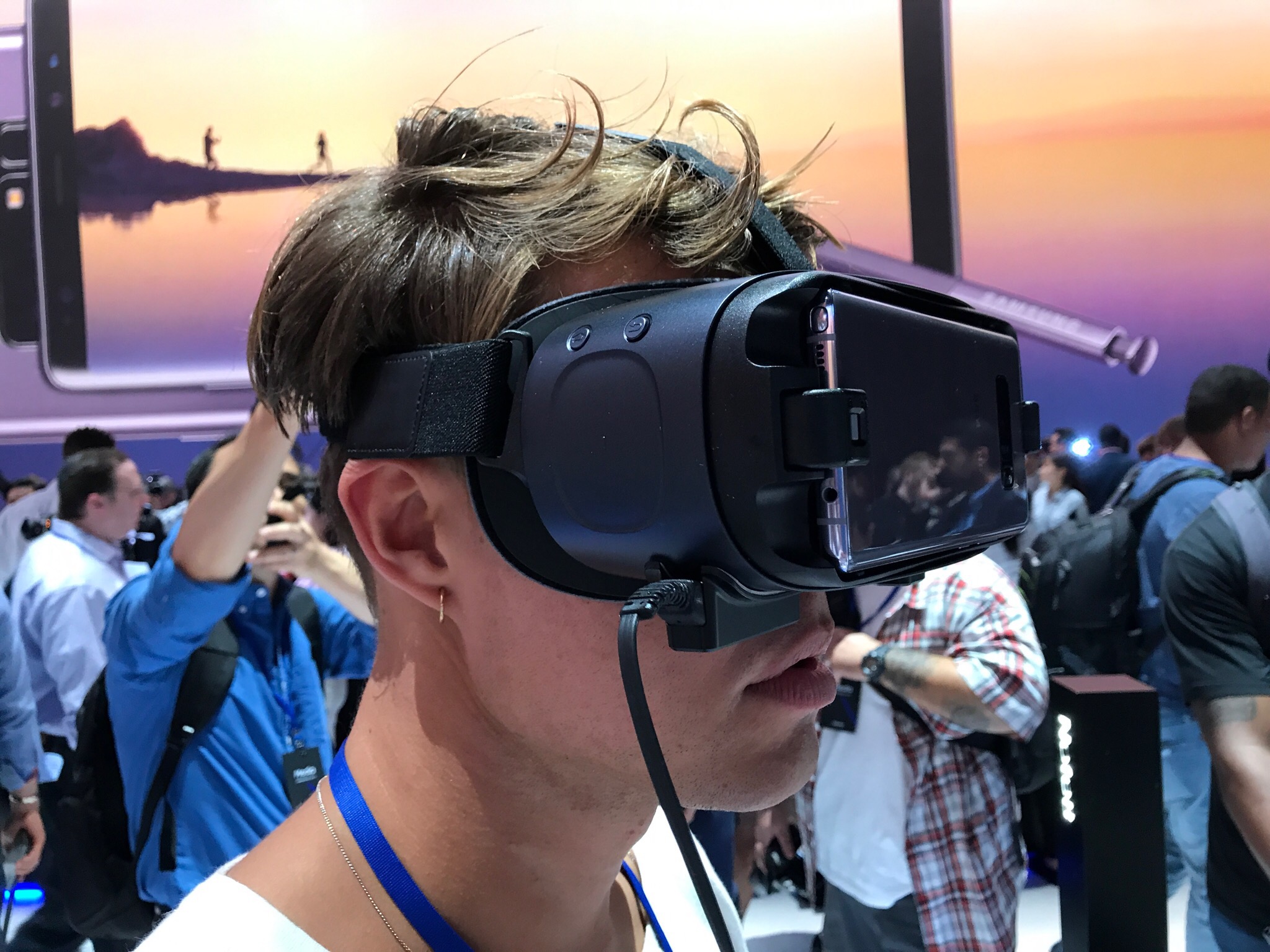 Virtual reality has been a tent-pole CES attraction in recent years, and that’s likely to continue to be the case — though the past year has seen the industry shift its focus somewhat over the past year toward AR/MR. That move is almost certainly going to play out on consumer electronics’ biggest stage.

As with smart speakers, this will be a chance for third-parties to shine on existing platforms. And all signs point to a renewed focus on standalone and/or wireless headsets.

Qualcomm will almost certainly be making a big push on this front through various partners. The chipmaker has been showing off its Snapdragon 835 dev kit and has already brought some high-profile partners on board for standalone VR headsets, including, most notably, Oculus’s Go, which made its debut back in October.

Google’s Daydream will likely have a big moment at the show. Lenovo just had a headset pass through FCC approval, which means it could well appear onstage at CES. The rumored “Mirage” name is almost too perfect for a Las Vegas debut.

Augmented reality, meanwhile, is getting quite the platform this time out. It will be the focus of multiple panels and will be getting its own “Marketplace” in one of the Convention Center halls — one sure sign that a technology has made it in the eyes of the CEA. That one’s still a bit small this year, though it does feature some key players, including Sony, Zeiss and Kodak. 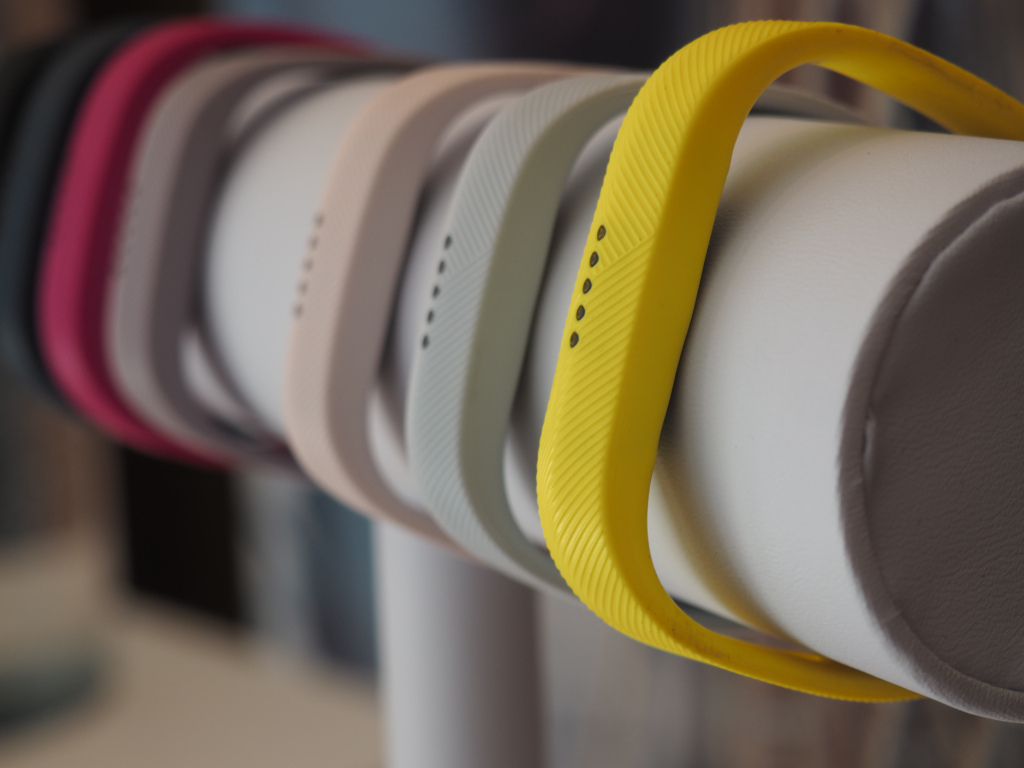 Another perennial CES favorite in recent years, the wearable market was pretty tumultuous in 2017. It was up, it was down, sometimes people seemed to trend toward the low end of devices, sometimes everything appeared to be coming up smartwatch. CES 2018 is likely to be another year of throwing stuff against the wall to see what sticks.

Big players in the space like Fitbit are going to be present at the show, but as with many mobile companies, they tend to prefer using their own event to launch product. Besides, the company just announced the Ionic smartwatch a few months back, so it’s likely to be pretty quiet for the show.

As with the connected home space, CES is a great showcase for non-tech companies to dip their toes in the water. Past years have seen smart shoes and t-shirts, and we’re likely to see more of the same on that front. If there’s an article of clothing that can house a sensor, you’ll be seeing some version of it at this year’s CES.

Past years have also been a showcase for Android Wear devices from companies like Motorola and LG, but all signs point to Google’s wearable operating system being virtually dead in the water, and CES 2018 doesn’t appear to be doing much to change that. 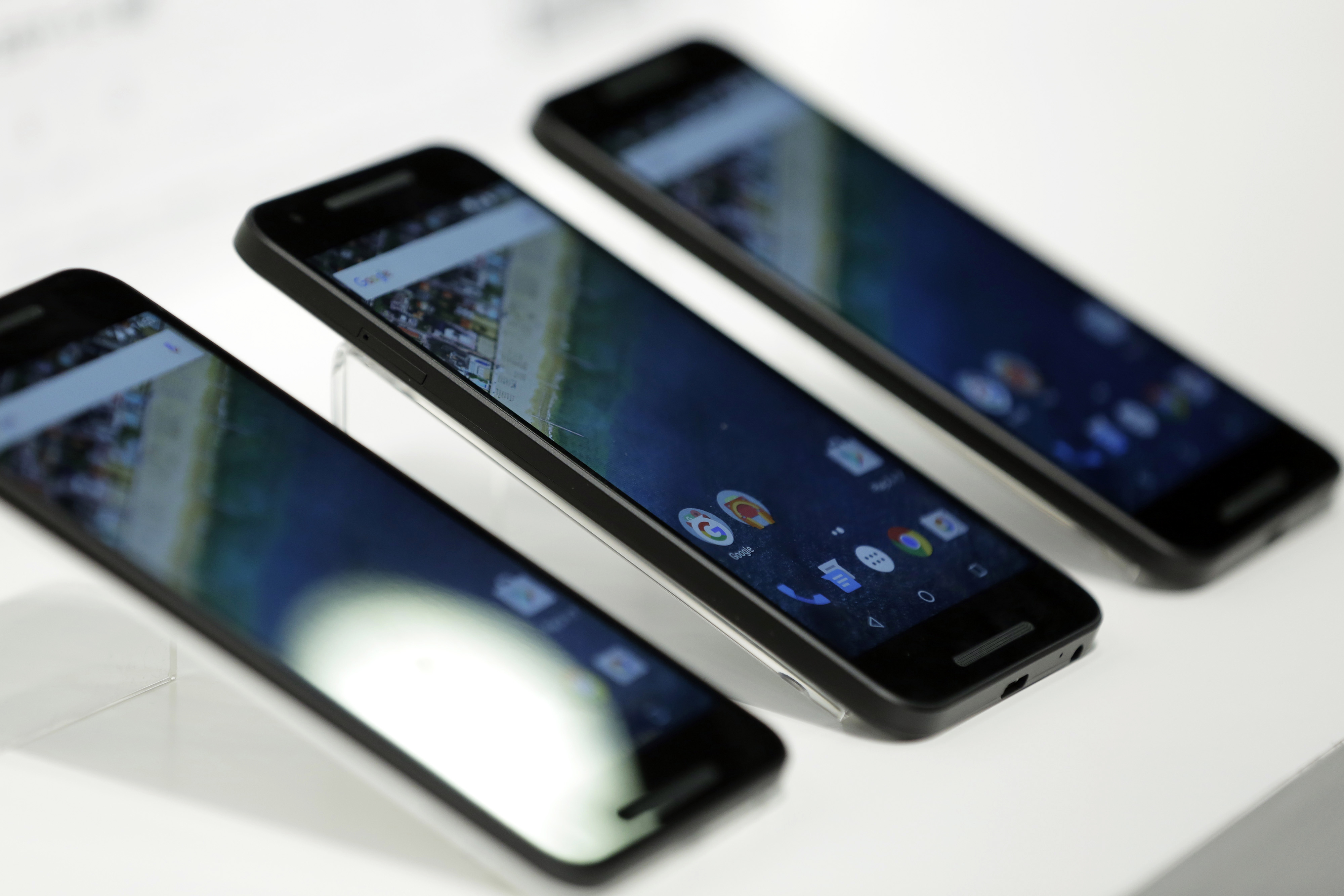 CES just isn’t a big show for phones — especially with Mobile World Congress hot on its heels. Practically all of the major players will be present (Apple, of course, being a notable exception), but this isn’t really a big show for flagships. That said, we may see the first devices sporting Qualcomm’s newly announced Snapdragon 845.

Sony is one of the companies that loves using CES as a springboard for new phones. Past years have seen a number of new Xperia devices, and indeed, one rocking the 845 has been rumored for the show. As for actual U.S. availability on those phones, well, that’s never really been Sony’s strong suit.

Huawei, on the other hand, is said to be bringing some already announced smartphones to the States and CES, including the popular Mate 10 and MediaPad M5, because yes, tablets are still a thing.

The biggest story on the mobile front, however, is going to be 5G everywhere. This week, the CEA added a 5G keynote to its schedule, featuring reps from Verizon, Qualcomm and Baidu. Expect that buzzword to be everywhere, as big players like Intel and Samsung push it as the connective tissue between all of the show’s big announcements, from drones to self-driving cars to smart appliances.