It’s refreshing, in this difficult time, when technology and the tech industry seem trapped in a quicksand of endless ethical compromises and disconcerting emergent properties, to come across something tech-related of which one can say, awed, without complications or caveats: holy shit this is amazing. Which happened to me today! Let me share it with you.

The Flying Eye Hospital, currently parked on Moffett Field in Mountain View, is a mobile ophthalmological hospital, technological marvel, and surely one of the most extraordinary vehicles on the planet. It is a converted MD-10 wide-body airliner that flies all around the world — it just got back from Bangladesh — performing eye surgeries on needy patients in developing nations while also helping to train their doctors, nurses, and medical technicians. 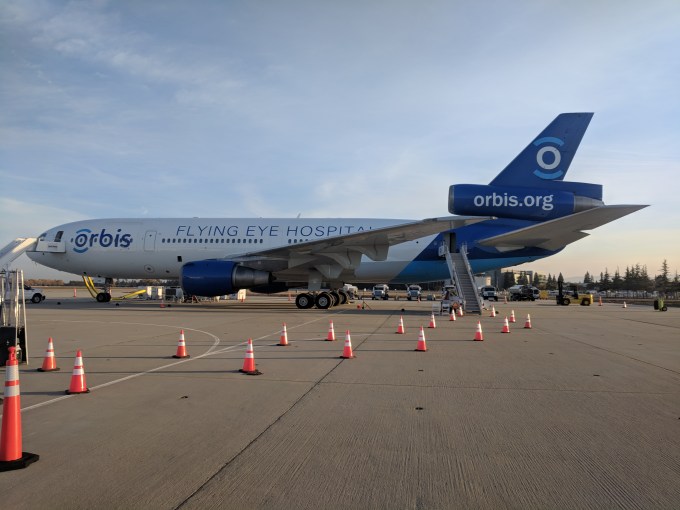 Since this is TechCrunch let’s talk about its technology before we dig deeper into its mission. One of the most technically amazing things about the Flying Eye is that it is an entirely self-contained hospital: its systems, which run purely on jet-fuel-powered generators, include its own medical gases, its own clean room, its own water purifiers, its surgical equipment, etc., including extremely sensitive equipment (again, this is eye surgery we’re talking about) which has to be stowed such that can survive serious turbulence or bumpy landings on difficult runways without requiring major maintenance. 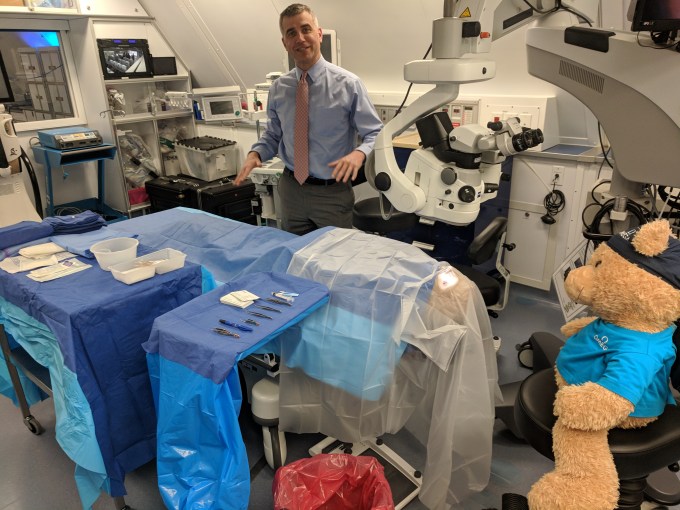 And remember, this is a teaching hospital. Its onboard classroom features not just video screens but Zeiss VR headsets so that students can watch narrated recordings of surgical procedures. There’s a project in progress to stream them live in VR; currently they’re all streamed in high-quality video, live to classrooms around the world, and archived at their telemedicine service Cybersight for future reference. (Warning: the library there is fascinating but not for the ocularly squeamish.)

Beyond the classroom is a training room where students can use virtual-reality workstations (crafted by VRMagic) to test their ophthalmological surgical skills, practice procedures without risking scarring real retinas, test lasers on model eyes before they try them on real eyes, and so forth. Yes, that’s right, an actually live, working, in-production, and important use of virtual reality. Who’d’a thunk it? 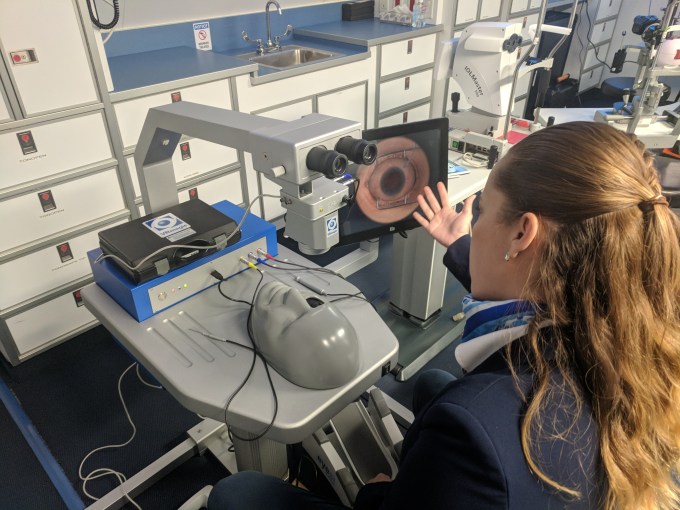 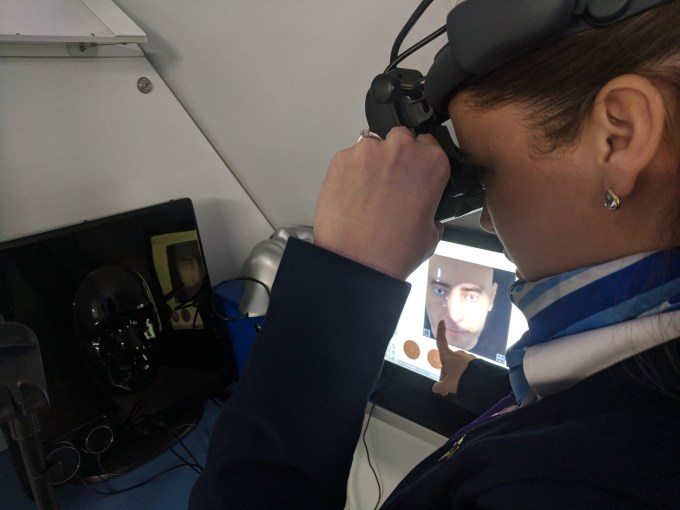 They also have an extraordinary onboard A/V system — every screen is a touchscreen, every image or video feed can be beamed to any screen on the plane, and the surgeries are recorded in 2D for livestreaming (usually via 4G wireless, with live questions from the faraway audience) and 3D for future study.

The Flying Eye is a largely volunteer organization (and part/most of the charity Orbis International.) They have 400 volunteer faculty, including many of the best of the ophthalmological world, many of whom come back every year to work on the Flying Eye for a week or two unpaid. The pilots are also volunteers. And the hospital is so unusual and spectacular that it has become a vehicle for policy, not surgery; kings and presidents and prime ministers regularly visit it. (Including the president of Syria, who is, ironically, himself an ophthalmologist.) 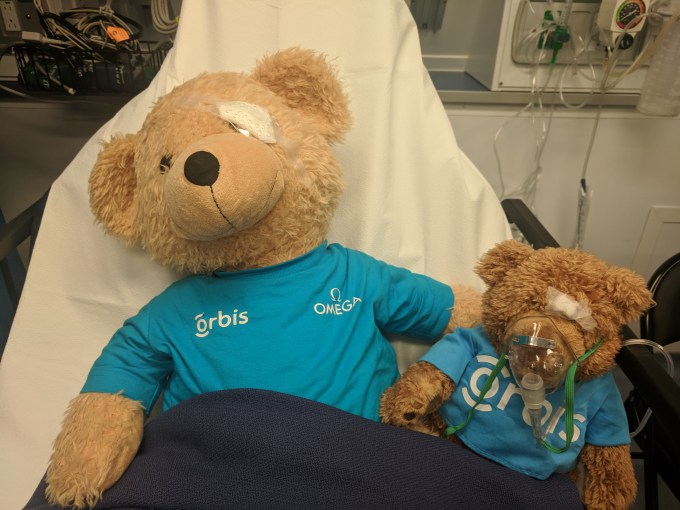 They’re presently parked at Moffett Field no doubt in the hopes of raising donations from the tech industry. But their proximity to Apple, Facebook, and Google also served to highlight something else for me: how often the tech industry talks about “making the world a better place,” but then implicitly decides that actually doing so is, uh, somebody else’s job. We’re often too busy chasing the new new thing to bother trying to integrate and make the best possible use of the old new thing. Seeing that actually done, here, was disconcertingly … well … eye-opening.