Meal kits have been in the mainstream as of late thanks to Blue Apron going public and HelloFresh’s IPO pricing.

I’ve tried both Blue Apron and HelloFresh before, but I don’t like being locked into some subscription, so I decided to go with Chef’d this time around.

Chef’d, which raised $35.2 million in August from strategic investors like pork producer Smithfield Foods and online grocer Fresh Direct, is different in that you don’t need to subscribe to anything, ever. There is, however, an option to set up a recurring meal kit plan. Chef’d also partners with The New York Times as the exclusive meal kit for the publication’s cooking section, Coca-Cola, WeightWatchers and other brands.

For my first go with Chef’d, I ordered three meals kits with two servings each: pork and udon noodles, gnocchi and salmon. The total cost came out to $88, including shipping.

First up was the roasted glazed salmon, which Chef’d told me to expect to spend 30 minutes prepping and cooking. That estimate ended up being true, taking me about 29 minutes from the second I started pre-heating the broiler to the moment I put the salmon on my plate. 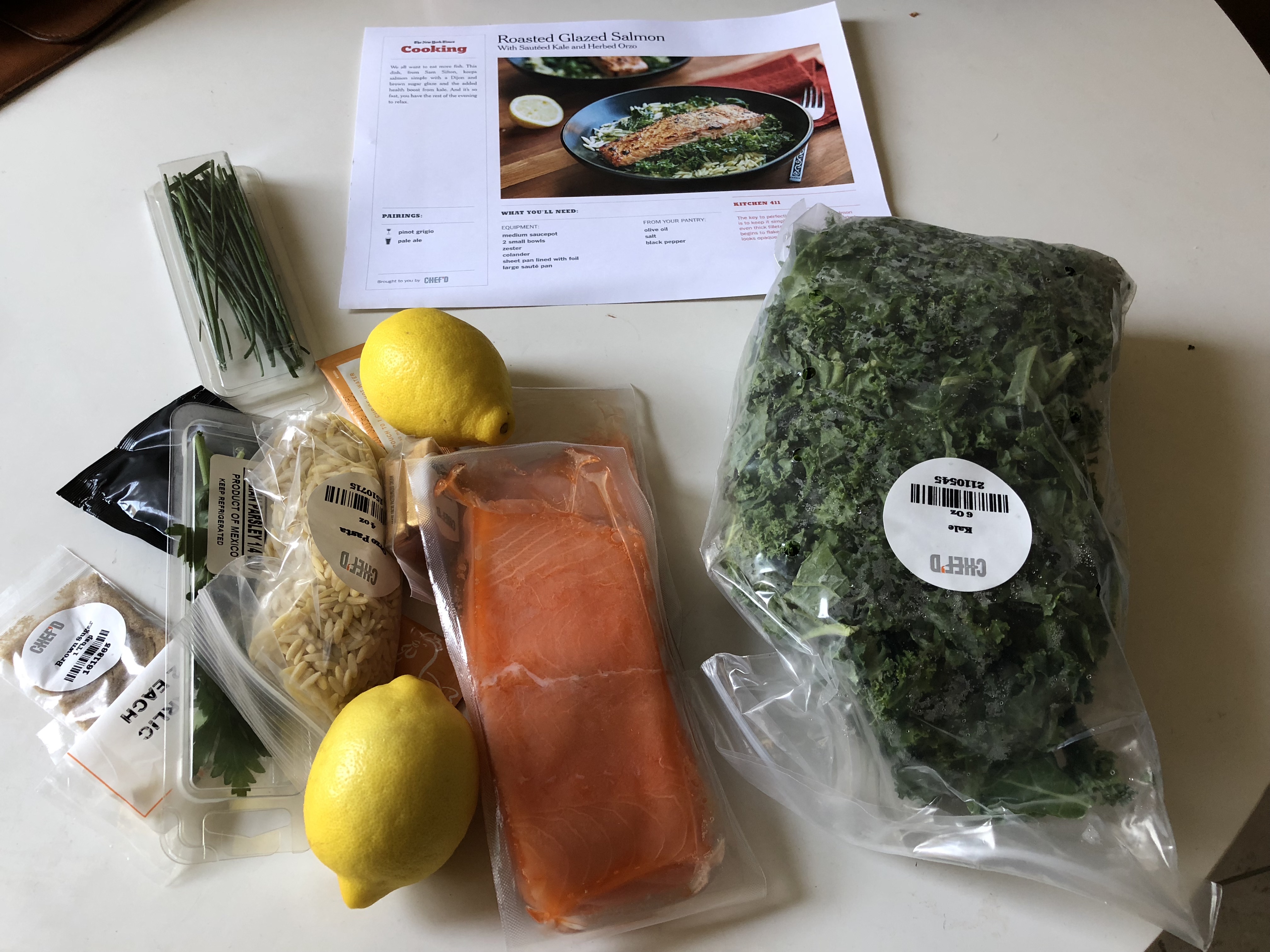 The directions were easy to follow and required very little preparation. The hardest part for me was zesting the lemon. I had to Google what that even meant, but I was good to go once I figured it out. In the process, I learned how to zest a lemon, and cooked kale and okra for the first time in my life. 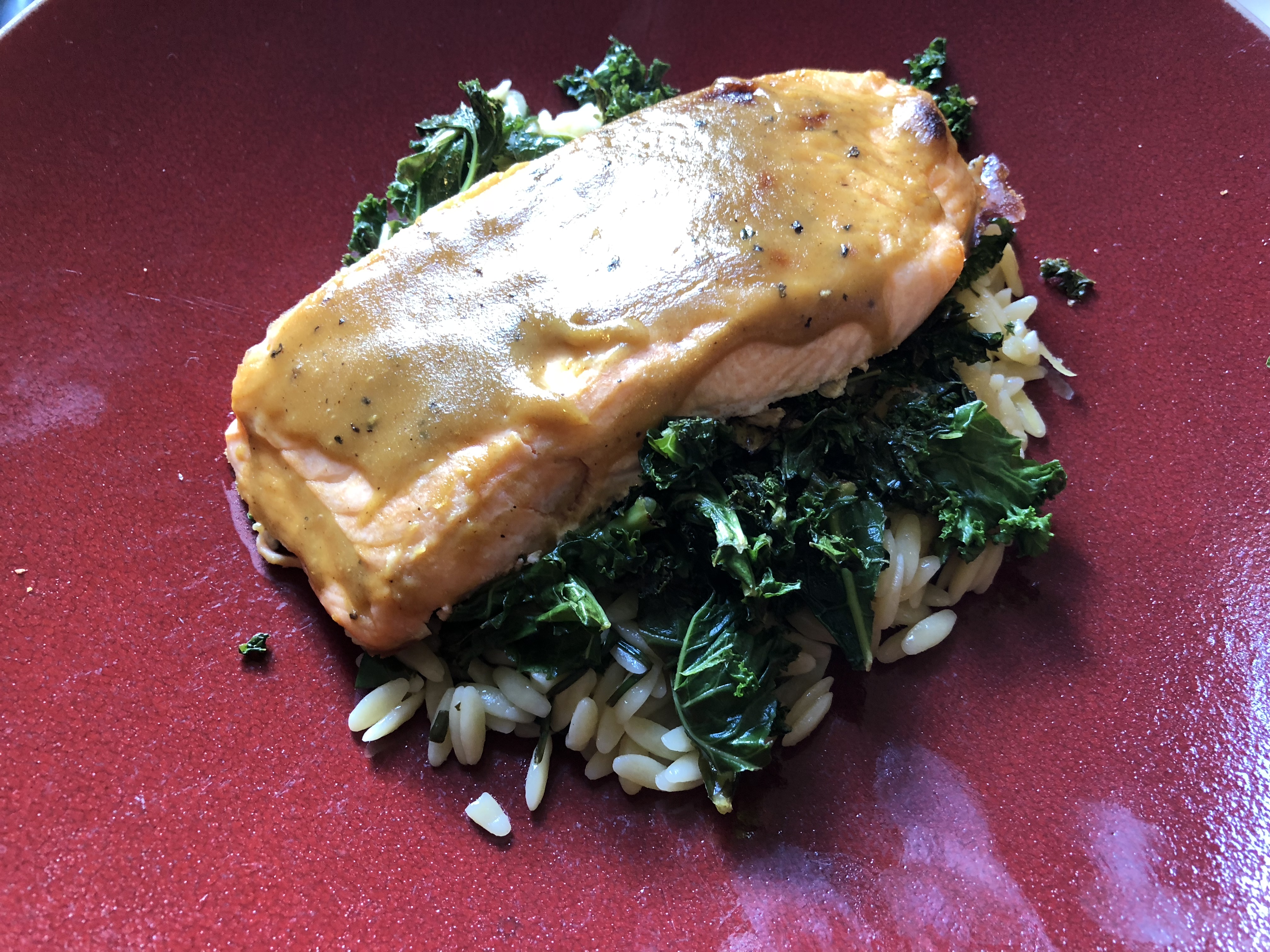 The pork and udon dish was super easy, but the gnocchi preparation is what gave me a hard time. Unbeknownst to me, Chef’d warned me that the gnocchi dish would be hard — clocking the prep time at 45 minutes — but I somehow missed that label before I placed my order.

The most time-extensive part was the actual gnocchi preparation, which entailed mixing up flour, eggs and ricotta, rolling it out and then cutting them up into smaller, gnocchi-sized pieces. Had I known I would’ve been making gnocchi from scratch, I’m not sure I would’ve picked this dish. But, surprisingly, I had a lot of fun. And it only took me about 10 minutes longer than Chef’d said it would.

In the last year, I’ve been to the grocery store no more than four times and I’ve cooked for myself about the same amount. What I’m about to say is probably not news for anyone who is comfortable in the kitchen and makes meals for themselves on the regular, but cooking is a lot of fun. And it’s quite a rewarding experience.

That’s what the promise of these meal kits is about. It’s about teaching people how to cook. It’s about democratizing access to healthy ingredients by getting rid of the requirement to be close to a grocery store. It’s about minimizing the amount of thinking involved in the decision-making process around what to make. But it’s also not necessarily for those without a healthy, steady income.

Some meal kit companies, however, are thinking about this. Plated, for example, is seeking authorization to accept SNAP benefits (food stamps) for meal kits. Already, the U.S. Department of Agriculture has a pilot program in place to allow those with food stamps to purchase groceries online through Amazon Fresh and Fresh Direct. As of now, no meal kits are authorized to do so. 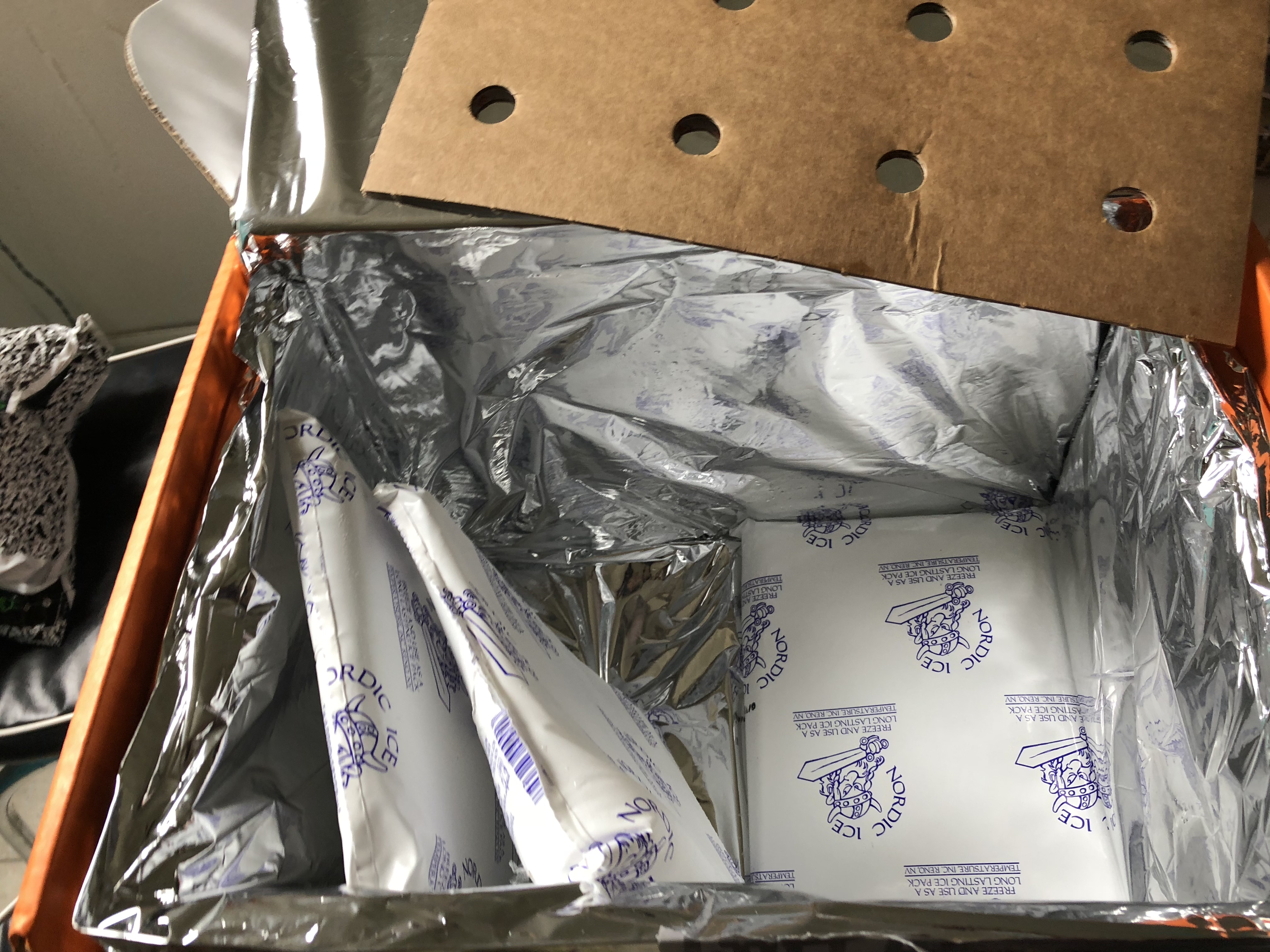 Meal kit startups have received a good amount of flack for the amount of waste they leave behind. It’s important that meal kit companies ensure the food arrives at a safe temperature. But it’s at a cost to the environment.

Chef’d, Blue Apron, HelloFresh and the gang of meal kit companies all package their meal kits similarly — in a large cardboard box that’s insulated with a foam liner. The ingredients are individually packaged in plastic and stay cold thanks to several ice packs.

My overall experience with Chef’d was solid, but it did have a bit of a rocky start. I placed my order on a Monday for a Wednesday delivery, but the box didn’t arrive until Saturday due to some weirdness on the company’s end processing my credit card, and then some “system issue.” Because of the delay, Chef’d gave me a $30 code to use on a future order.

My rationale for placing another order via Chef’d instead of from some other meal kit company comes down to not being locked into a subscription. It also didn’t hurt that they gave me a discount code to use on my next order. It took me a full week to get around to cooking all three meals and eating the leftovers. Blue Apron and HelloFresh like to remind people that they can pause their subscriptions whenever, but I’d rather just not be locked in from the get-go.