You know what’s cool? Not just being worth over $1 billion, but saving your customers $1 billion. Today, zero-fee stock trading app Robinhood announced that it’s hit 3 million registered accounts, $100 billion transacted in its app, and $1 billion in saved commissions considering competitors like E*Trade cost $7 per trade.

And now, Robinhood is getting a web version where beyond swapping stocks, you can research them with its financial news feed, check analyst buy-sell ratings, and compare them with its playlist-style Collections. 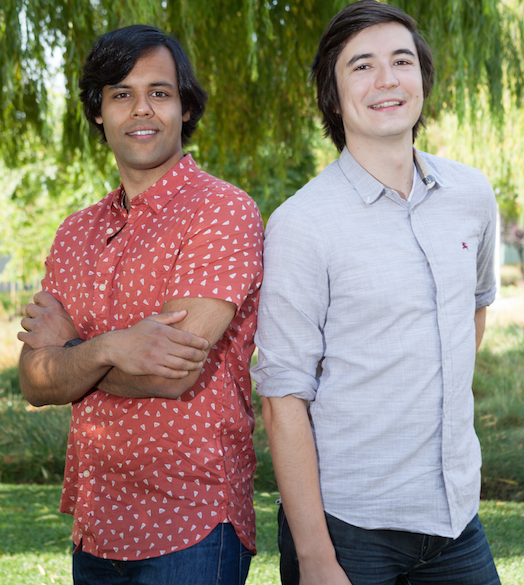 Long-standing competitors like Scottrade might cram a ton of data onto a web page, but that doesn’t necessarily teach you financial literacy. That’s something Robinhood users need as half of them are first-time traders. Co-founder Baiju Bhatt tells me “If the goal is to actually make people learn about investing, get better at it, be informed, I think our approach is the best one out there.”

Robinhood’s $110 million raise at a $1.3 billion valuation from April has clearly been put to swift use. But the web launch actually harkens back to Robinhood’s original mission. Back in 2013 before it raised its seed round with the intention of letting you trade stocks for free, Robinhood wanted to be a crowdsourced investment advice platform. With the new features like the ability to see the average price Robinhood users paid for a stock and whether its popular on the app, Robinhood is starting back down the path to social fintech. 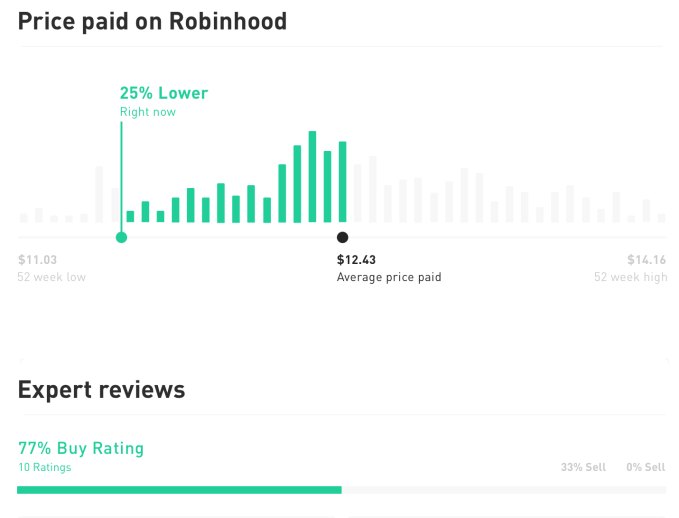 The web app’s design was based on a major insight from Robinhood’s research. “When young people are investing in the stock market, their behaviors are much closer to how people navigate products like Spotify or Amazon, rather than traditional investing products” says Bhatt [Disclosure: I knew the startup’s co-founders from college a decade ago].

That led Robinhood to build Collections that group stocks by vertical into sortable playlists so if you want to find real estate companies with Buy ratings that are popular on Robinhood, you can find ones you’ve never heard of. Meanwhile, Robinhood’s web home page displays a personalized news feed of finance headlines about the stocks you trade. To support Amazon-style comparison shopping, Buy and Sell ratings come with breakdowns of the bull and bear cases provided by Morning Star.

Robinhood users need all the education they can get, especially about investing risks. Betting on individual stocks is a serious gamble, and undiversified investors can get burned by a sudden share price drop. While Robinhood is democratizing trading by removing fees that can eat up the potential profit margins of smaller investors, these users may also have less net worth to protect them from investment losses. Robinhood would do well to encourage diversification, investment in spread-out ETFs, and only investing what people are comfortable losing. 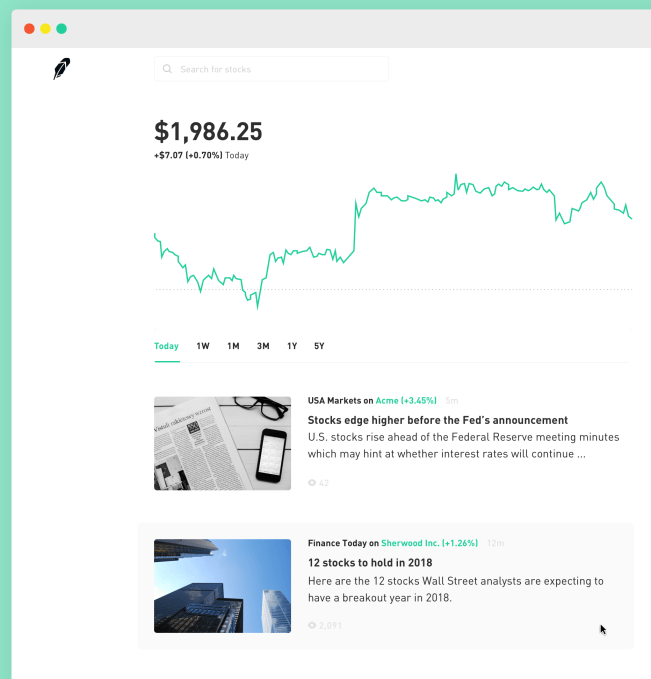 As an app, Robinhood was far ahead of the pack, but being on web will expose it to more competition. It might even wake up some sleeping giants who wrote the startup off as just a mobile toy. New mobile trading apps like Piggy are popping  Meanwhile, opening stock trading on the web opens up new security threats. The startup will have to keep everyone’s money locked up tight, as a breach could ruin the trust its built.

For now, though, users are so eager to trade that revenue from the $10-per-month Robinhood Gold premium service is growing 11% per month. Robinhood Gold lets users borrow up to double the money in their account to trade on margin with leverage. As it’s the core of of Robinhood’s monetization, the company’s total revenue is likely growing at around 11% per month.

But perhaps more impressive than all the new stats and features is the fact that Robinhood has made good on its promise to use technology to make stock trading so efficient that it doesn’t have to charge users. While E*Trade has 3600 employees to support its 3.3 million users, Robinhood supports 3 million traders with just 100 employees. By swapping heavy-overhead sales offices for a lean crew of engineers. Robinhood brought commissions down to zero where the dinosaurs can’t compete.