How come only 0.08% of Snapchat’s users bought its camera sunglasses? Hundreds of thousands of pairs of Spectacles sit rotting in warehouses after the company bungled the launch. Initial hype and lines for its roving, limited time only Snapbot vending machines led Snap to overestimate demand but underdeliver on quality and content.

What was the problem? Snap generated huge hype for Spectacles, but then waited 5 months to openly sell them. Once people actually tried Spectacles, few kept wearing them, and word of mouth about their disuse spread. Snap never got visionary video markers onboard. And as Snapchat’s popularity waned in the face of competitors, the fact that Spectacles only interfaced with its app rather than a phone’s camera roll became a burden.

Snap did some things right with Spectacles. The fashion photo spread announcement felt classy and surprising despite clues and photos of CEO Evan Spiegel trickling out ahead. The initial launch was a marketing extravaganza, with multi-hour lines of cool kids waiting on the Venice Beach boardwalk to buy them. And the Snapbots being dropped in random locations was exciting and made people feel special if they got ahold of them. But once people put them on their face, the excitement died off. 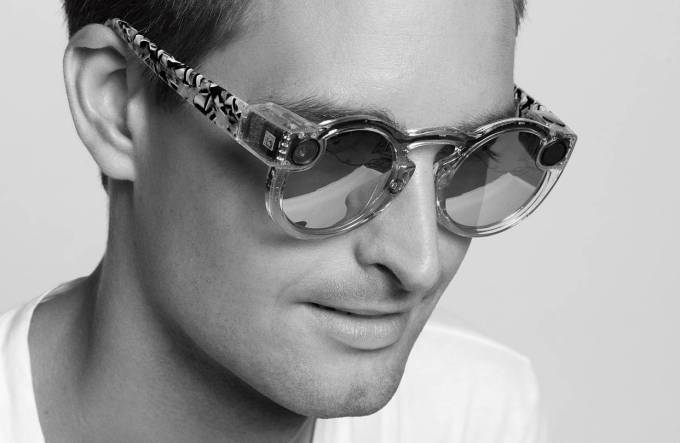 Here’s a breakdown of the major flaws that emerged with Spectacles in the year since their debut, with a focus on the stilted launch strategy:

Snap first announced Spectacles with some Karl Lagerfeld photos of Spiegel wearing them on September 24th 2016. Hype was high despite the beachey color options that turned some people off. It took until November 10th for the first Snapbot vending machines to launch. While the hype had cooled slightly, demand was huge as people wanted to be the first on the block with Spectacles, and lines stretched down streets. 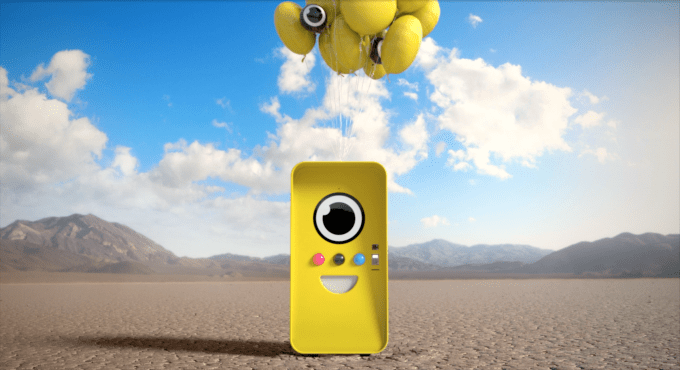 But Snap whether it was because Snap wanted to milk the Snapbot promotion, couldn’t tell if Spectacles should be exclusive or widely available, or it had supply chain problems, it took until February 20th for Snap to start openly selling Specs online.

Waiting five months after the initial announcement was an eternity in the fast-moving teenage fad cycle. They weren’t cool by the time they were buyable. Everyone had already seen the sunglasses and circular video all over the Internet, most owners had long since stopped using them, the holiday season had passed, and few people wanted to buy so late. It took until June, 8 months after their debut, for Spectacles to become available in Europe. 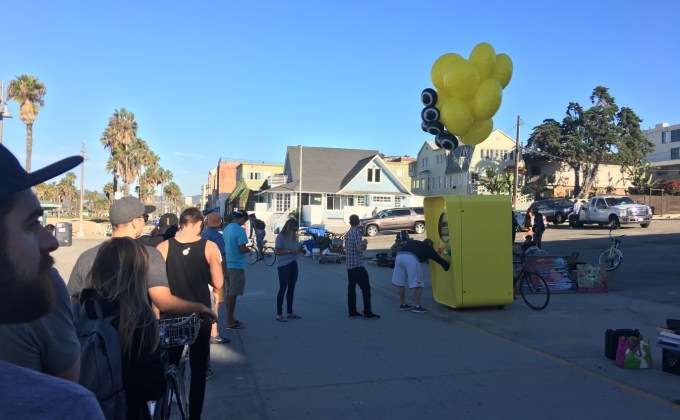 If Snap had instead made its announcement, quickly outfitted some lucky normal users and celebrities with Spectacles, then launched a giant Black Friday sale at the peak of its hype, all those people fascinated with the gadget might have bought immediately. Everyone would have paid before word got out that people weren’t going to wear camera glasses all that much.

Alternatively, Snap could have gone the path of exclusivity lit by its fashion-focused debut. Rather than ever selling Specs openly, it could have gotten them into runway shows and magazines while sticking with the limited-edition Snapbots. Then after a few months it could have ceased all sales, turned existing pairs into fought-over collector’s items, and saved the mainstream rollout for an eventual v2 launch. Unfortunately, Snap seems to have got stuck between these exclusive and mass-retail strategies.

Where Were The Spectacles Influencers? – To drive demand, Snap needed to demonstrate all the creative things you could do with Spectacles, and the cool people who wore them. Yet at the time, it still had a very hands-off approach to dealing with traditional celebrities and web influencers. Snap didn’t make outfitting creators with Specs and training them to use the camera glasses a priority. Instead of top Snappers constantly posting circular videos and encouraging fans to do the same, Snap effectively left the gadget out to dry. Snap let random Spectacles buyers, often over-enthusiastic social media amateurs, define the image of the product, similar to how Google’s core mistake was allowing geeky developers to become the face of Glass. 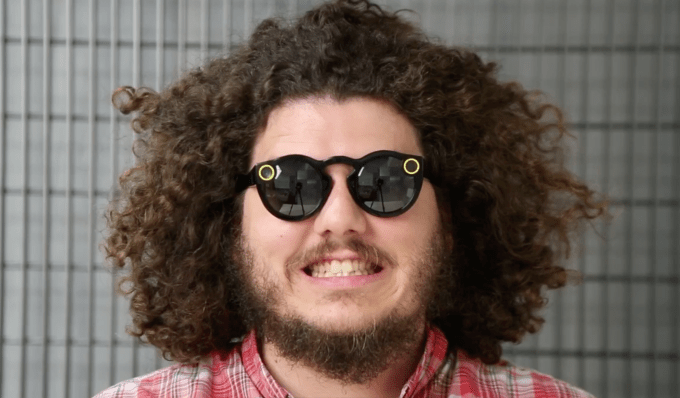 Few Examples Of Great Content – Stemming from Snap’s failure to foster a Spectacles creator scene, it did a terrible job of showing off how Spectacles could be used beyond the initial commercial. Neither Snap’s in-house team or independent social stars were recruited to make videos exposing the creative opportunities of the device. It did little through event marketing or in-app promotion to encourage Spectacle content creation. Karen X. Cheng was perhaps the only Spectacles influencer lighting the path, with her first-person mirror dancing video and Spectacles-on-babies ad she helped Brawny make. But Snap should have ensured the Internet was flooded with these videos proving what you can’t do with your phone’s camera, and why you should buy Spectacles.

People Are Still Freaked Out By Camera Glasses – Google Glass tainted the market with its “not sure if you’re recording me” design. Even though Snap put more obvious recording signal lights on Spectacles, people would still question you about whether they were on camera. That not only made people uncomfortable being around Spectacles, but made you feel like a bit of a creep just wearing them even if you never tapped the shutter button. Their appeal was further limited by their polarizing  “fashion-forward” design (some would call ugly), while the only non-black colors were aggressively bright teal and coral. 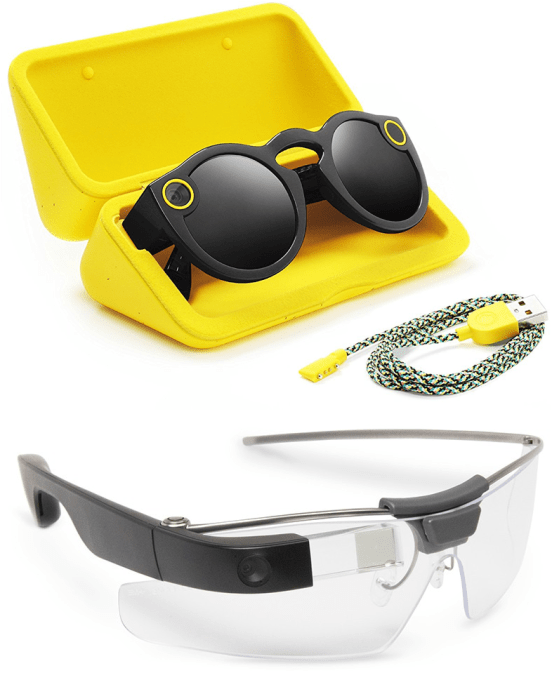 Limited Content Portability – When Spectacles debuted, Snapchat clone Instagram Stories had only just launched. But soon reaching over 250 million daily users, Instagram Stories grew bigger than Snapchat’s whole app that now has 173 million. Snap didn’t have the only Stories in town, and lots of people began cross-posting between the two apps. But Spectacles made that difficult. Specs shoot in a proprietary circular video format. On Snapchat, you see the content full screen no matter what orientation you hold your phone in. But when exported, those circular videos get inset within a white square in a locked orientation. That makes them look obviously ported from Snapchat rather than made for these other channels, especially inside a rectangular  Instagram Story. Spectacles wouldn’t connect to your phone’s camera roll, only to Snapchat, making exporting a chore. And they didn’t take photos, just videos.

Stuck In The Fuzzy Sun – The shaded lenses in Spectacles made them tough to wear indoors or at night. That disqualified a lot of the parties, concerts, meals, and hang-outs people like to Snap. Beyond music festivals, beaches, back yards, and parks, there fewer opportunities to use them then buyers may have expected. I saw one guy who had popped the lenses out so he could wear them anywhere, but that made their look stick out even more. Snap never struck any official partnerships with companies offering non-shaded or prescription lenses, though some providers of lens replacements cropped up. That led some people with vision problems or who stay out of the sun to write-off the product entirely.

Only unofficial third-parties made clear or prescription replacement lens for Spectacles. Snap didn’t.

Usability Problems Galore – Having to pair Spectacles with Snapchat instead of the standard Bluetooth menu was annoying. Data transfers from the glasses to the phone took forever and would get easily interrupted. They only recorded videos in 720p, not 1080. Videos were clumsily first sent in low-resolution until a higher-res version could be delivered. Spectacles drain your phone battery super fast. The bulky and oddly shaped triangular prism case was tough to fit in bags and impossible to get in your pocket. The battery and recording lights were confusing. Sometimes Spectacles would require a “hold the shutter button for 55-seconds” reset that wasn’t clearly explained on any of Snap’s support pages. And finally, our hands are already an incredibly agile, auto-stabilized, selfie-able conveyance for a camera.

For a v1 product, Spectacles were a valiant effort. But it was the stuttered roll out, lack of promotional support, and rising competition combined with their hardware problems the doomed Spectacles. Hopefully v2 will correct these missteps. Snap already has a patent for an augmented reality version, and it’s shelved other product ideas like a drone.

If Snap wants to truly live up to its name as a camera company, it either needs to nail a single gadget you want to use multiple times per week forever, or release an array of short-lived but fun camera toys. Either way, it must seize on the hype it creates rather than letting it fade, and put the work in to foster an ecosystem of creators to pioneer videography styles everyone else can try. Building a trend-setting camera isn’t just about the tech you put into it, but encouraging the content that comes out.