It’s well past time to put to rest any doubt surrounding Microsoft’s hardware ambitions. Over the past few years, the company has transformed the Surface line from boutique proof of concept to one of the more innovative and forward-looking PC brands on the market. The Surface Book is one of the best examples of the line — released in 2015, it was quickly embraced as one of the best laptops on the market.

Microsoft took the wraps off the Surface Book 2 this morning. The name is a slight misnomer, as the original got an upgrade late last year — though that was more of a refresh, augmenting the internals with a new Nvidia GeForce GPU and additional battery life. This latest version advances things further, with a 15-inch model, up to 17 hours of battery life and further souped up processing, courtesy of 8th-gen Intel dual- and quad-core processors.

The device looks pretty similar to its predecessor, though Microsoft claims to have made tweaks to virtually every aspect of the thing, down to backlit keyboard and singular flexible hinge. It also has a bar of standard USB ports and one USB-C on board.

For those having trouble keeping track of the increasingly crowded Surface line (can’t say I blame you), the Book is the company’s first full-fledged laptop (whereas other models have been positioned as convertible tablets). Mind you, the tablet portion can still be detached, unlike the Surface Laptop. More importantly, it’s the most powerful of the company’s portable offerings. 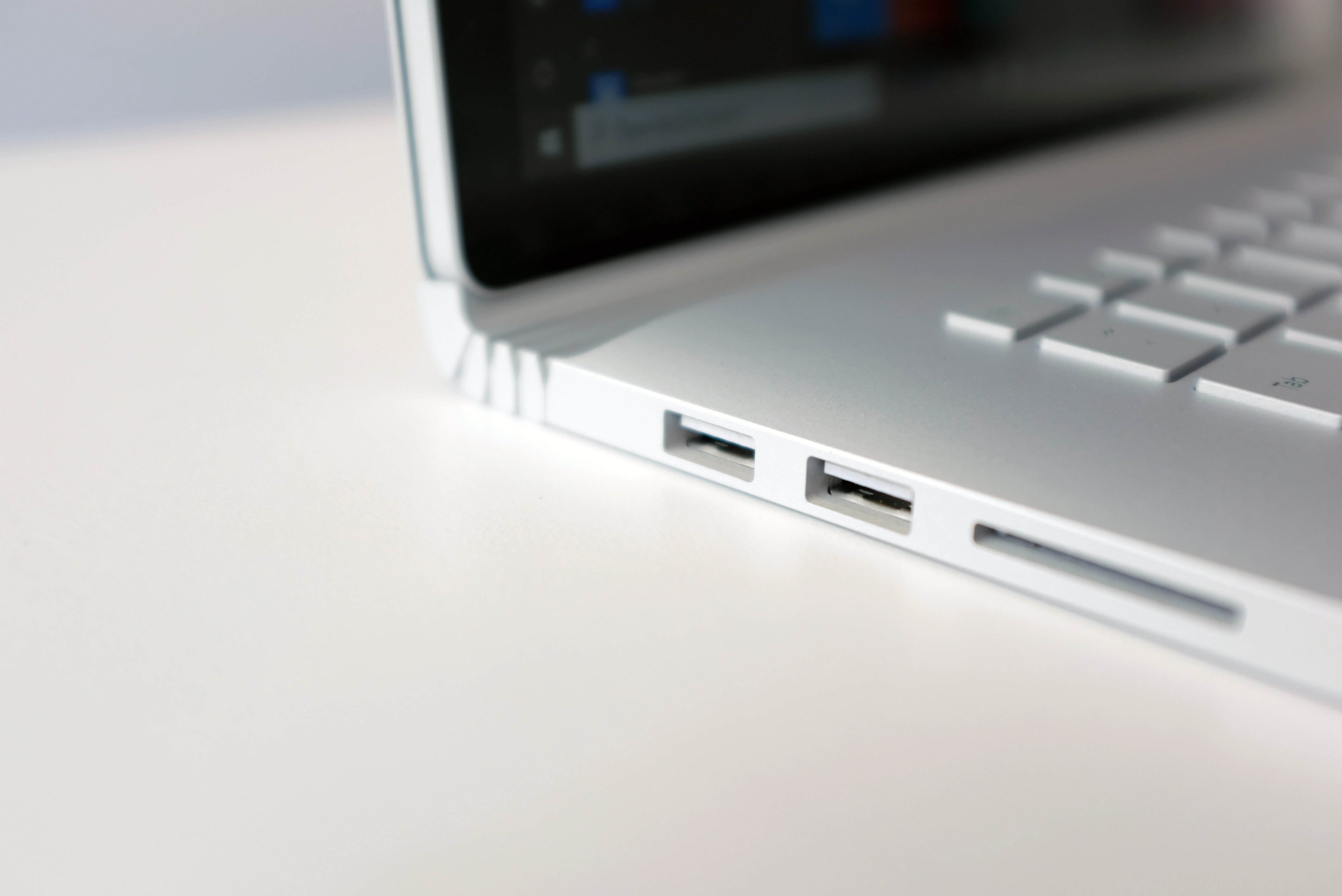 The company’s making some pretty lofty claims for the Surface Book 2, stating that the new model has “five times” the graphics performance of the O.G. model and double the power of the new MacBook Pro. Those sorts of claims are generally situationally dependent and tough to verify, but the original model did help set the bar for Windows laptop computing, so this is bound to be an extremely capable machine. 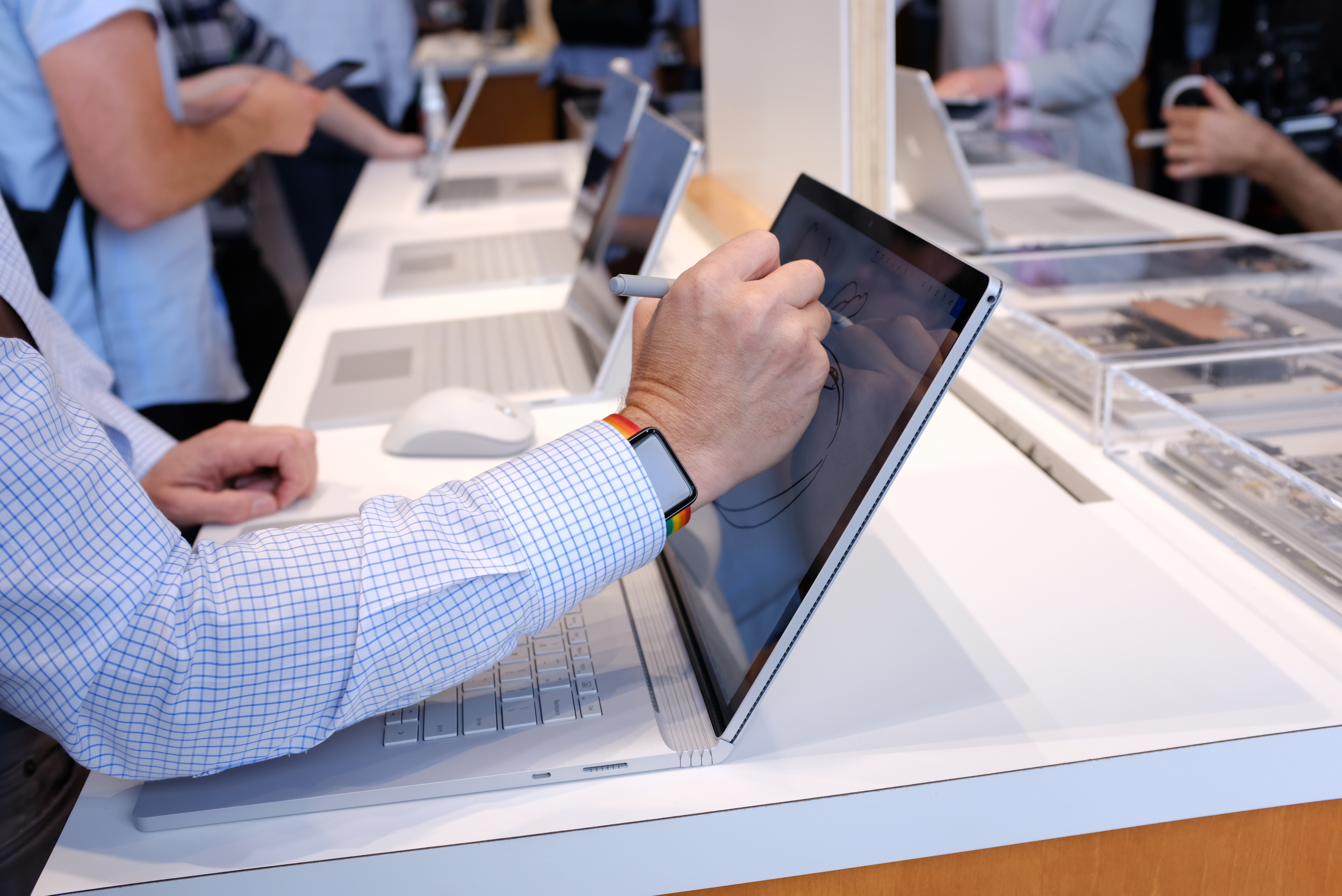 Among the new features is some graphical firepower (Nvidia GeForce GTX 1060 with 6GB of memory on the larger version) that makes the new Surface Book a decent gaming machine. The first edition was able to run some games, but had some difficulty with high-end titles like Gears of War. The company claims the new model will be able to play GoW 4 and Forza Motorsport 7 flawlessly at 1080, 60 FPS — a pretty impressive feat for a compact, detachable laptop.

Even with some serious processing power on board, however, the company maintains that the new Surface Book is focused on creators first. In fact, it’s using the launch of a new version of Windows 10 Creators update to announce the new device. Microsoft, Apple and Google all seem fairly convinced that the category will become less niche, with the advent of powerful portables and tools like the Surface Pen.

Certainly the device has a lot going for it on that front, including the 3240 x 2160 touchscreen display on the 15-inch version. And, of course, the screen is both convertible and detachable, so it doubles as a (albeit kind of bulky) tablet. The company’s also positioning the device as an ideal base for its Mixed Reality push.

The new Surface Book launches November 16, starting at $1,499 — pricing goes way up from there.