Google’s Pixel 2 launch event is only a couple of days away, but the hype cycle is in high gear – and a new leak has me even more excited to see what Google officially unveils on Wednesday. Serial (and mostly accurate) leaker Evan Blass has posted images he says depict the Google Pixel 2 XL viewed from the front, including a display with minimal bezels that matches up with rumors about the large smartphone we’ve heard previously.

Blass shared images of the Pixel 2 XL with a black bezel, both with and without a case. The two images depict a display style similar to the one found on the Samsung Galaxy S8, with rounded corners and thin bezels on both sides, with slightly thicker bezels at the top and bottom of the device. The top looks to house both a speaker and a front-facing camera, while the bottom or ‘chin’ has another speaker grill, likely also housing the mic for phone calls.

The display features an image with striking depth of field as the wallpaper, as well as vibrant colors. If this is the official screen mockup Google is using in its marketing materials, I’d bet that they’ll be touting a wide color gamut for the display, as well as enhanced imaging capabilities for the rear-facing camera that make capturing this kind of shallow depth of field possible.

Previous leaks showed the Pixel XL 2 from the back, revealing a similar design to last year’s model, with a new black and white color option. 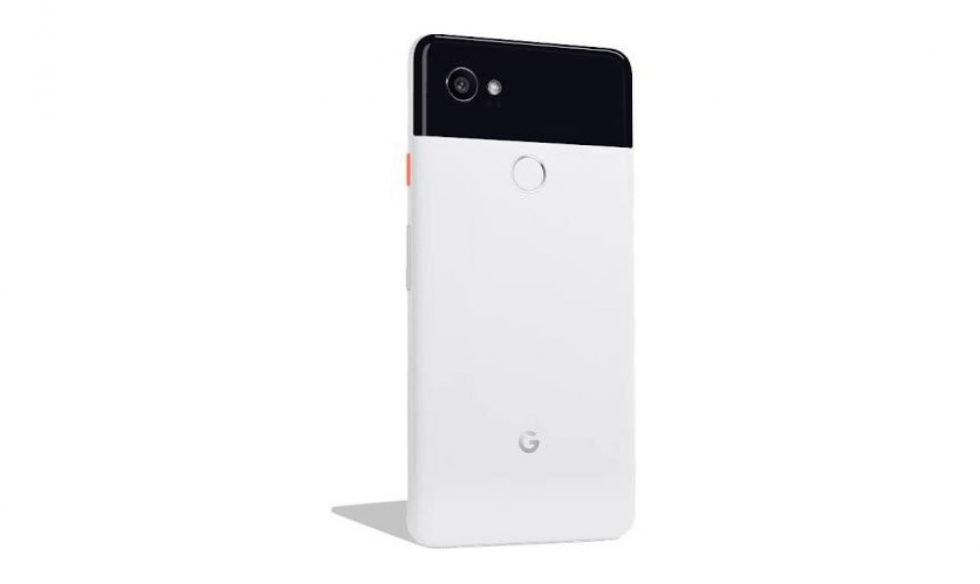 The Pixel XL is said to be made by LG, per FCC documents and earlier reports, and this does look similar in design to both the LG G6 and the more recent V30. We’ll find out if this is genuine in just a couple of days, but meanwhile I’m betting it is – and that’s a good look for Google’s upcoming premium smartphone.

We’ll have all the news from the event live as it happens, so tune in starting at 9 AM PT / 12 PM ET on Wednesday, October 4.