Whether you call it fragmentation or flexibility, there are now seven Amazon Echo devices from which to choose. Today Amazon launched a slew of new smart home devices, so there’s one for every conceivable use case and living space set-up. That leaves competitor Google Home looking like a one-size-fits-none solution.

Now there’s the Echo for audiophiles, Look for fashionistas, Dot for cheapskates, Plus for Internet of Things junkies, Show for video chatty grandparents, Connect for home phone haters and Spot for  early risers (or those who wish they were).

This product line might seem bloated or confusing to some, but there are several smart angles to today’s announcement.

Experimentation – The smart home is still a young space, where no one’s really sure what exactly consumers want or will actually use. Getting out early with an expansive array of choices will let Amazon test the market and figure out where to apply its development resources.

Institutionalizing Alexa – Really, today isn’t about selling more devices as much as it is about making Alexa the default operating system for the home. If the seven options make it easy to start or augment a smart home setup for every type of dwelling or budget, Amazon can literally get its foot in the door. Once you’re familiar with Alexa, you’re less likely to stray to a competing ecosystem like Google’s. Then Amazon can really start squeezing cash out of you with future updates and new devices, plus rope you into Prime, which beckons you to buy more from Amazon because shipping is quick and free. 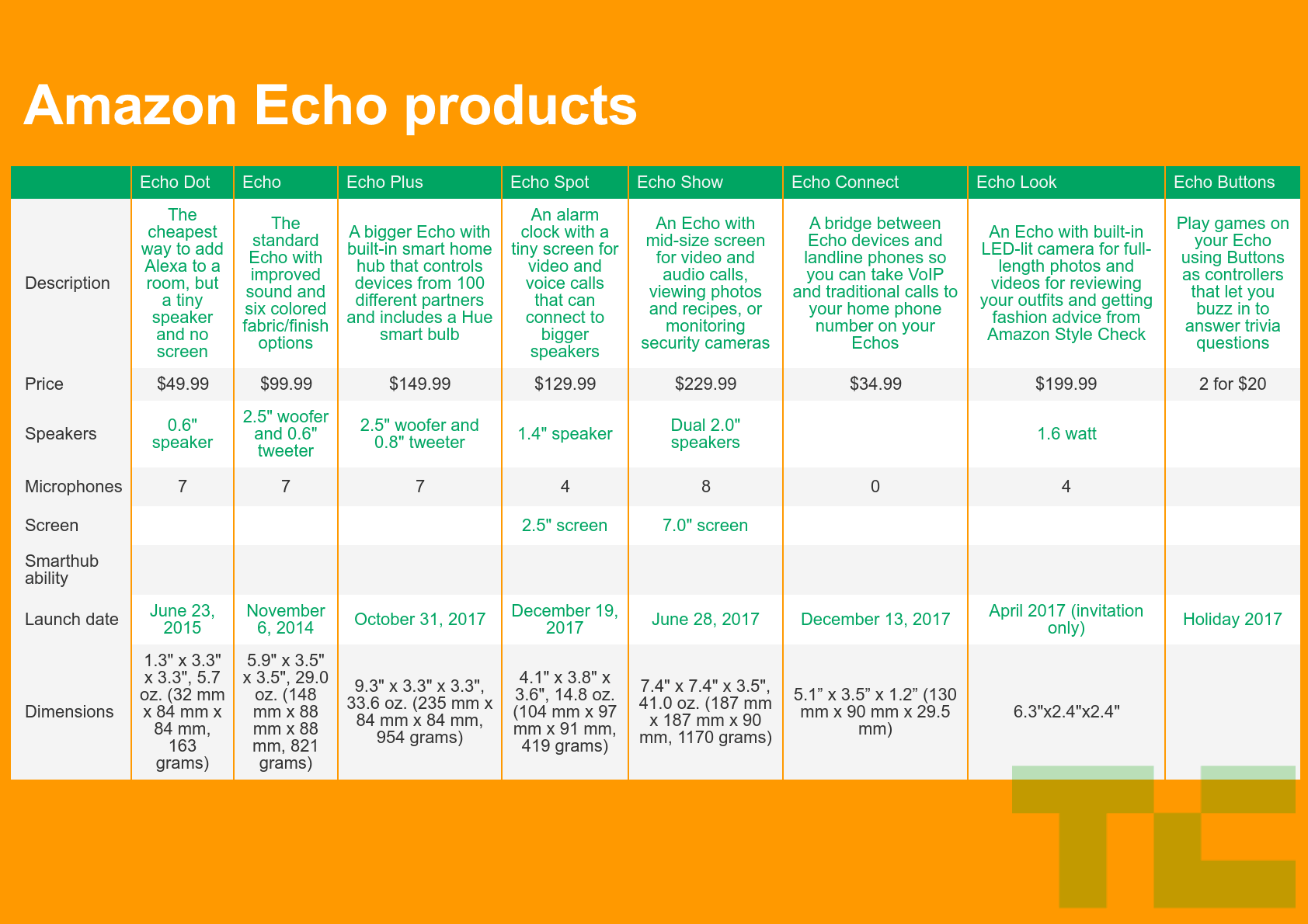 Becoming the omni-hub – One of the most annoying things about smart home devices like Philips Hue bulbs is that most require their own hub that hooks up to Ethernet and beams connectivity to the individual devices. That gets clumsy if you own lots of different brands. The Echo Plus serves as a united hub for 100 different device makers. Buy one of those, and you’re even more locked in to Amazon’s ecosystem. Expect Amazon to build this hub feature into other Echo devices in the future. 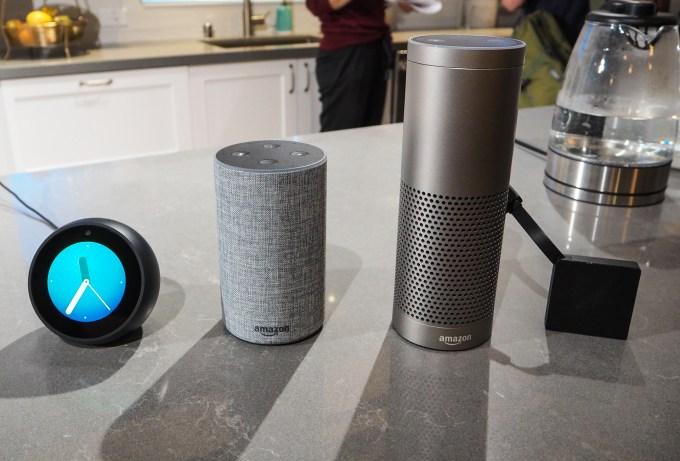 Replacing the phone – Amazon scrapped its Fire phone, but it still knows that it has to win over how we already talk through computers to be the future of voice. That’s why it launched the Spot video calling alarm clock and the Connect for turning Echos into your landline phones. It’s clear that phone calling isn’t just some add-on feature to its Show tabletop tablet. With phone contact syncing you can call by saying someone’s name. Calls from the U.S. to Mexico and Canada are free, and I bet Amazon will look to expand that to more regions or even offer its own telephony service. And with today’s expansion of Alexa communications APIs, developers will be able to build voice and messaging features on top of Echo. Amazon specializes in making old things easy, and the landline is one of the oldest pieces of tech in our homes. 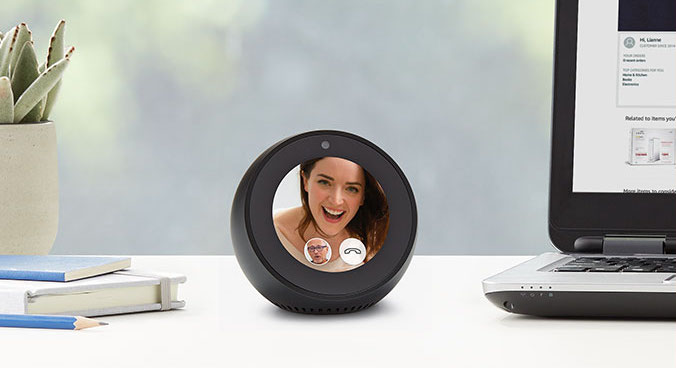 Jeff Bezos knows he’s lost the mobile phone business. That’s brutal considering how much people spend year after year on iPhones. So if Amazon can’t compete outside your walls, it’s going to squeeze every last bit of revenue and opportunity out of what’s inside.