Racism. Sexism. Discrimination. Harassment. Those words often come up in questions pertaining to the state of diversity in Silicon Valley.

2017 has been a bombshell of a year in Silicon Valley, kicking off with former Uber engineer Susan Fowler’s allegations of sexual harassment during her time at the company. Shortly after her expose, allegations against Binary Capital co-founder Justin Caldbeck and 500 Startups founder Dave McClure surfaced. Then came the lawsuit against UploadVR for “rampant” sexual behavior in the workplace and one against SoFi by a former employee who alleged he was wrongfully terminated for reporting the sexual harassment of female employees.

Clearly, a lot has happened in this past year. That’s why the topic came up again and again at TechCrunch Disrupt SF earlier this week.

“I think that the ecosystem is evolving and changing, and the country is changing,” DST Global founder Yuri Milner said at TechCrunch Disrupt San Francisco this week. “And what was acceptable even a few years ago is no longer acceptable. This change has been happening for a very long time, and I think companies need to react to those changes as the rest of the economy.”

All eyes are on early stage VCs

After all of the drama involving Caldbeck and McClure, many people in the tech industry expressed outrage. Some went on to suggest that there need to be more explicit policies in the venture capital world that explicitly prevent harassment.

Despite those suggestions, there are still firms out there that have yet to take a proactive, explicitly outlined approach to invest in people of color and women, and prevent sexual harassment and discrimination.

When asked at Disrupt about whether DST Global has a policy in place to ensure investments go to underrepresented people in tech, Milner pointed the finger at early-stage VCs, saying that’s where the “revolution will have to happen.” That’s because, he said, “We don’t see a lot of female founders running late-stage companies.” 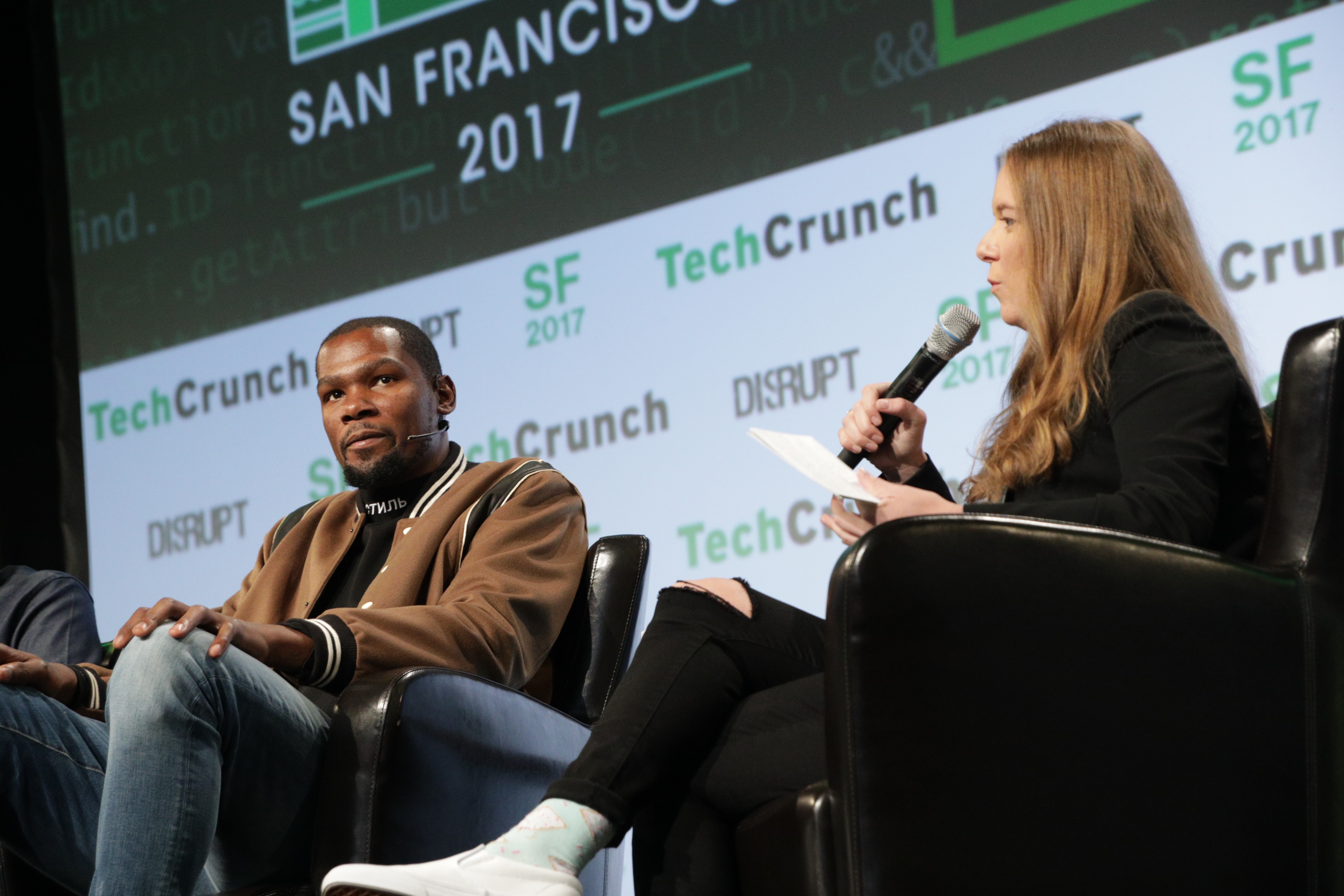 Kevin Durant of the Warriors has his own early-stage fund with Rich Kleiman called Durant Company. The duo said they don’t have an explicit policy in place, but Kleiman noted two of the most impressive founders they’ve met in Silicon Valley have been women. Durant added that he recognizes great ideas can come from anyone.

“I think there’s a lot of people out there — no matter what color they are, what they believe in — who have great ideas and want to push the envelope and want to change the world, and I think we should listen to them,” Durant said. “Simple as that.”

But let’s be real now. It’s simple, yes, but just because it’s simple doesn’t mean people are going to do be inclusive and not harass people. This is where legislation can come in.

In August, Sen. Hannah-Beth Jackson (D-Santa Barbara) introduced a new bill, SB 224, to explicitly prohibit sexual harassment in the venture capital industry. Right now, there is a legal gray area when it comes to the relationship between an investor and a startup founder.

SB 224 seeks to amend the Unruh Act, a California civil rights law that prohibits discrimination based on things like sex, race, religion, age and disability. The Unruh Act currently prohibits sexual harassment between people who have a business relationship but don’t work for the same company. That includes relationships with attorneys, landlords, teachers, physicians and other professionals, but does not explicitly include investors.

“People are not naturally altruistic,” Insight Venture Partners Managing Director Hilary Gosher told TC’s Katie Roof at Disrupt. “So I think it’s interesting it has come to this, that someone’s got this bill proposed.”

Jackson’s bill would clarify the “unique nature of the investor/entrepreneur relationship” and, more specifically, would include an investor as someone who may be liable for sexual harassment.

“Whether or not it comes to parse, the point is at some point people aren’t going to change unless they’re forced to change,” Gosher said.

Despite what’s happening in the VC world, young startups also have a responsibility to make sure they’re building and fostering diverse, inclusive workplaces. And the earlier a startup begins paying attention to diversity and inclusion, the better.

“And I do this crazy thing called hiring people who aren’t just white dudes,” Kunst said at Disrupt. “And it works really well. You guys should try it.”

On an equally important note, Kunst stressed the importance of building a good culture and ensuring it comes from the top down. Atrium LTS co-founder Justin Kan, a serial entrepreneur behind startups like Twitch and Exec, echoed some of what Kunst said.

In another Disrupt session earlier that day, Kan spoke about implementing good management practices and how some tech companies can get away with not doing that.

“I feel like a lot of these companies are just not doing that and in Silicon Valley particularly it’s oftentimes easier to not do that because you have a company that just grows itself,” Kan said. “You figure out something that has a network effect or is viral and it just starts growing and so you can afford to get away with having really bad management and I think just investing in management earlier on is a really important thing that every company should do.”

Once your startup gets to the size of Uber, for example, it’s going to take quite a lot of work to undo much of the damage that has already occurred as a result of internal practices that don’t take diversity and inclusion into account.

In light of Fowler’s allegations, which also called out Uber’s management practices, Uber has since brought on Frances Frei to help with leadership development and overhauled its performance review process.

Still, “there is certainly a lot to do,” Uber Chief Brand Officer Bozoma Saint John told me at Disrupt. In a conversation about the plethora of issues that plague Uber, we spoke the work Saint John has cut out for her. And when it comes to diversity and inclusion at the company, she says she’s not satisfied. 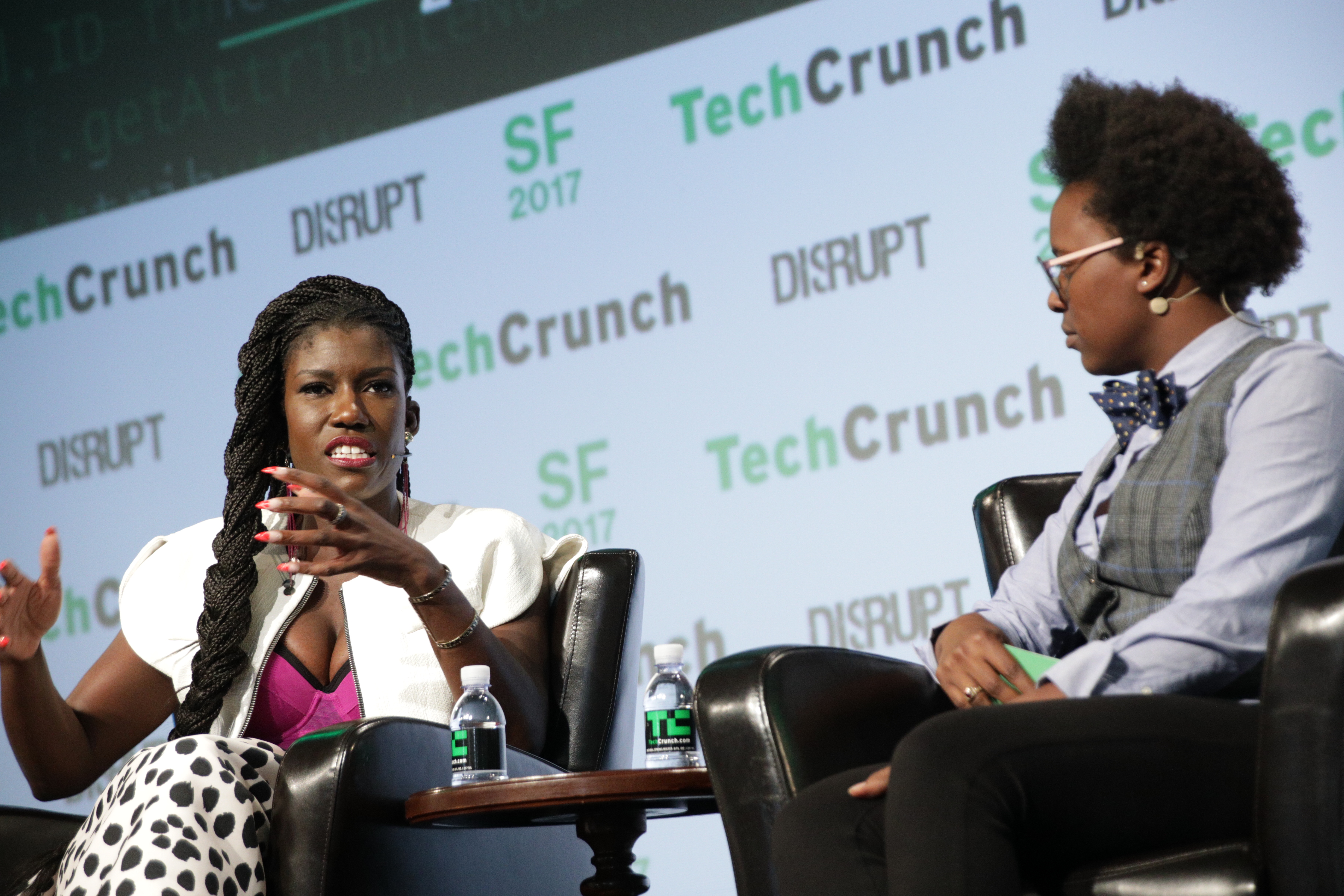 “Satisfaction to me is not reached until the numbers are increased,” Saint John said. “To me, I’m not satisfied just yet. I think we’re on our way.”

Uber is also a predominantly white company (49.8 percent), which is unfortunately the norm at U.S.-based tech companies. But where Uber shines is in its representation of black and Latinx people. Overall, Uber is 8.8 percent black, 5.6 percent Latinx and 4.3 percent two more or races in the U.S. In technical roles, however, those percentages drop to 1 percent, 2.1 percent and 2.4 percent, respectively.

Again, Uber is not alone in its overall lack of diversity — and that’s ultimately the problem in Silicon Valley and the tech world at large. There’s not a single company that is doing this right. There are only some that are doing better than others.

That was generally the consensus at Disrupt. Silicon Valley is failing at diversity and inclusion, and it’s gotten to the point where it’s impossible to ignore. In order to turn failure into success, anyone and everyone with hiring and funding power in technology needs to be more proactive about recruiting and hiring diverse people. They also need to have policies in place to ensure safe, inclusive work environments. For startups and investors who don’t know where to begin or how to proceed, here are some resources: