Election meddling is Facebook’s next adversary, and it’s got a plan to attack it just like it did with fake news. Solutions to both these scourges come too late to prevent tampering that may have aided Donald Trump winning the presidency — but at least Facebook is owning up to the problem, working with the government and starting to self-regulate. Here’s the nine-point plan Zuckerberg has devised to combat election interference, plus our commentary on each strategy’s potential.

One: Providing Russian-bought ads to Congress – “We are actively working with the US government on its ongoing investigations into Russian interference. We have been investigating this for many months, and for a while we had found no evidence of fake accounts linked to Russia running ads. When we recently uncovered this activity, we provided that information to the special counsel. We also briefed Congress — and this morning I directed our team to provide the ads we’ve found to Congress as well. As a general rule, we are limited in what we can discuss publicly about law enforcement investigations, so we may not always be able to share our findings publicly. But we support Congress in deciding how to best use this information to inform the public, and we expect the government to publish its findings when their investigation is complete.”

TC – Facebook initially shared more information with Special Counsel Robert Mueller than Congress, but after checking to make sure it won’t violate privacy laws, it’s giving the Russian-bought ads to Congress too. This could aid their investigation while preventing them from legally extracting the information from Facebook in a messy public ordeal.

TC – Facebook’s depth of access to its systems means it could surface evidence of election interference that Mueller or Congress can’t get from just the data Facebook provides. Facebook needs to review not just its advertising systems and fake news in the News Feed, but also use of Events, chat, user profiles, Groups and its other apps like Instagram and WhatsApp.

Three: Political ad transparency – “Going forward — and perhaps the most important step we’re taking — we’re going to make political advertising more transparent. When someone buys political ads on TV or other media, they’re required by law to disclose who paid for them. But you still don’t know if you’re seeing the same messages as everyone else. So we’re going to bring Facebook to an even higher standard of transparency. Not only will you have to disclose which page paid for an ad, but we will also make it so you can visit an advertiser’s page and see the ads they’re currently running to any audience on Facebook. We will roll this out over the coming months, and we will work with others to create a new standard for transparency in online political ads.”

TC – Facebook has held that ads are user content and therefore it could violate privacy to disclose the content and targeting of all ads. Businesses see their ads and targeting schemes as proprietary secrets. But when it comes to election and political advertising, the public good may need to be prioritized above corporate privacy. Building this transparency system may be complicated, and most users might not take the time to use it, but it could assist investigators and provide peace of mind.

Four: Political ad reviews – “We will strengthen our ad review process for political ads. To be clear, it has always been against our policies to use any of our tools in a way that breaks the law — and we already have many controls in place to prevent this. But we can do more. Most ads are bought programmatically through our apps and website without the advertiser ever speaking to anyone at Facebook. That’s what happened here. But even without our employees involved in the sales, we can do better.”

TC – The lack of stronger oversight of political ad buying given the contentious 2016 U.S. presidential election may have been one of Facebook’s most obvious mistakes. It needs to do a better job of understanding when scale isn’t an excuse for weak monitoring of this highly sensitive type of advertising. Facebook has long touted its ability to influence people, but didn’t put sufficient safeguards in place to prevent unethical or illegal influence campaigns. If Facebook can build these scaled systems for programmatic ad buying, it must also do the work to implement programmatic protections against abuse with keyword block lists, visual detection of hateful imagery, and triggers that push ads to human review. 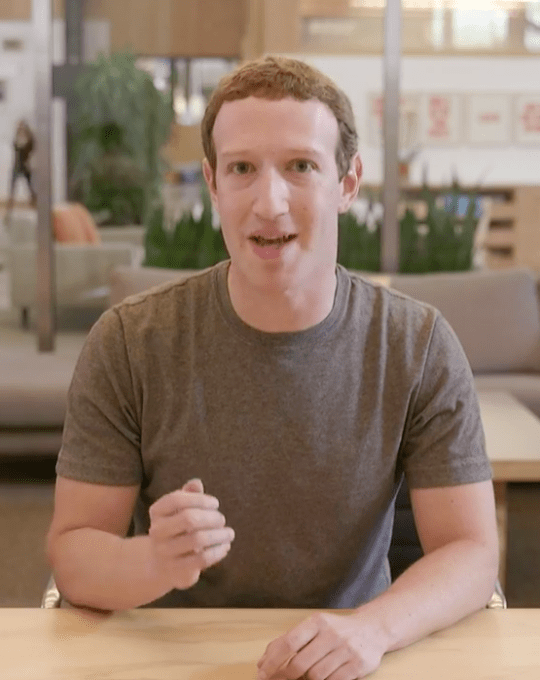 Bonus – Facebook admits it can’t block all the interference – “Now, I’m not going to sit here and tell you we’re going to catch all bad content in our system. We don’t check what people say before they say it, and frankly, I don’t think our society should want us to. Freedom means you don’t have to ask permission first, and that by default you can say what you want. If you break our community standards or the law, then you’re going to face consequences afterwards. We won’t catch everyone immediately, but we can make it harder to try to interfere.”

TC – It’s good to see Facebook being honest about its limitations here. It’s built a community too big to perfectly police, and accepting that is the first step to getting closer to satisfactory protection.

TC – Again, this is something Facebook should have known to do before the 2016 election. It’s earning more than $3 billion in profit per quarter, so it can easily afford this staff increase. It’s merely a matter of Facebook foreseeing the worst-case scenarios of how its products could be used, which it’s repeatedly failed to do.

TC – Rather than simply reacting to election interference, it’s smart for Facebook to proactively seek to provide information to election commissions while also educating the public in order to inoculate them against malicious influence.

Seven: Collaboration with other tech companies – “We will increase sharing of threat information with other tech and security companies. We already share information on bad actors on the internet through programs like ThreatExchange, and now we’re exploring ways we can share more information about anyone attempting to interfere with elections. It is important that tech companies collaborate on this because it’s almost certain that any actor trying to misuse Facebook will also be trying to abuse other internet platforms too.”

TC – Facebook already does this to protect people across the internet from terrorist propaganda and child pornography. As the largest social network, it has the opportunity to serve as a central hub for connecting services like Twitter, YouTube, Snapchat and Google to ensure strategies for blocking election interference are propagated across the web.

Eight: Protecting political discourse from intimidation – “We are working proactively to strengthen the democratic process. Beyond pushing back against threats, we will also create more services to protect our community while engaging in political discourse. For example, we’re looking at adapting our anti-bullying systems to protect against political harassment as well, and we’re scaling our ballot information tools to help more people understand the issues.”

TC – Beyond broadcast forms of interference like ads, fake news and events, Facebook users are vulnerable to being shouted down for voicing reasonable political opinions. While these attacks deal with a person’s viewpoints rather than their inherent identity, like most bullying, Facebook can efficiently repurpose existing technologies to suspend accounts that try to disrupt civil discourse.

Nine: Monitoring the German election – “We have been working to ensure the integrity of the German elections this weekend, from taking actions against thousands of fake accounts, to partnering with public authorities like the Federal Office for Information Security, to sharing security practices with the candidates and parties. We’re also examining the activity of accounts we’ve removed and have not yet found a similar type of effort in Germany. This is incredibly important and we have been focused on this for a while.”

TC – For Facebook to start earning back public trust, it needs to show it can block a significant amount of the attempted interference in elections. This weekend’s German election is a good opportunity for this. If Facebook is seen as inadequately defending democratic processes after being put in the spotlight, it risks even more stringent backlash.

Overall, Facebook’s plan is sensible, even if it comes a year later than needed. Scale can’t be an excuse. Programmatic ad buying that doesn’t go through human sales people is what’s allowed Facebook to grow so large and profitable. Those profits must be reinvested into both human and algorithmic safeguards against abuse. It’s a problem worth throwing money at in the short-term, at least until the behavior of human moderators can be built into more cost-efficient automated systems.

Hopefully Facebook’s mistakes and the general naiveté of tech companies and the public toward election interference will lead to a swing far in the other direction as the world wakes up to how sophisticated attacks on democracy have become.

You can watch Zuckerberg’s announcement video of this new initiative below: