Nikola Motor Company, the Utah-based company that is working on building heavy-duty transport trucks using hybrid hydrogen-electric powertrains, announced today that it’s partnering with global automotive industry supply leader Bosch to design and build said powertrains. The company also revealed the first ever image of its Nikola Two truck design (above), with a smaller, ‘day cab’ style design but similar range and performance to the Nikola One long-haul semi truck.

Nikola (yes, which takes its name from electrical engineer, inventor and futurist Nikola Tesla) is hoping to bring to market its Nikola One and Two trucks by 2021, offering Class 8 multi-axle heavy load transport trucks that produce no direct emissions in the form of exhaust thanks to an electric drivetrain, which can achieve true long haul range thanks to the use of hydrogen hybrid technology to extend beyond the max range available to battery-only vehicles.

Nikola will use Bosch’s eAxle design to help bring their truck to market as fast as possible, and will work with Bosch on building the first ever true dual-motor commercial-vehicle eAxle intended for long-haul trucking. The eAxle itself is, as you might guess from the name, a vehicle axle connecting the truck’s wheels – but It also contains the electric motor, power electronics and the transmission in a single, modular unit. 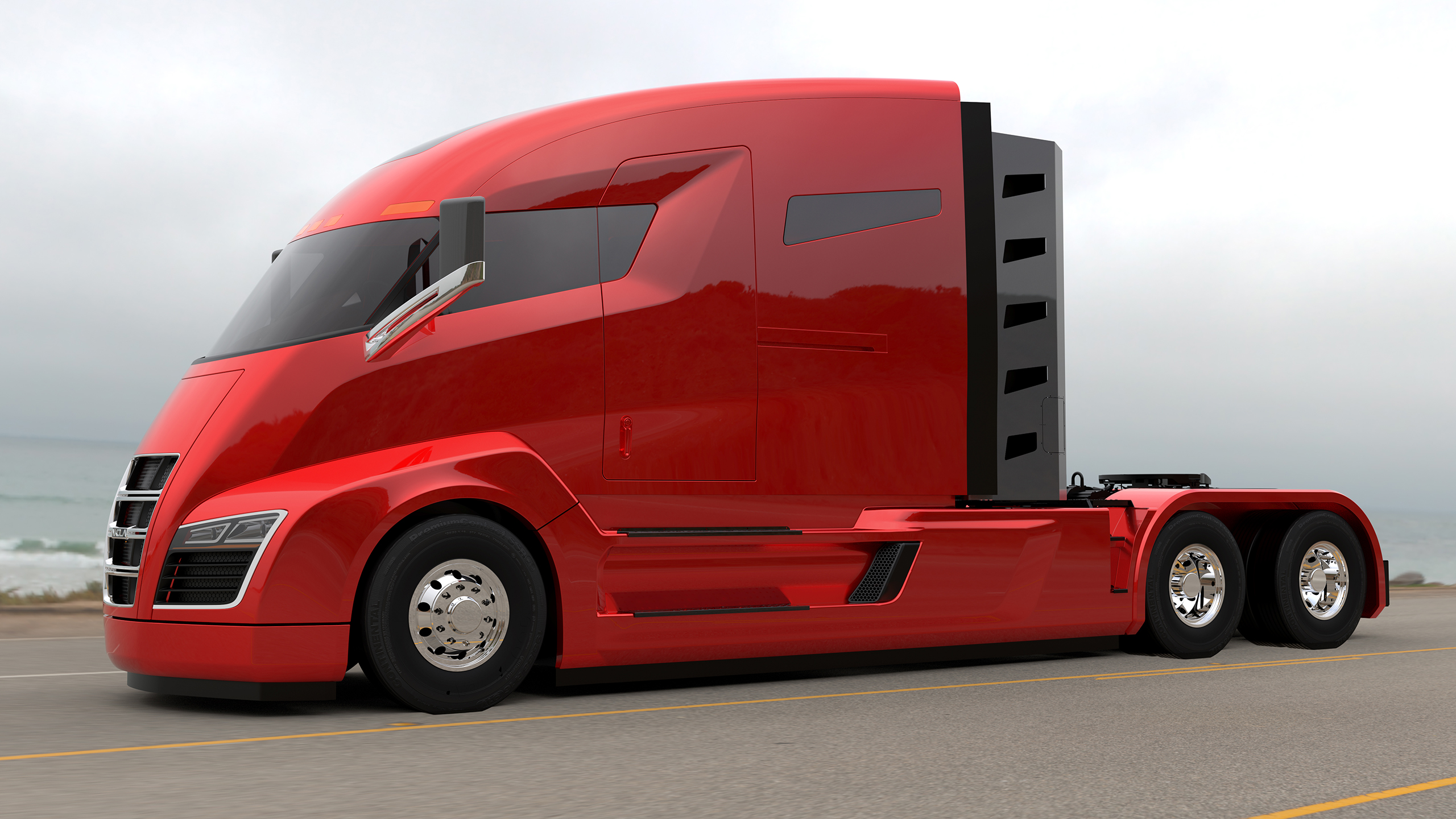 Bosch has ample experience developing the eAxle, so that should help considerably in easing the challenge of bringing Nikola’s technically challenging vision to market. The two companies will also work together on building the vehicle’s overall powertrain.

Tesla is set to unveil its own fully electric semi truck at an event next month, but we don’t yet know when it’ll make it to market. The Tesla truck could reportedly have some autonomous capabilities, but will likely have a range of at most around 300 miles per charge, something Nikola’s hybrid design can easily top with an estimated range of 1,200 miles on a full tank of 220 lbs of hydrogen.