Hyperloop One wants to build a real, working Hyperloop – but it’ll need strong partners to make it a reality, across both industry and government. That’s why, in part, it held a global competition requesting proposals for routes around the world. The winners of that competition have now been announced, and the resulting routes span the U.S., the U.K, Mexico, India and Canada.

Hyperloop One has assessed each proposal from hundreds of teams who applied from around the world, examining the potential of each from the perspective of infrastructure, technology, regulatory environment and transportation concerns. AS a result, it identified the strongest candidates with the following routes: 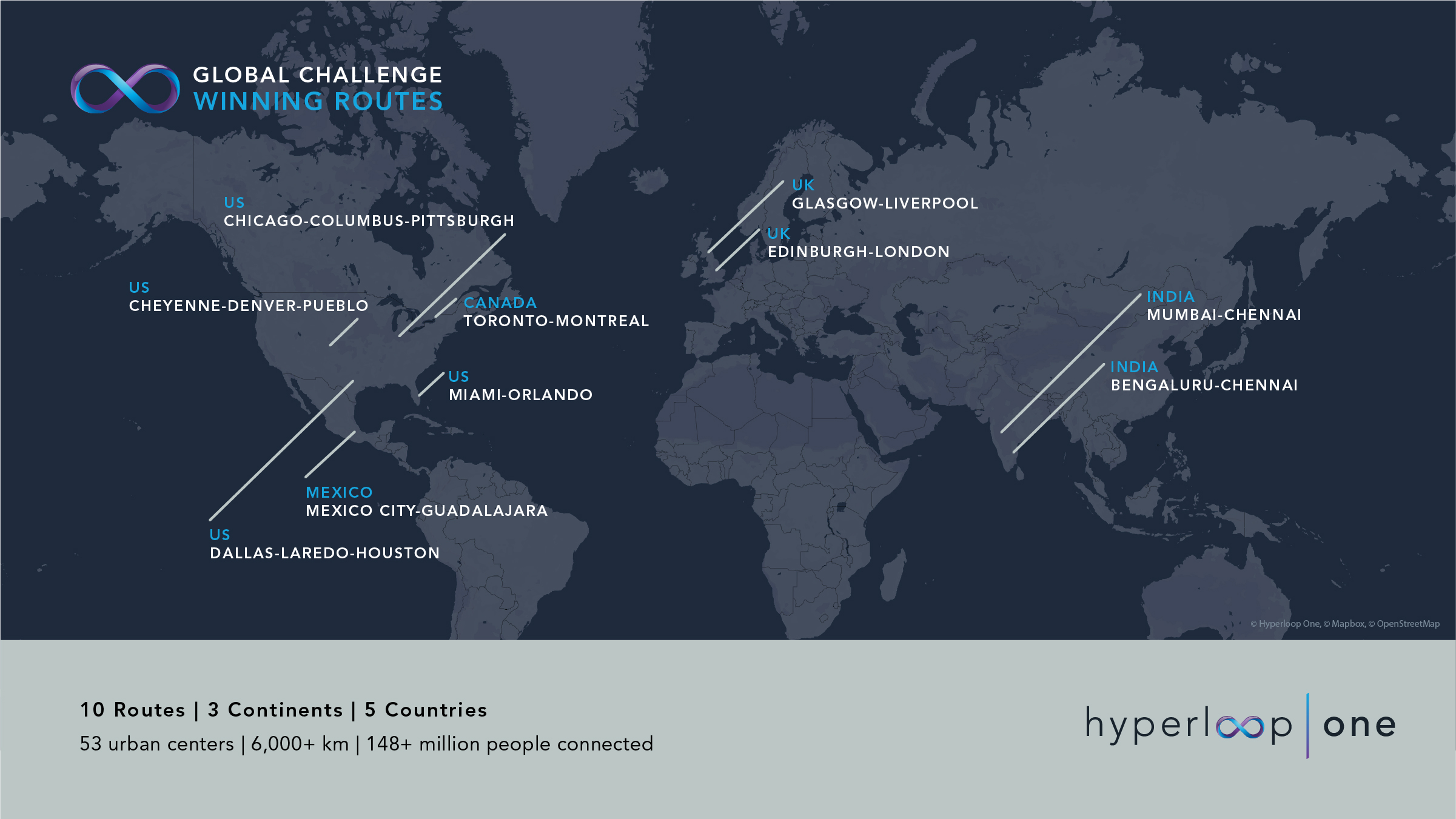 I’m a bit biased towards the Toronto to Montreal route personally, but the next step for each of these winning teams will be a validation process conducted with Hyperloop One to do some in-depth analysis on each route, establishing things like ridership forecast and building a fully fleshed out business case for each. Hyperloop One will be hosting workshops in each of the above countries to help with this process, and to meet with stakeholders and help establish necessary partnerships.

Overall, Hyperloop One points out that these winning teams represent a combined population of almost 150 million people, with routes that would link up 53 urban centers around the world and span a total distance of 4,121 miles). The company’s goal is to build transportation networks for both people and cargo, using super low pressure sealed tubes and pods that float along a track using magnetic levitation, based on a technical concept first proposed by Elon Musk.

Hyperloop One also plans to continue to work with 11 other finalists on their proposals to build them out, and, as a result of this contest, it has entered into more formal public-private partnership with the Colorado Department of Transportation to conduct a feasibility study on the Cheyenne-Denver-Pueblo route.

The goal of Hyperloop One in terms of getting actual operational Hyperloops up and running is to have three routes working in a commercial capacity by 2021, so this is a key step towards helping accomplish that.