While Tampa Bay residents are beginning the process of removing the sandbags from their homes and getting back to the business of daily living in the aftermath of Hurricane Irma, the city’s multi-millionaire real estate developer, Jeff Vinik, is busy with plans of his own.

Last year, Vinik and Bill Gates’ Cascadia fund jointly acquired a swath of waterfront property in Tampa Bay.The two intend to turn the $3 billion parcel of real estate into a model of intentional urban development. And an integral part of that, Vinik tells me, is bringing technology investment and entrepreneurship to the city.

We’ve heard this song before at TechCrunch, with a seeming endless stream of cities from Coeur D’Alene, to Charlottesville, Va., to New Orleans planting a flag for technology development and business incubation. What’s different is that Vinik is putting his capital behind these projects.

These days, the conversation has taken on a new dimension: Amazon has announced that it plans to build a second headquarters outside of Seattle somewhere in North America. That’s leading a lot of people to speculate about where it might choose, and thus which city might be the lucky recipient of a huge tech boost from one of the biggest companies in the space right now. Tampa could potentially be another addition to that list.

And Vinik could help make that happen. Essentially Vinik wants to link the big corporations who are looking for new sustainable technologies to complete the real estate development project he’s financing with the startup companies that he’d help back. It’s all part of a broader effort to bring the tech industry to Tampa Bay by finding out what technologies companies in Tampa Bay need.

The first step in the process was to bring in DreamIt Ventures in to serve as the in-house accelerator program for a cohort of companies that will work hand-in-hand with the developers on the project Vinik and Gates are financing.

Vinik tells me he’ll commit 20 percent of the $50 million Dreamit is hoping to raise for its third fund and will be looking to commit an additional 20 percent to another $50 million to $100 million fund he hopes to raise to woo companies down to Florida.

“We have every raw material in this region to actually boom over the next couple of decades,” Vinik says of his slice of Eastern Gulf real estate. “Tampa Bay to Orlando will be the next region.”

The problem Vinik says, is brain drain and a lack of opportunity for a more entrepreneurially minded Floridian. And he sees the solution in the kinds of communities that have sprung up in places like Austin, Chicago, Detroit, and even Denver.

“After all of that … just from listening… I realized that one of the first things we do is set up an innovation hub,” Vinik says.

For DreamIt, the move to Tampa fits with the firm’s continuing evolution away from the typical accelerator approach used by firms like 500 Startups and Y Combinator. By partnering with the Vinik project, and focusing on urban tech that can be deployed in the new community that’s being developed, DreamIt’s approach begins to look more like Techstars, which has accelerators focused on geographies, industries, and accelerating corporate innovation. 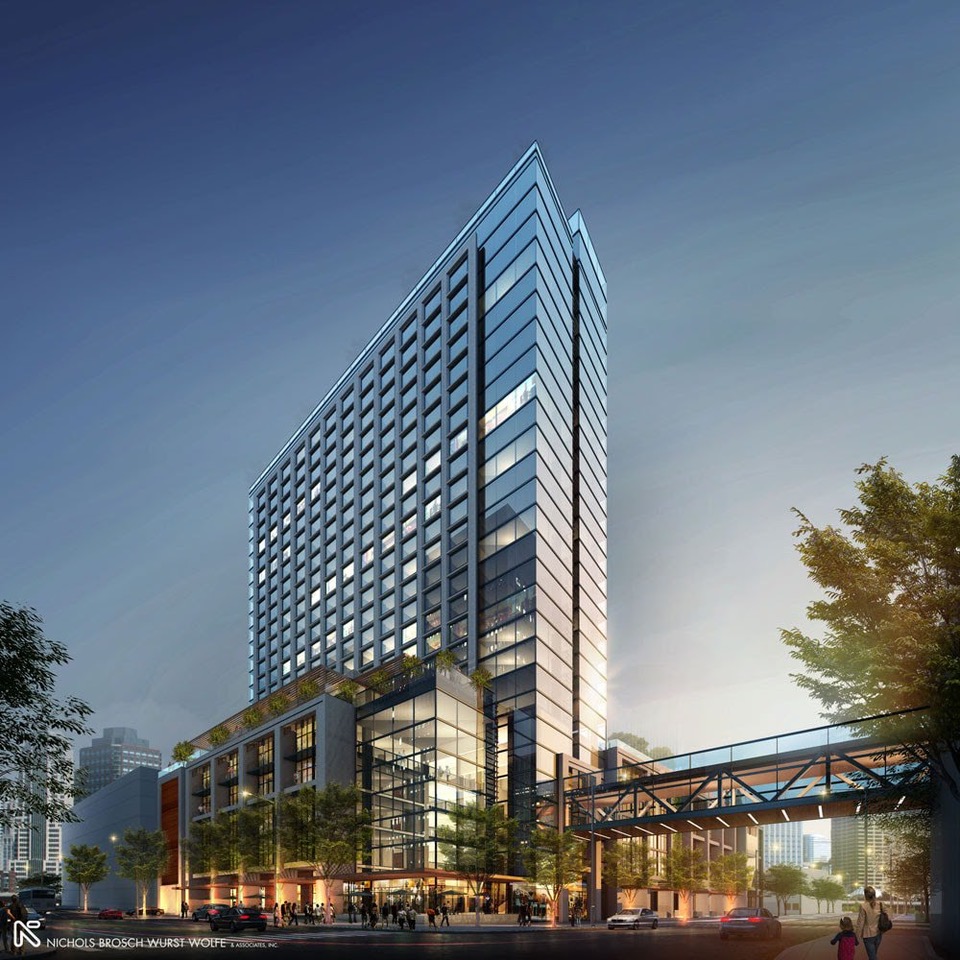 While the firm has no particular background in urban tech, what it does have is a model that aligns well with startups at varying stages of growth, according to Andrew Ackerman, the New York-based partner who’s heading up Dreamit’s new urban tech initiative.

Traditionally, Dreamit has focused on education and healthcare, but the firm’s approach is to partner with large corporates that can become either channels for startups to bring their technology to market, or buyers of the technologies and services themselves.

That’s a model for success in any industry, according to Ackerman.

For his part, Vinik is hoping that Tampa will become a more permanent home for Dreamit and its program. “Dreamit is a cricital part of this,” he tells me.

Vinik, also the owner of the local hockey team and a former manager of Fidelity Investments’ Magellan Fund, is looking to commit a not insignificant portion of his wealth to the next Dreamit fund and establish another, later-stage fund, to invest in tech companies around the region.

“We’ve been dating this year, and there’s a good chance that we get married in 2018 — and that would mean two cohorts per year,” Vinik says.

Not even a hurricane could ruffle the commitment, in part because Dreamit does much of its early mentoring remotely.

The firm has already chosen the first nine startups that are participating in the Tampa Bay accelerator program, and they held their first meeting on Monday as Irma bore down on the city.

In a remote video conference, the leaders of Bignay, Cityzenith, Ecomedes, Energy Intelligence, Flower Turbines, Knowify, Lotik, Raxar, and Twist Homes (I’ll describe what the companies do in a minute) got their first taste of what the Dreamit program would entail. 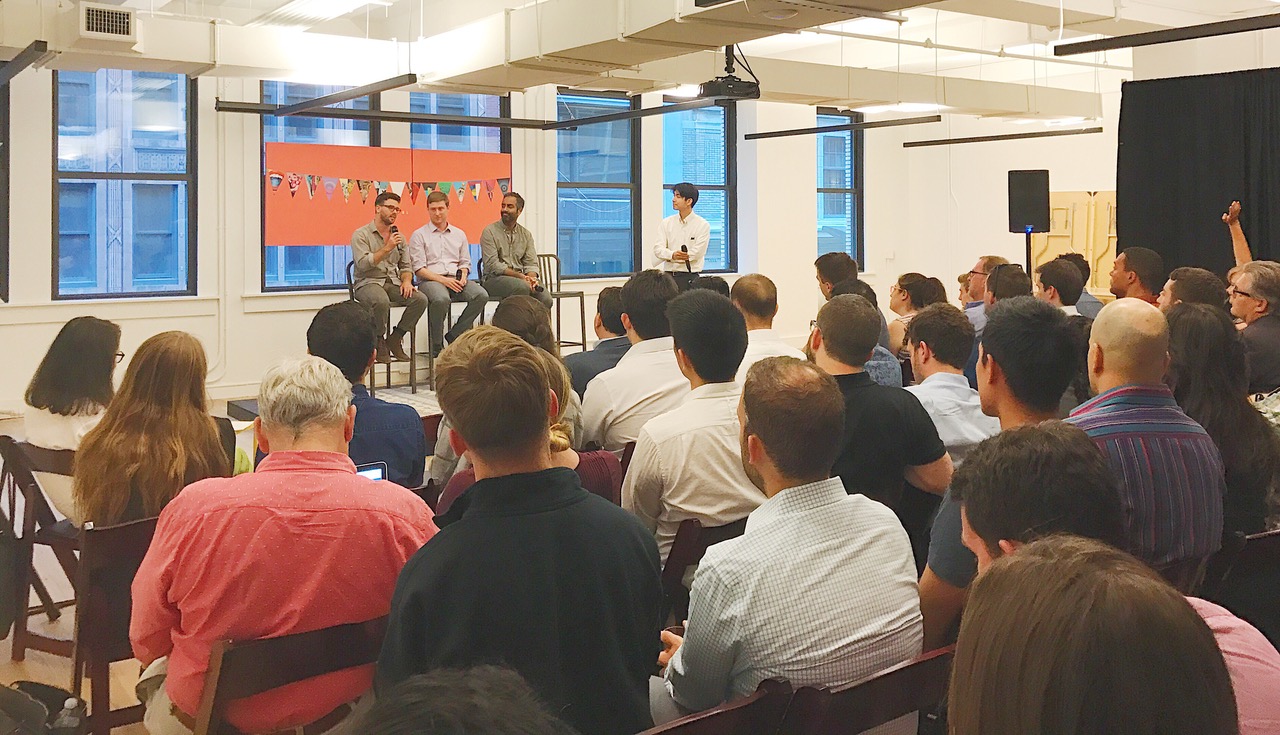 Part of the pitch from Dreamit, and draw for startups, is the program’s focus on getting its companies in front of companies as a part of the incubation process. For this cohort that means working with companies including COOKFox Architects, Skanska, Suffolk Construction, which are all working on the Water Street Tampa development. Other partners include Newmark Grubb Knight Frank, Odin Properties, and others.

This is all part of Vinik’s and Gates’ Cascadia Investments larger $3 billion revitalization plan that covers 53 acres and will have 5,000 new homes, 2.5 million square feet of office space and come in a built environment of 9 million total square feet.

Here’s that full list and a brief description of the startups in this first Dreamit cohort (and I have to say that a few of these don’t sound half bad… or all bad).