Samsung’s Galaxy Note 8 launches with more baggage than have previous smartphones in the lineup: Its predecessor’s recall problems ended up killing the phone entirely in most markets. But the Note 8 also has a lot to live up to in the other direction, thanks to the success of the S8 and S8+, both of which boasted industry-leading design and propelled Samsung’s smartphone business to new heights.

The Note 8 is then a big device in many ways, but what it represents most of all is a maturation of the phablet form factor, or the gigantic screen phone, which the Note basically created – or at least popularized. This version of it, as I said before, seems like it takes the big display concept from outlier specialist hardware to mainstream mainstay; in practice, that’s exactly what it’s done after a week or so of testing.

I use big screen phones for practical reasons – the large displays are useful if I’m ever in a pinch and need to do some photo editing or article writing on the fly, and they’re also great for consuming content, including both text and video. But if I was picking a phone based on preferred ergonomics and design alone, I’d opt for a smaller device every time (which is why I enjoy the Essential Phone so much). 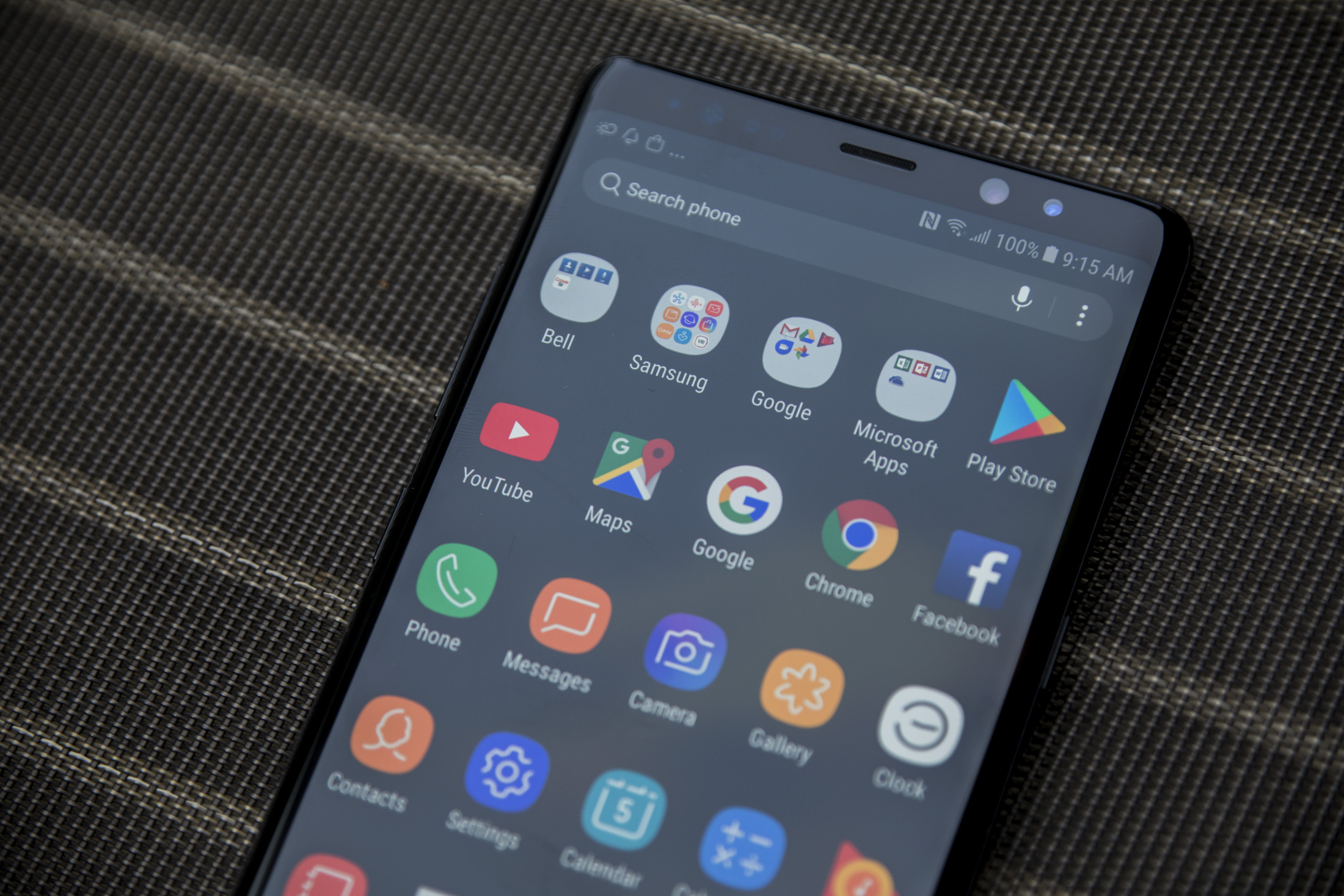 The Note 8 is the best balance out there right now between an extremely generous display size, and a device that actually fits the descriptor “mobile.” Its 6.3-inch display gives you a long, gorgeous column for easily gobbling down long sections of text, and it’s a stunning device for viewing photos or videos. Samsung’s video enhancer also works wonders here, bumping up brightness, contrast and saturation to make video content, including Netflix HDR, especially pop automatically when you use those apps or view videos on the web.

In terms of footprint, the Note 8 isn’t that far off from the iPhone 7 Plus, and is in fact narrower (though also slightly taller). It’s the same size in terms of how it feels in the pocket, however, and perhaps a bit more manageable in the hand (though reaching for that top left corner will still be a stretch).

When you add the S Pen into the mix with the Galaxy Note 8, which ships with the phone and is spring-loaded in the bottom left corner, and so always easy to access, what the Note 8 becomes is the ultimate productivity smartphone. It’s the easy choice for anyone who wants to get their work done on the go, but who generally sticks to a phone above all else, which these days includes a lot of execs and busy business travellers. 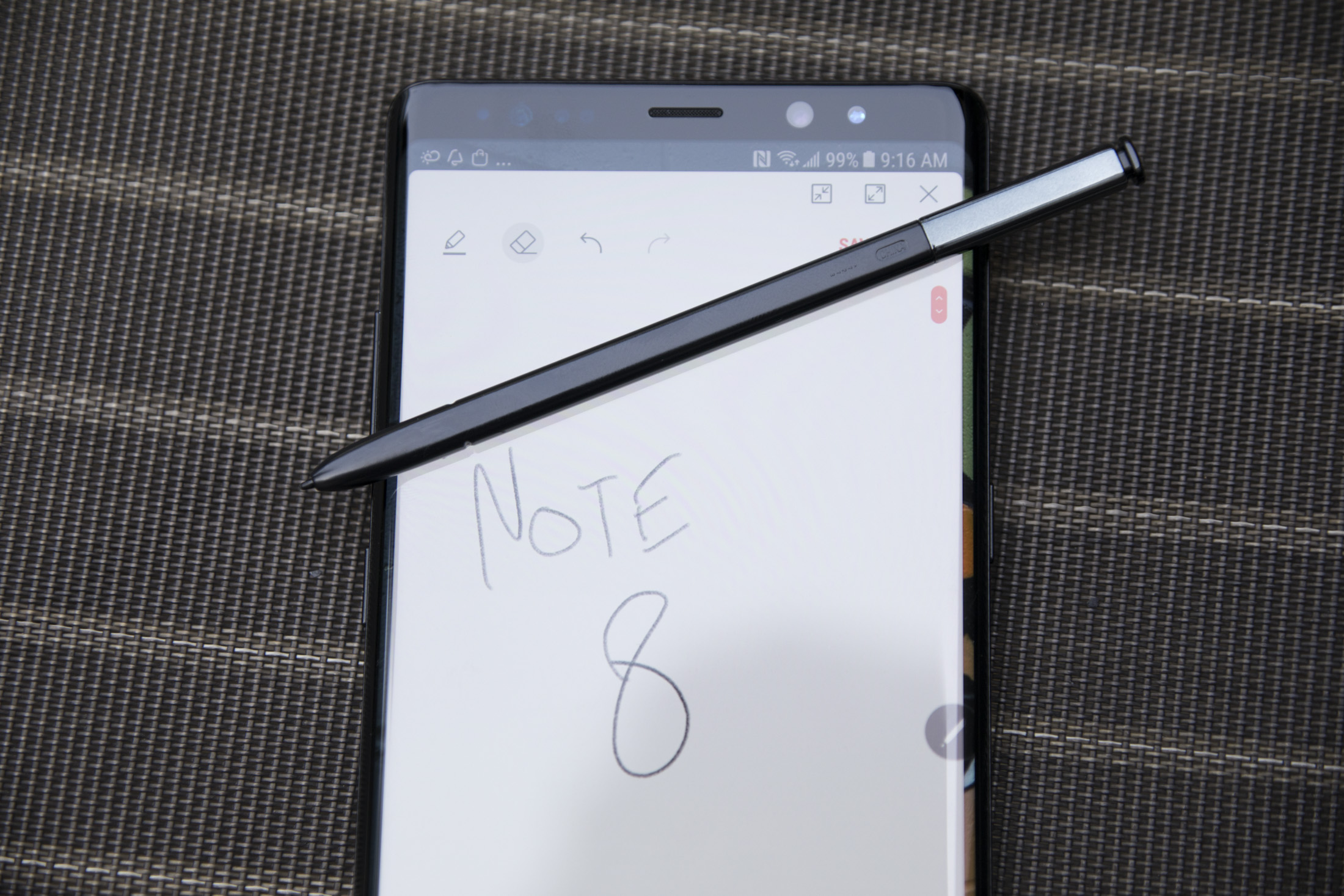 The Note 8 is also an appealing choice for creatives and artists, since the S Pen actually performs incredibly well when used with apps like Autodesk’s Sketchbook and ArtFlow, displaying impressive performance in terms of both latency and pressure sensitivity. If you’re the type of person who likes to have a pocket notebook or sketchbook handy, the Note 8 is also for you.

Combined with the camera system, which offers industry leading performance in my opinion in terms of both its artificial depth of field effects and general snappiness, the Note 8 is no longer an outlier device – it feels like the true Samsung flagship, and a vision of productivity done right in the age of mobile device dominance.