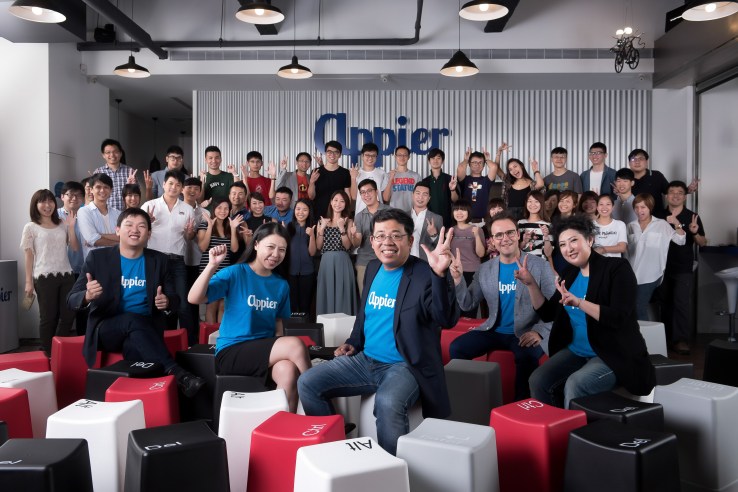 This brings Appier’s total funding so far to $82 million. Lead investors in its previous rounds included Sequoia Capital and Pavilion Capital. Appier co-founder and CEO Chih-Han Yu says its Series C will be used to grow its engineering and research and development teams in countries outside of Taiwan, including Singapore.

Appier intends to continue deepening its reach in Asia before it considers expanding into other regions.

“We are focused on internet companies in Asia and I think this round of investors gives us great partnerships to expand all over Asia,” says Yu.

SoftBank Group and Line Corp. are both headquartered in Japan, while Naver Corp. is one of South Korea’s largest internet firms. Both countries are among Appier’s largest markets in north Asia. (While SoftBank Group’s $93 billion Vision Fund is currently in the spotlight for its unprecedented investment spree, Appier’s funding came directly from SoftBank Group). EDBI represents Southeast Asia, another important market, while AMTD is a link to Hong Kong.

When Appier was founded in 2012, its focus was on cross-screen advertising, which Yu says served as a launchpad for its other solutions. Now it has two main products. The first, called the CrossX Programmatic Platform, was created to let companies apply artificial intelligence to their digital marketing campaigns. The second, Aixon, is a data intelligence platform that helps companies understand and predict customer behavior. Thanks to its roots in cross-screen advertising, Appier has a strong graph of user data that serves as the foundation for its predictions, Yu says.

“Marketing was a starting point for us to first engage with companies and also find a lot of great partners to work with,” says Yu. “Over the years we saw the strong need many companies have that want to use AI to solve multiple problems, analyze and have deeper insight into their users and also better understand forecasts of user behavior.”

For example, one cosmetics company uses Appier software to synchronize data from across different departments and sources, including retail sales and its apps. CrossX helps its marketing team figure out how to increase customer engagement, while Aixon gives them more detailed insight into groups of customers, including which ones are most likely to turn into repeat customers and when they will probably want to buy products again.

Appier currently works with three main categories of businesses: consumer brands, e-commerce companies that already have a lot of user data and want to add more prediction layers and mobile commerce or game developers that need to figure out user engagement patterns for online-to-offline services or in-game behavior.

In a prepared statement, Ren Tanaka, SoftBank Group’s corporate officer and deputy head of business, said “AI, combined with big data, IoT and other disruptive technologies, is going to create an impact on the world that will be bigger than the Industrial Revolution. We are already starting to see AI generate benefits in many parts of our lives and believe it also has a great role to play within the enterprise. Appier’s approach to AI for the enterprise is unique and we look forward to partnering with them as they build exciting new AI solutions for business.”