Lionel Richie, the multi-platinum record selling singer-songwriter, has been bitten by the startup bug.

Richie is joining a slew of other prominent celebrity investors in Los Angeles and tapping some of his wealth to back young startup companies.

His first investment, in the healthcare startup, Heal, is a taste of more to come for the singer, who said that he was inspired by the energy and creativity coming from LA’s newest industry — technology.

Because developing a doctor-on-demand service that would allow personalized medical visits, booked through an app on a user’s phone is exactly what a new healthcare startup should do, Richie told me. Especially one that only charges $99 per visit.

For him, the Los Angeles-based company offered a return to the quality healthcare he was used to growing up in the small town of Tuskegee, AL.

Instead, doctors would come to a home and diagnose and treat a patient.

The idea that technology and a new business model could be used to bring back a degree of service that has been long-gone from the U.S. healthcare system struck a chord with Richie.

“When I met with Nick, he said ‘Here’s the pitch: we want to bring back affordable healthcare with doctors coming to the house in less than two hours,” Richie said of his first meeting with Heal founder Nick Desai. “And I said… are you kidding me… from there it was pretty much a question of how could he pull this off? And when I realized they had actually pulled off the logistics of it, that was it… It was pretty much what I love.” 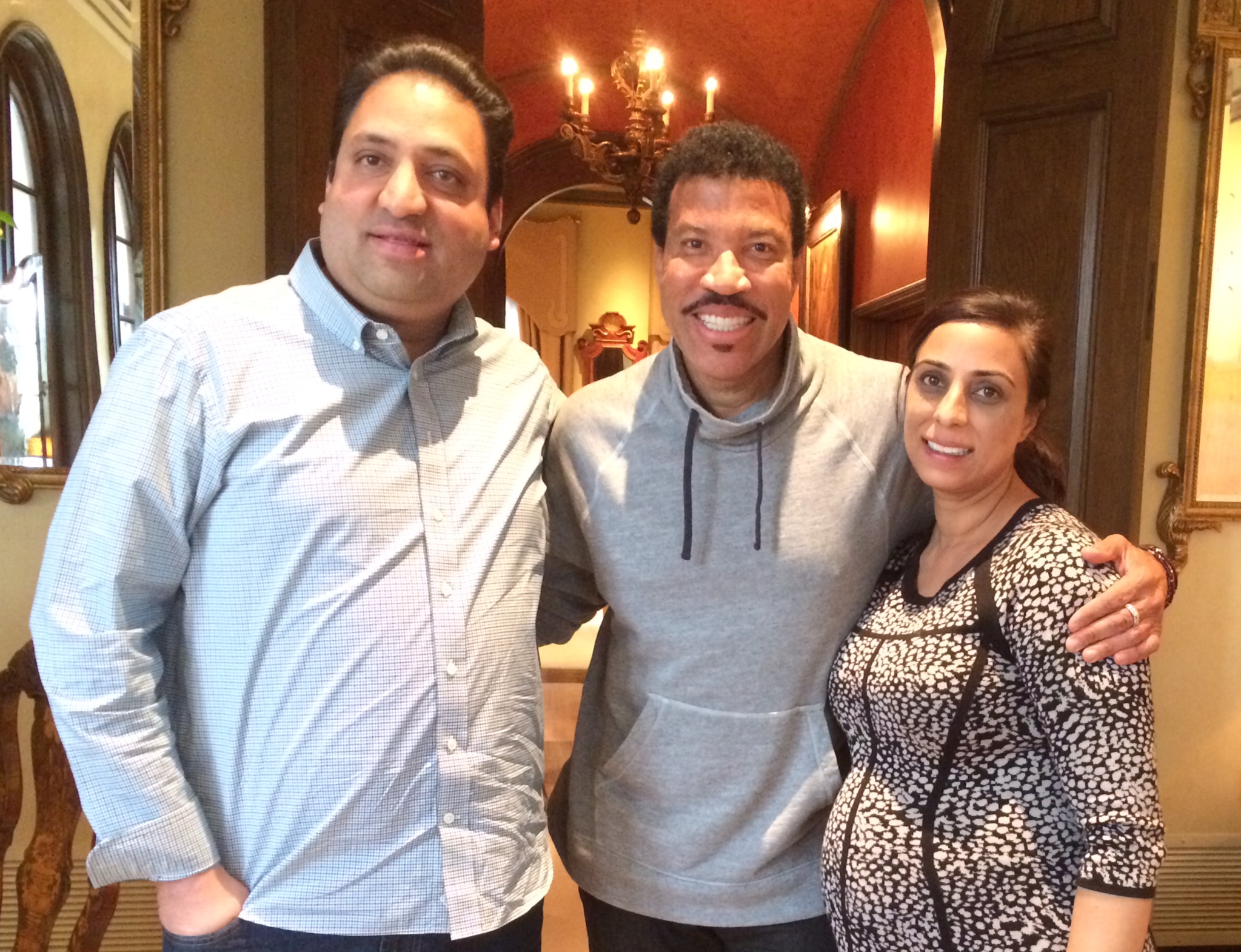 Normally, Richie doesn’t talk a lot about his tech investing (he was an early investor in Microsoft), but Heal… and the startup world and entrepreneurial energy he represents, is something the singer can get behind.

Now, he wants to tell founders… “Hello“. He’s wondering where you are, and wondering what you do, because if you’ve got a compelling idea for a business, he’ll back you.

“I’m going to let the secret out of the bag,” Richie said. “This is my new pastime. I had a choice: do I play tennis on the weekends or do I call up my tech friends and say what’s new?” he tells me.

Over the past two years, Richie has gotten to know some pretty influential tech friends. The singer says he counts both Yuri Milner and Elon Musk as friends, and, in fact, it was Milner who got the multi-platinum selling, Grammy-winning, Oscar-winning, and Golden Globe-winning singer involved in the startup world.

“Yuri is my entrée,” Richie told me. “Yuri is the one who got me with the bug… I find that when I speak to him he has one one more fascinating thing to tell me after another.”

What’s more, Richie no longer has to leave Los Angeles to find great startups, he said. “Silicon Valley and its innovation is moving here. That innovation is a new wave of creativity. And I can’t help but want to be a part of that future.”