Last month, a team of MIT engineers launched Jungle Hawk Owl from the back of a compact car. It was the first flight for the 24-foot-wide drone, which the team believes is capable of staying in the air for five days on a single tank of gas.

The craft was designed to address a challenge posed by the U.S. Air Force. The teams were asked to design a UAV (unmanned aerial vehicle) powered by solar energy that was able to stay in the air over long periods. The idea was to design a vehicle that could help deliver communications to areas impacted by natural disasters or other emergencies. Weather balloons have traditionally been the choice, but they drift with the wind and often don’t stay in the air long enough to be really effective.

Several teams at MIT’s Beaver Works lab got to work on the problem, soon abandoning the solar option. According to team co-lead, Professor Warren Hoburg, current solar technologies would require a much larger drone with a much larger surface area for panels, coupled with a large, heavy battery. Solar also runs into issues during the winter months and at latitudes far from the equator because of shortened daylight hours.

“It’s true that it’s less appealing to be running on gasoline [than solar],” he tells TechCrunch. “But building the solar airplane would be a big boondoggle. With the design we chose, we’ve already had a first flight. It was easy to build compared to the other aircraft available, and the cost and fuel consumption are really low. We spent more fuel getting to the launch site than flying the airplane for three days.” 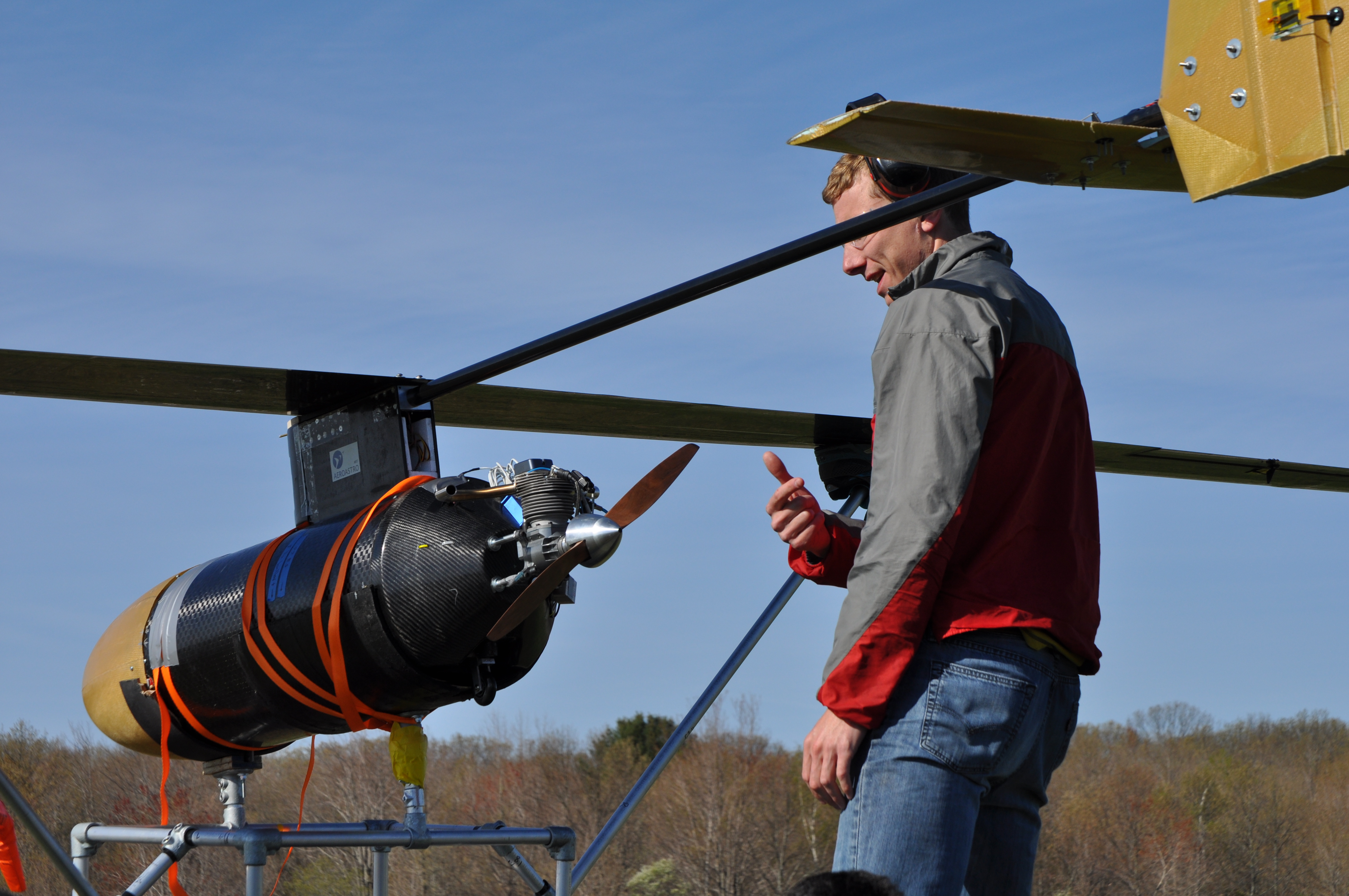 The winning team designed a prototype of the drone using  GPkit, a Python-based modeling tool designed by Hoburg. The final design was built out of lightweight materials like carbon fiber and Kevlar, weighing a total of 55 pounds (closer to 150 with payload and a tank full of gas). The parts can be easily dissembled and shipped to affected areas and the payload is the perfect size for carrying a shoebox-sized communication device designed by MIT’s Lincoln Labs, which helped support the project.

In addition to supporting areas in the wake of a disaster, the team believes the drone could go a ways toward helping tech companies like Google and Facebook achieve their longstanding (and in one case recently abandoned) dream of delivering internet access to rural areas. But there’s still a lot of work to be done, and the school is working with the FAA for permission to keep the drone in the air for the full five days as it continues its testing over the summer.