Mobike, the Chinese bike-sharing company that raised $600 million last week, has lifted the lid on its plans to expand beyond rides and move into services.

The company announced last week that it plans to expand to reach 200 cities before the end of the year, many of which are expected to be outside of China. But, as if that ambitious target wasn’t enough, the company is also working to introduce a range of services to take it beyond transportation, CTO Joe Xia told the audience at the TechCrunch China event in Shenzhen this week.

Services, such as point-to-point deliveries and other logistics, are “coming soon,” Xia explained.

“We will start from a few cities in trial, [and] once it works we’ll expand to cities across the world,” he said.

That implies that the launch is also contingent on the globalization of Mobike, which claims as many as 25 million riders on peak days and over 100 million registered users. To date, it has entered Singapore and announced plans to expand to Manchester before the end of this month.

Close rival Ofo is hatching worldwide expansions, too, as its CTO Austin Zhang explained separately at the Shenzhen event. 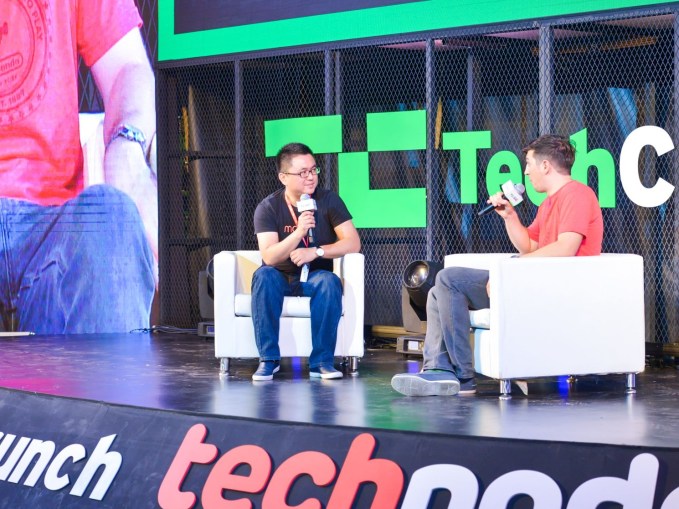 Already, though, Mobike has begun to test some local commerce services in selected cities, Xia revealed.

“You go there and show your [biking] track [in the app] and get discounts,” he said of the pilot tests. “This gives people more opportunities to connect with offline shops.”

“Bike sharing will change the business models,” Xia added. “We make people connect with the bicycle and the bicycle connect with different scenarios. It can get to places that subways, buses and cars can’t — that makes the service more reasonable than any location services today.”

Mobike hasn’t made a strong push so far, but that hasn’t stopped businesses from embracing its bikes en masse already. The Mobike CTO said he has held conversations with major corporates around the potential for a product aimed at business users who already rely on the bikes for deliveries, commuting and more. The business case is something Mobike plans to address with a dedicated service soon.

Another area where Mobike may monetize in the future is around data.

Currently, the company — and its ‘Magic Cube’ data team — work selectively with government bodies to aid with city planning, maintenance and operations. It formed an alliance with 12 institutions for the purpose of sharing data which can be packaged for insights and analysis. That’s because, as Xia admits, there’s a limit to what the company can do with its raw data, so putting it in the hands of experts squeezes out additional value and knowledge. 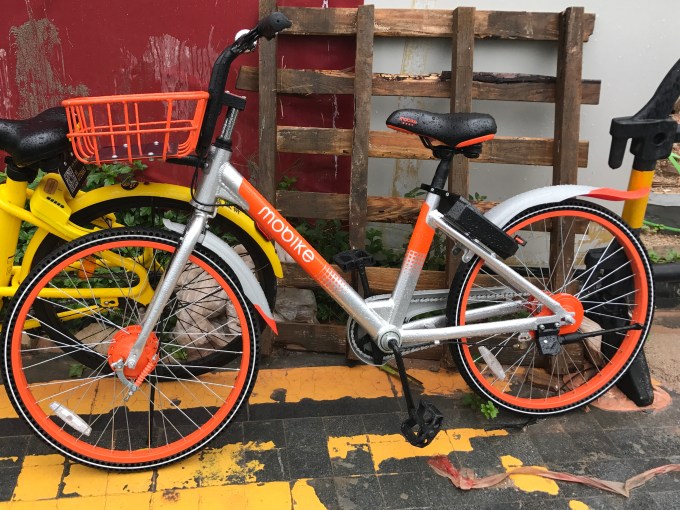 A Mobike in Shenzhen, China

For now those data alliances are opportunistic and unpaid, but Xia conceded that it could become a lucrative business line further down the line.

“In the future, there’s a lot of opportunities for us to [package data] in different ways as we’re a very different product from what you have today, e.g. search and social,” he said.

First up, though, the international expansion is the foremost priority, and Xia is proud of the internet-of-things platform that his team has built in collaboration with some of the world’s most recognizable tech names including Qualcomm, Vodafone, AT&T, Cisco and Ericsson. Essentially, it allows Mobike to manufacture bikes in China which can be placed in any country without requiring adjustment or tuning for local service providers.

“The global IOT platform is crucial to our aggressive international expansion,” he explained on the side lines of the TechCrunch China event.

“Different countries have different [standards for IOT] and that can bring a lot trouble [that will] slow us down. Our unified platform means we can build hardware in China and drop it into any country without modification,” he added.

So, in practice, a bike made in China can be shipped to the UK, U.S. or any other country as needed, saving time and cost when kitting out new or existing cities with bike supply.

That’s a good reason to be bullish on Mobike delivering on its hugely ambitious target to double its reach to 200 cities in 2017. Supply is one thing and demand is another, of course. The big question is whether overseas markets will take to the service as consumers in China have done — time will tell on that one.